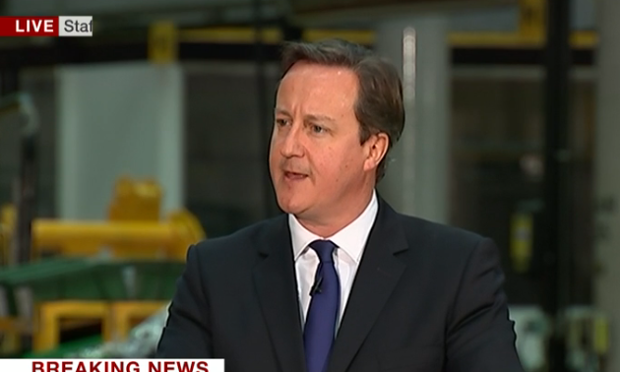 Following David Cameron’s speech on immigration, much has been made of his comments that the package of measures he proposed to reform EU free movement would require treaty change.

In some cases, the speech was ambiguous about what exactly was being proposed. For example, did Cameron really say EU migrants will need a job offer before coming to the UK? This is important because it has legal implications regarding whether some, all, or none of the proposals require treaty change, changes to secondary EU legislation or simply changes to domestic law. Although, politics will of course also play a major part.

In addition, some have questioned whether the proposal, outlined by Professor Damian Chalmers and our Research Director Stephen Booth and adopted by Cameron, to limit EU migrants’ access to in-work benefits for a certain period of years could be achieved without treaty change, as the authors claim.

Today we have published  Chalmers’ and Booth’s assessment of the legal implications of the measures proposed in the Prime Minister’s speech and a restatement of the case for why access to in-work benefits can be restricted via amendments to EU legislation rather than a treaty change.

Safe to say much of this is legally complex, but below is a summary of a summary of a longer legal note by Professor Damian Chalmers, which you can read in full here.

David Cameron’s speech can be divided into four broad types of demand:

a) “once they are in work, they won’t get benefits or social housing from Britain unless they have been here for at least four years.”

This could be achieved via amendments to EU legislation: This is the most legally complex of the proposals but we argue that it does not require Treaty change for two reasons. Firstly, access to in-work benefits is currently granted in EU law by virtue of a piece of secondary legislation, rather than by the Treaty article on free movement of workers. Secondly, the Treaties grant considerable discretion to the EU legislature (the Council of Ministers and the European Parliament) to place restrictions on access to such benefits provided that the legislation facilitates free movement more generally (which the relevant Directive would continue to do), the restrictions are based on objective criteria and are not disproportionate to the objectives they pursue.

b) “If their child is living abroad, then there should be no child benefit or child tax credit at all no matter how long they have worked in the UK and no matter how much tax they have paid.”

a) “We want EU jobseekers to have a job offer before they come here and to stop UK taxpayers having to support them if they don’t.”

This depends on exactly what is proposed. If he meant that any EU citizen must have a job offer before they can come into the UK, this would certainly require Treaty change.

However, read in combination with the pledge to “stop UK taxpayers having to support them”, the proposal is better interpreted as suggesting that no social benefits will be granted to jobseekers. EU law already establishes that jobseekers are not entitled to social assistance and therefore such a reform would not require changes to EU legislation.

b) “We also want to restrict the time that jobseekers can legally stay in this country. So if an EU jobseeker has not found work within six months, they will be required to leave.”

In principle, the UK can already do this under its domestic law. EU law only grants a right of residence for more than three months to those who are employed, self-employed, and economically self-sufficient as well as their family members.

However, the ECJ has ruled that individuals cannot be expelled as long as they “can provide evidence that they are continuing to seek employment and that they have a genuine chance of being engaged”. While the onus is on the individual to prove this, clarifying what this condition means could be achieved by amending EU legislation. A hard and fast six month deadline would likely require Treaty change.

a) “stronger powers to deport criminals and stop them coming back…and tougher and longer re-entry bans for all those who abuse free movement including beggars, rough sleepers, fraudsters and people who collude in sham marriages.”

Those deported at the time of conviction can be refused re-entry under existing EU law. Indeed, the German government has said it will use its domestic law to impose re-entry bans of five years for those who commit benefit fraud. The potential difficulty is for those EU citizens with family in the UK, who may be able to appeal deportation under the rights to family life guaranteed by the European Convention on Human Rights.

In the case of significant criminal offences where the individual has served a long prison term, the deportation may be several years after the offence, and it is open to the individual to argue that they are a reformed character. This poses difficulties as the individual threat to public policy must be a present threat. Albeit this requirement is currently imposed by an EU Directive, we believe that, if the provision were repealed, there is a strong chance that the ECJ would reinstate it as a Treaty requirement.

b) “We must also deal with the extraordinary situation where it’s easier for an EU citizen to bring a non-EU spouse to Britain, than it is for a British citizen to do the same. At the moment, if a British citizen wants to bring, say, a South American partner to the UK, then we ask for proof that they meet an income threshold and can speak English. But EU law means we cannot apply these tests to EU migrants.”

This would likely require Treaty change: There are a number of judgments where the ECJ has stated that refusing to grant a non-EU national family member residence would violate the Treaty because it would discourage the EU citizen from exercising their rights to free movement.

Alternatively, it would be possible for new EU legislation to harmonise requirements on family reunification between EU citizens and non-EU nationals, so that the latter could only join the EU citizen in another member state if they meet certain requirements. However, this would entail harmonisation in an area (non-EU migration) where successive UK Governments have sought to limit the EU’s influence. Concern to prevent marriages to citizens from other member states being used as a vehicle for marriages of convenience can be addressed through tightening up existing EU legislation.

“So we will insist that when new countries are admitted to the EU in the future, free movement will not apply to those new members until their economies have converged much more closely with existing Member States.”

The UK could use its existing veto over new countries joining the EU to insist on these terms.