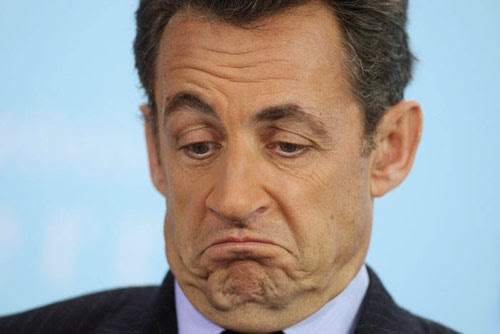 Nicolas Sarkozy took a further step on the road to his political comeback over the weekend, as he won back the leadership of France’s centre-right UMP party. The former French President secured 64.5% of votes in an online survey of UMP members, finishing well ahead of former Agriculture Minister Bruno Le Maire (29.2%) and outsider Hervé Mariton (6.3%).

Sarkozy was always going to win, but the outcome is most certainly below what he was hoping for. In 2004, he had sailed through the leadership election with over 85% of the vote. Still, he holds again the reins of his “political family” – to use his own words – and has already made at least two interesting announcements:

On this blog, we have noted how Sarkozy’s political comeback has the potential to really spice up the French debate over Europe. The former French President has this year repeatedly spoken of returning half of the EU’s powers to national governments. He also wants to scrap the EU’s passport-free Schengen travel area in its current form and replace it with a more selective ‘Schengen II’, which could only be joined by countries adopting the same immigration policies.

Sarkozy’s political strategy looks pretty clear: take a tougher, more ‘realist’ stance on Europe and immigration to stop the UMP losing voters to Marine Le Pen’s Front National. What is far from clear at this stage, though, is whether the new line will draw unanimous support from the rest of Sarkozy’s party.

Another important point to keep in mind is that the victory in Saturday’s party leadership poll does not automatically make Sarkozy the centre-right candidate for the 2017 French presidential election. A separate ‘primary election’ is due in 2016, when Sarkozy is going to face at least one much tougher rival: former French Foreign Minister Alain Juppé.

How that duel will end is anyone’s guess, but recent opinion polls suggest that Juppé would have a better chance of victory in case of an ‘open primary’ – where members of smaller centrist parties can vote alongside with UMP members to elect a single centre-right presidential candidate. Sarkozy has so far spoken in favour of an ‘open primary’, although he looks reluctant to involve the Democratic Movement (MoDem) in the exercise. The centrist party led by François Bayrou actually endorsed François Hollande in the run-off of the 2012 presidential election against Sarkozy, and Bayrou has made no secret of his support for Juppé as the centre-right candidate in 2017.

Finally, Sarkozy remains (directly or indirectly) involved in a series of pending legal cases that may well dog his campaign.