Will the new migration figures force the Tories to go one step further on free movement?

David Cameron’s hopes of getting back on the front foot on migration have been dealt a blow this morning – ONS figures show that immigration is up, and specifically immigration from the EU is up as well.

These figures are important for two reasons, firstly the timing – these figures come ahead of a much anticipated speech David Cameron is about to deliver on the whole subject. Secondly, the numbers when compared to two targets, firstly the Conservatives’ 2010 manifesto migration target of “tens of thousands a year not hundreds of thousands.” Secondly, the comparison to migration flows under Labour. Here are some of the headline figures:

Interestingly, while immigration is also up from the new EU member states, the longer term trend driving EU migration is that from the EU15. 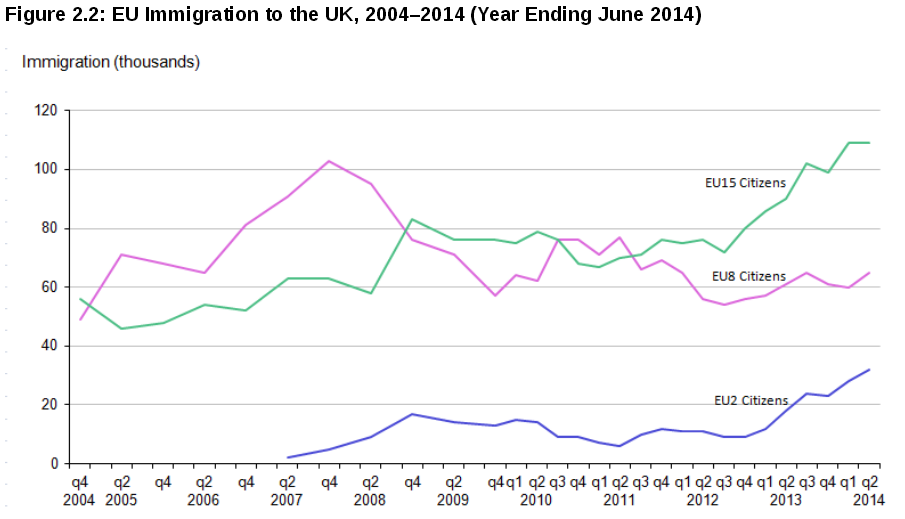 So how will all this play out? Well as you can see from the ONS graph below EU migration is not the largest component in total UK migration. That non-EU migration also went up for the first time in a while is politically significant.

However, EU migration is a large portion. The fact it is not showing any sign of decreasing will fuel trust issues over both the EU and migration. 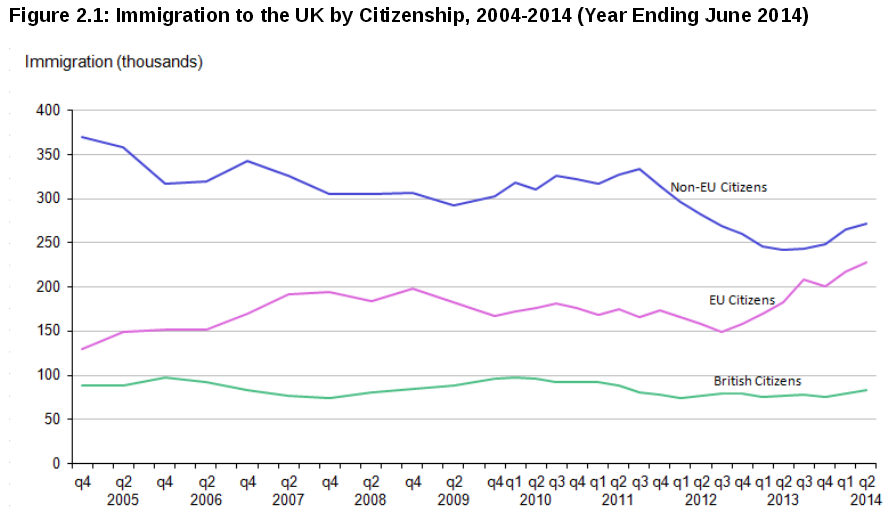 Politically, perhaps the most significant aspect here is that net migration to the UK is now higher than when Labour left office (but lower than the peak during the Labour government). Ukip and some media are already jumping on this. Ahead of the speech, there’s one key question:
Has the Tory leadership already ‘priced in’ today’s figures, or has this made a cap of some sort more likely?
Author : Open Europe blog team
Print