This is the name which has been given to the long touted €315bn investment fund which European Commission President Jean-Claude Juncker has put front and centre of his programme to deliver jobs and growth. The key points of the proposal (EC press release, Juncker speech, Katainen speech) are: 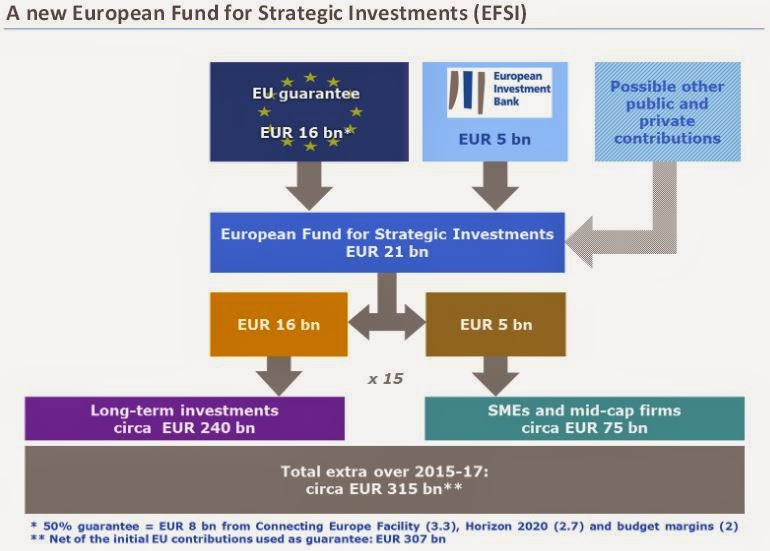 This is the opening salvo of a plan which has long been muted. Judging by the initial reactions, the plan leaves something to be desired. Some thoughts below:

Overall, the response from all sides has been very lukewarm. The plan seems very similar to previous iterations and, for better or worse, does not involve new money. Negotiations are likely to further impact the structure, while questions can be raised about the target and agenda included in the fund. The accompanying proposals for a project pipeline and improving regulation could be useful and tie in with plans for a single market in capital. That said, the EU’s track record on these fronts is not good and will likely take some time for any real impact to be seen.

**Correction: A previous version of this blog post said €294bn would be raised from private finance. However, the aim will actually be to use the €21bn as a guarantee on issuing €315bn worth of bonds on the market, meaning the entire €315bn will be private financing.