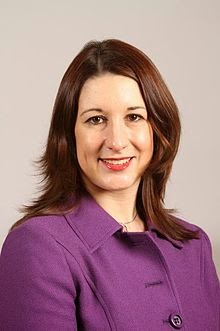 Iain Duncan Smith’s opposite number, Labour’s Rachel Reeves, has written an interesting piece on EU migrants’ access to welfare for the Mail Online, in which signals an important shift in Labour’s policy.

Last week we noted that IDS had set out that he wanted to restrict EU migrants’ access not simply to out-of-work benefits but also in-work benefits such as tax credits – something that our Research Director Stephen Booth and LSE Professor Damian Chalmers proposed in a recent Open Europe pamphlet.

Reeves sets out three proposals to reform the EU rules on access to welfare. Firstly:

“We believe that it is right to extend the period that EU jobseekers need to live and support themselves in the UK before claiming out-of-work benefits from three months to two years.”

This had been hinted at by senior Labour figures before. But, for the first time, Labour have said they also want to address in-work benefits:

“We must also look at the role of in-work benefits. It is far too easy for employers in Britain to undercut wages and working conditions by recruiting temporary workers from elsewhere in Europe on very low pay and with no job security, knowing that the benefit system will top up their income.”

“So while some have said that we cannot negotiate changes to benefits paid to people in work, I am determined to look at how we can deliver reform in this area too.”

As we have noted before, restricting access to this low-wage welfare supplement could reduce the incentive to migrate to the UK for the lowest paid jobs as the UK’s system of in-work benefits can make a significant difference to the incomes of the lowest paid.

And thirdly, Reeves has said:

“We will work with European countries to end the absurdity of child benefit and child tax credits being claimed for children living in other countries.”

This is near unanimous consensus among all the main parties on this point.

The change in stance on in-work benefits is significant and would have the biggest impact, and it is therefore interesting why this wasn’t given top billing in the article?