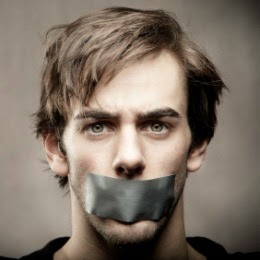 The Government – particularly the Tory wing of it – talks a very good game on the urgent need to strengthen the role of national parliaments in EU decision-making.

The UK Government (rightly) wants to negotiate a “red card” for national parliaments for example, giving them a chance to pull the democratic brake on EU proposals that go too far or aren’t proportionate. It has also talked about various other ways to strengthen the role of national parliaments and boosting scrutiny of EU laws in Westminster.

In his Bloomberg speech, David Cameron called for a “bigger and more significant role for national Parliaments” adding:

“It is national parliaments, which are, and will remain, the true source of real democratic legitimacy and accountability in the EU. It is to the Bundestag that Angela Merkel has to answer. It is through the Greek Parliament that Antonis Samaras has to pass his government’s austerity measures. It is to the British Parliament that I must account on the EU…Those are the Parliaments which instil proper respect – even fear – into national leaders.”

Well, the Government has just failed by its own standard – and badly.

As we pointed out this morning, despite the controversy surrounding the European Arrest Warrant, it was not explicitly included in the motion MPs will be voting on later tonight concerning the Government’s opt-in to 35 EU crime and policing measures. The reason is that the EAW has already been transposed into UK law, unlike 11 of the full list of 35 measures the UK is opting back into which will require secondary legislation – these 11 are the only measures listed in the Government’s motion.

This has provoked a storm of protest this afternoon including an extraordinary rebuke from the Speaker and MPs on all sides of the house:

You know it’s a bad day in the office when you’ve managed to unite both Bill Cash and Yvette Cooper against you…
— Sophy Ridge (@SophyRidgeSky) November 10, 2014

The Government had on several occasions committed itself to holding a vote on the EAW – although it was always likely to  be part of a package, and this is what most people were understandably expecting to take place today.

Following an Open Europe campaign for MPs to have a vote on the original decision to take the block opt-out which they were ultimately granted, in a subsequent letter to the Chairmen of the European Scrutiny, Home Affairs and Justice Committees of the House dated 31 January 2014, Theresa May and Chris Grayling said that:

“The Government will hold a second vote on the final list of measures we will formally apply to rejoin.”

This was seemingly confirmed by David Cameron himself during PMQs a couple of weeks ago when Ed Miliband challenged him on dodging a vote on the EAW due to opposition within his own party, and he responded that:

“There’s only one problem with his second question. Which is we are going to have a vote, we’re going to have it before the Rochester by-election. His questions have just collapsed.”

To which Miliband replied that:

“All I can say is I look forward to us walking through the lobby together to vote for the European Arrest Warrant, two parties working together in the national interest.”

It is hard to see why – given it stood to win any vote by a healthy majority given Labour’s support – the Government has decided to ensure that the EAW was not mentioned in today’s motion – one reason could be that today’s motion is not amendable. Had a more wide ranging motion been put forward, MPs might have used this as an opportunity to force a vote on an amendment.

However, the European Arrest Warrant (and many of the other 35 measures) encapsulates the very sensitive balance between civil liberties and democracy, on the one hand, and security, on the other, and it is exactly the type of issue that should be settled by a democratic vote in Parliament. Indeed, as we argued way back in 2010 when the European Union Act was making its way through Parliament:

“Policing, crime, immigration and asylum are issues are hugely politically sensitive and any decisions to sign up to new EU laws in these areas need to be thoroughly debated and democratically accountable. This should be Parliament’s job.

As it currently stands, the Government’s proposed Bill, although a significant step forward, fails to address the day-to-day transfer of crime, policing and immigration powers from the UK to the EU. So any decision to opt in to a proposal like the controversial European Arrest Warrant will not be covered by the lock.

Most importantly, European judges will have the final say over any law that the UK Government decides to opt in to. By definition, this is a transfer of powers. In other words, it’s a zero-sum game: every new justice or policing law the Government signs up to gives more power to the EU institutions at the expense of MPs, Parliament and the British courts. This is a big decision, which currently rests solely on Government Ministers’ discretion.

The EU’s growing ambitions in justice and home affairs deserve Parliament’s undivided attention. It is perfectly reasonable for MPs to demand the power to vote on these crucial decisions that the Government makes in the name of their constituents. In fact, it would be a dereliction of duty not to.”

It is hard to comprehend how the Government has contrived to create this problem for itself. And it is a very sorry state affairs indeed if a Government is able to say to Parliament ‘whatever this motion says, you are actually voting on X’. This episode will only further undermine public faith in politicians and parliament.

And it does not inspire confidence in the Tories’ wider renegotiation agenda.