When it comes to the EU budget, the bad news just keeps on coming

David Cameron and George Osborne might be forgiven for thinking that when it comes the EU budget, it never rains, it pours. Fresh on the heels of the Commission’s explosive demand for an extra £1.7bn for this year’s EU budget, the ONS’ annual Pink Book published this morning has revealed that the UK’s contribution last year stood at a whopping £11.27bn – much higher than the £8.6bn the Treasury had forecast (see page 14 of this HMT document) and a 32% increase on 2012. 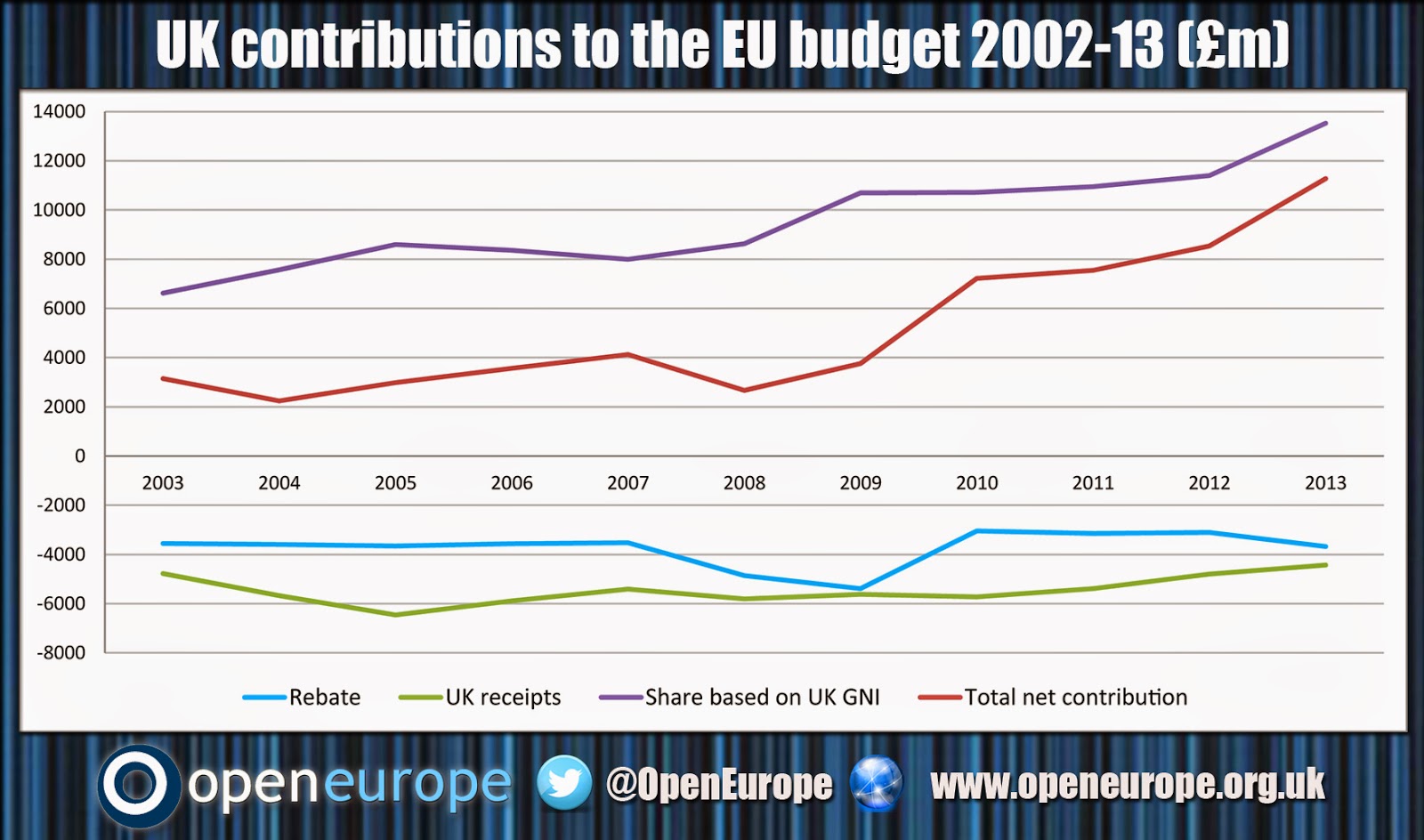 There are a number of reasons why there is such a large discrepancy:

Needless to say, this will only crank up the pressure on the government which is already in a difficult position vis-a-vis the EU budget, EU free movement and the European Arrest Warrant and will make it even harder for David Cameron to give any ground on the £1.7bn surcharge.