EU and Tory madness – but what has changed? 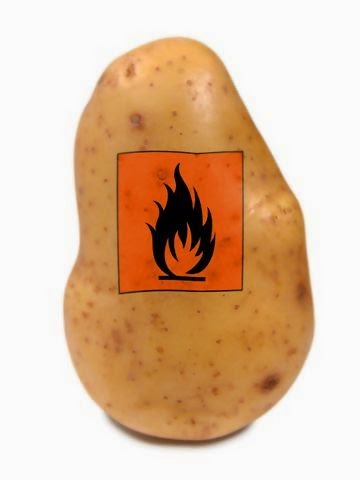 In Britain, “Europe” as a political issue has pretty much gone mad over the last few weeks. There has been a lot of rhetoric, but where are we in terms of substance?

Free movement: When asked about reports in UK media that David Cameron is considering proposing quotas for EU migrants, Angela Merkel told the Sunday Times: “Germany will not tamper with the fundamental principles of free movement in the EU”. This has always been the German position (Wolfgang Schäuble today echoed those comments). She added, “I spoke to David Cameron and we agreed to assess the [the upcoming ECJ verdict on EU migrants’ access to benefits] together. These are controversial issues that are debated also in our country. I am of the opinion that they need to be resolved in a way that tackles abuse.”

Hot potato factor: Medium to high. As we’ve always said, changes to the EU’s “fairness” regime – who can access what benefits and when – is fully possible. Caps will be much trickier. Yes, the politics around EU free movement have become massively complicated, with Tory politicians seemingly talking up the need to cap numbers – even though we may sense a bit of back-peddling on the more aggressive rhetoric (Michael Fallon’s comments notwithstanding). Remember, we have not yet seen a concrete proposal from No 10 and in terms of the basic positions in Europe, Cameron’s chances of achieving reform in this area are very much unchanged. This remains a moving target though and much can happen.

European Arrest Warrant and the “block” opt-in: This is the decision by the Coalition government to take advantage of a quirk in the Lisbon Treaty which allows the UK top opt out of around 130 EU police and crime measures, and then choose to opt back in to all, some or none of these measures, which means accepting ECJ jurisdiction over these laws. The opt out will take effect on 1 December – but the Coalition wants the Commons to vote to opt back into a package of 33 laws, including the controversial European Arrest Warrant.

Hot potato factor: Medium. Up to 100 Tory MPs have said they want to rebel and vote against opting in to the EAW. This is a debate that has been going on for some time and the big question was always how many MPs would vote against opting back in to the EAW. Theresa May and Michael Gove are now trying to minimise the rebellion and Lib Dem and Labour MPs will vote with the Tory leadership so the measure will almost certainly pass.

The £1.7bn cash demand: Due to changes to the way the size of the economy is calculated (ESA 95 NOT ESA 10), the European Commission has asked the UK to cough up another £1.7bn by 1 December – freakily coinciding with the bloc opt-in deadline. Cameron has vowed not to pay the money by then.

Hot potato factor: Off the charts. This is simply shocking. From the DG Budget people within the Commission not being able to explain where the changes come from – in fact briefing media the wrong information (out of ignorance not spin) – to officials in Brussels, London and elsewhere not getting the political explosiveness of the issue to Cameron seemingly being taken completely by surprise. Depending on how this ends, it has the potential to go down in history as one of the most mismanaged episodes in the EU, ever. Cameron can hardly pay up by December 1, but it’s also not clear whether he can block it (the decision will be taken by a qualified majority vote – see upcoming blog post), meaning that without a face-saving gesture – which, given the stakes, is still fully possible – the stage is set for a proper political crisis.

This is a new development, and in the short-term, far more unpredictable than the block opt-in or free movement debate.

Cameron will update the House of Commons today – it could be a long afternoon.