Why is the UK being asked to pay in more to the EU budget and what can it do about it? 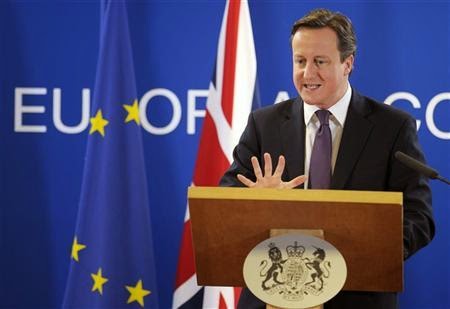 There are a number of headlines today around the EU’s request for a further €2.1bn from the UK in terms of its contribution to the EU’s budget.

Below we breakdown exactly how and why this has happened and what options the UK has now.

How has this happened?

Why has everyone been caught off guard?

What are the UK’s options now?

Open Europe’s take
While this does not necessarily seem to be a political stitch up from the EU there is no doubt that it is unreasonable and politically irresponsible. Retroactively taxing someone over 20 years is fundamentally unfair. The fact that the UK and Netherlands are being punished for doing better than expected and better than others almost encapsulates everything that is wrong with the EU’s approach – particularly when the Eurozone economy is struggling to find any growth.

Once again the EU has failed to learn any lessons from the previous budget negotiations and has helped to feed those who want to leave the EU, possibly ultimately shooting itself in the foot. Still, what’s interesting is that in a debate marred by splits, the UK political class is almost entirely united in its outrage against this move. It is ironic that in the week when one poll found British support for EU membership at its highest since 1991, the Commission has managed to unite everyone from Lib Dem MEPs to UKIP in outrage. If Cameron manages to resist the demand somehow, he would be able to score a massive victory.

Update 24/10/14 12:05:
One point to add regarding the refusing to pay option and the potential fines. On top of the potential fine from infraction proceedings mentioned above, the amount of €2.1bn will be charged 2.5% interest (standard 2% above the Bank of England base rate currently 0.5%), which increases by 0.25% for every additional month which the outstanding amount is not paid off. Such interest could clearly mount up very quickly and become very expensive. If the UK is eventually forced to accept £2.1bn figure, then it could clearly turn out to be very costly. Ultimately, though, if the UK is prepared to play hard ball, it would lead to a stand-off that will would need to be resolved by a political negotiation. Such disputes rarely reach such escalated levels and resolutions are normally found before costs mount up.