The UK’s Lord Hill is approved as EU financial services Commissioner – What next? 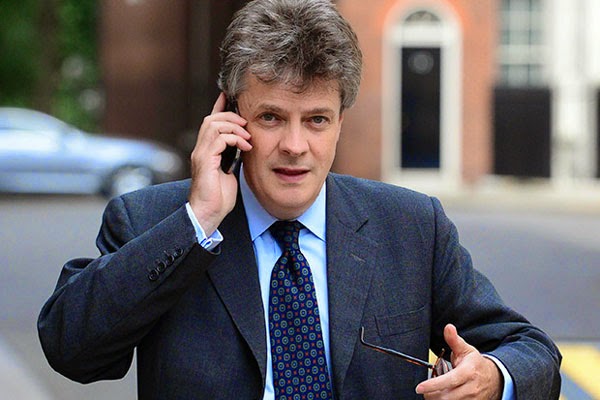 The final discussions and votes in the European Parliament’s committees over the nominees for the new European Commission are currently taking place with most of the results already in.

As expected, Lord Hill has been approved as new EU Commissioner for financial services by 42 to 16 votes. The vote was on his actual portfolio, meaning that despite some speculation, he wasn’t stripped of any of the responsibilities (i.e. ones relating to the banking union).

What does this mean for the UK?

As we argued here, the appointment of Lord Hill as EU Commissioner for financial services is a victory for the UK – but not a make-or-break issue in the wider context of David Cameron’s EU renegotiation strategy. The key negotiations will remain between national governments. We would also caution against drawing too much from Lord Hill’s comments in front of the European Parliament – as we noted, this is ultimately an exercise in telling the European Parliament what they wanted to hear and trying to please everyone. The key will be to judge Lord Hill on what he does and how he works with the likes of Frans Timmermans in trying to change the culture of the Commission. Clearly, however, it will be important for Hill to not forget to mind public opinion at home as, for better or worse, he will be seen as some sort of a bellwether for the UK’s approach.

What are the other verdicts of the day?

As for the other nominees, Finland’s Jyrki Katainen was approved for his role as Vice-President for Jobs, Growth, Investment and Competitiveness by 98 to 52. A surprisingly close vote, possibly reflecting a weaker than expected performance in the hearings from someone of whom many had high expectations but also the fact that he failed to convince the left that he is no longer an arch proponent of the austerity approach.

In spite of all the controversies about his ties to the oil industry and his declaration of financial interests, Spain’s candidate Miguel Arias Cañete has been approved as Energy Commissioner by 77 to 48 votes, but may face supervision by Commission Vice-President Frans Timmermans.

France’s Pierre Moscovici also got the green light from MEPs as new Commissioner for Economic and Financial Affairs, Taxation and Customs Union by 31 to 15 votes. There may be some less than enthusiastic reactions in the German media tomorrow, so keep an eye out for our daily press summary.

As expected, MEPs have rejected Slovenia’s Alenka Bratušek by an overwhelming 112 to 13 votes. Bratušek had been proposed as Vice-President for Energy Union, but has been judged ‘not fit’ to be a Commissioner, meaning that she will have to be replaced.

The vote on Valdis Dombrovskis will take place later tonight, but he’s also expected to go through.

Therefore, Bratušek is the only real ‘victim’ of the hearings. In addition, MEPs have also demanded that the Hungarian nominee, Tibor Navracsics, be given a different portfolio. Navracsics had been proposed as Commissioner for Education, Culture, Youth and Citizenship.

1) Timmermans becomes Cañete’s supervisor: It has been reported that Frans Timmermans could, in addition to his current portfolio, also become responsible for ‘sustainable development’. This means he would de facto supervise Cañete, and would also probably involve scrapping the post of Vice-President for Energy Union – meaning that the new Slovenian nominee would be handed a ‘lighter’ portfolio. As per Navracsics, he could perhaps keep the Education portfolio while being stripped of the Culture and Citizenship briefs.

2) Mini-reshuffle: Some reports have also suggested that Slovakia’s Maroš Šefčovič could become the Vice-President for Energy Union. Navracsics would become Commissioner for Transport and Space, and the new Slovenian nominee would get the Education portfolio. An alternative could be to make Austria’s Johannes Hahn the Vice-President for Energy Union, with Navracsics becoming Enlargement Commissioner and the new Slovenian nominee again taking the Education portfolio.

3) Tweaking portfolios: Another solution would be to give Navracsics, as in the first scenario, a ‘downgraded’ portfolio (i.e. without the Culture and Citizenship briefs), and keeping the new Slovenian nominee as Vice-President for Energy Union. However, the concerns over the seniority of the person and the ability to provide oversight of Cañete would remain significant.

Things are progressing in a broadly positive way for the UK and the wider EU reform agenda. However, whether the Commission will in the end deliver reform – and whether it can function well internally given the new structure – very much remains to be seen.