On Monday we will see the first hearings of European Commission nominees by the European Parliament committees responsible for their respective policy areas (full calendar here). The UK nominee, Lord Hill, will ironically be grilled by MEPs at the same time as David Cameron will be giving his closing speech to the Conservative party conference.
MEPs are not able to strike down individual Commissioners but they do have a veto over the Commission as a whole and have in the past used this leverage to force member states to withdraw nominees that they did not like; Rocco Butiglione in 2004 and Rumiana Jeleva in 2009 (although Jeleva also faced considerable domestic opposition). There has also been a lot of speculation that one or more nominees to the Juncker Commission could also be ‘taken out’ by MEPs (Alex Barker of the FT has a good round-up here). There will certainly be a hell of a lot of posturing – but are any of the candidates at genuine risk? We asses the most ‘problematic’ candidates below:
Lord Hill – Financial Services (UK) 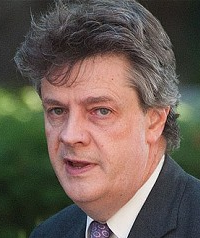 There has been a lot of speculation that MEPs will target Lord Hill (and some have already made it clear they will) but this is based less on reservations about his character or ability, and more to do with his record as a lobbyist, concerns about the UK being allocated the sensitive financial services portfolio, and hostility to the Conservatives’ EU policies more specifically. While MEPs will not give Lord Hill an easy ride it is highly unlikely that he will face any major problems given that this would be seen as a huge and unnecessary provocation towards the UK (with no chance of Cameron backing down and putting forward somebody else). Juncker has further lessened the risk by transferring the contentious issue of bankers’ bonuses from Lord Hill’s remit into that of Vera Jourova, the nominee for the Justice brief. 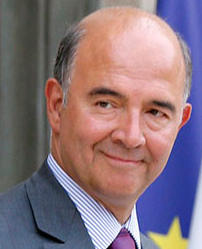 It is no secret that the appointment of former French Finance Minister Pierre Moscovici to this key portfolio is far from popular among conservatives in the European Parliament. Can Moscovici, whose country is consistently failing to meet the its EU deficit reduction targets, be credible enough to police eurozone countries’ budget policies? However, given that Moscovici will be effectively man-marked by two fiscally hawkish Vice-Presidents (Finland’s Jyrki Katainen and Latvia’s Valdis Dombrovskis), and also that it would be hugely unprecedented to reject such a high profile candidate from such a large member state (particularly given Francois Hollande’s recent problems), he should be safe. The only serious threat to Moscovici would arise if the centre-left S&D group tried to veto one of the centre-right EPP candidates (see below) and the EPP decided to retaliate, and they’ve hinted that in that case they would target Moscovici.
Prospects for survival = Strong 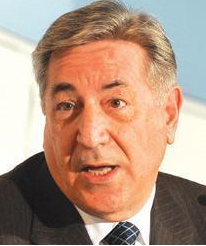 European Voice suggests that Vella could also be in trouble as MEPs are unhappy at Juncker’s decision to merge environment and fisheries and to give Vella a mandate for ‘deregulation’ in these areas, and also because Malta’s track record in implementing EU environmental laws is poor. However, Vella himself is not responsible for the design of the Commission and it should suffice for him to assure MEPs he will give both parts of his role equal consideration. He may also face some awkward questions about long-standing allegations of “political thuggery, tax evasion and corruption” in his time in Maltese politics, but these have never been proved and so it is unlikely he will be placed under serious pressure. 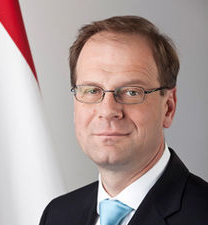 Hungary’s nominee was always going to be controversial due to the strained relations between the EU and the Hungarian government headed by Viktor Orban who has been accused of anti-democratic practices such as undermining media plurality and the independence of the judiciary – particularly sensitive given the portfolio Navracsics has been given. Is is clear that Navracsics will face a hostile audience but with the backing of the EPP it remains to be seen whether enough other MEPs will actively try to see him axed from the Commission; in that case any Orban nominee would surely prove unacceptable, and this would trigger a wider political crisis. Moreover, as a former University lecturer Navracsics seems well qualified for this post and so we think that, ultimately, he will be safe.
Prospects for survival = At risk 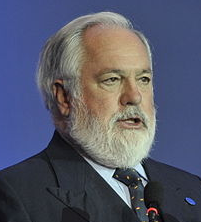 Spain’s Cañete will come under fire for a number of reasons. In fact, it’ll be open season. Firstly, there is his alleged bias towards fossil fuels compared with renewables. Secondly, there are concerns about alleged conflicts of interest; Cañete has sold his shares in two Spanish oil companies but Green MEPs have complained to Juncker that Cañete’s “wife, son and brother in law all remain as either shareholders or board members of these companies.” Furthermore, it has also been estimated that, during his time as Spanish Agriculture Minister, Cañete’s wife, Micaela Domecq-Solis and her siblings received around €1.8m in EU farm subsidies (though the same accusation could also embarrass some MEPs on the Agriculture Committee).
Cañete will also very likely face questions about some remarks, widely interpreted as sexist, that he made after a TV debate ahead of the European Parliament elections in May. He said, “The debate between a man and a woman is very complicated. If you abuse [your] intellectual superiority, it looks as if you’re a machista and are cornering a defenceless woman.” There are enough ingredients for a lively hearing but as with Navracsics, the support of the EPP and the fact that he is a heavyweight figure within Partido Popular may be enough to see him through. However, he’s definitely on the front line.
Prospects for survival = At risk Where to begin? Former Slovenian PM Alenka Bratušek is seen by many as the weakest link in the new Commission and faces a raft of challenges. For a start, she nominated herself for the role as acting PM even though her party (appropriately named the Alliance of Alenka Bratušek) received a drubbing in the preceding parliamentary elections, picking up only 4.3% of the votes. The new centre-left coalition has launched in inquiry into her auto-nomination and would like to replace her with Tanja Fajon, one of their own MEPs (which would preserve the Commission’s gender ratio).

Moreover, she has been allocated a hugely significant and sensitive role – Vice-President responsible for ‘Energy Union’ – despite having little experience in that area. As a member of the liberal ALDE group she lacks the protection of the two big centre-right and centre-left blocs (although ALDE’s has joined the ‘grand coalition’ in the European Parliament). Her saving grace might be that not there will not be enough appetite in the European Parliament to reject the Commission outright, but if anyone will be substituted it is likely to be her.

Prospects for survival = At risk

We will be covering the most significant hearings live so make sure to follow us on twitter @Open Europe.