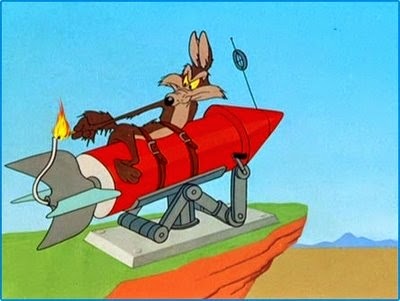 This week has seen the latest farcical episode in the EU’s foray into space. The independent European Space Agency (ESA), which is based in Paris and is building the so-called Galileo satellite navigation system for the EU, was left with egg on its face after the two latest satellites for the system were launched into the ‘wrong’ orbit. In total, the project has now launched six satellites – two are in the wrong orbit and one, it emerged previously this year, isn’t working.

Bad in its own right, but forgivable. We’re dealing with some pretty advanced technology after all. Except, as we have chronicled before, this project has been absolutely bedeviled by unfortunate incidents, delays, infighting, poor planning and all sorts of other problems.

Massive cost-overruns: The cost of completing the project and running it for 20 years (including maintenance) was under the original estimates (from 2000) €7.7 billion, of which only €2.6 billion was to be borne by taxpayers and the rest by private investors. In 2007, following the collapse of the private-public partnership, this cost had risen to € 11.8 billion, all of which was to be borne by taxpayers. In the autumn 2010, leaked information suggested that the cost had risen to a staggering €22.2 billion – again with the entire bill footed by taxpayers. But, it didn’t end there…

The Commission all over the place on numbers: In 2010, Industry Commissioner Antonio Tajani denied new cost over-runs, saying “I don’t know where these figures come from.” He insisted that the deployment budget (which is only part of the cost) remained at €3.4 billion (not €5 billion as the leaked info suggested). Only a few months later, in January 2011, however, Mr. Tajani and the Commission admitted that Galileo needed not just another €1.5-1.7 billion as was thought in 2010, but an extra €1.9 billion of taxpayers’ cash to cover the booming deployment cost – taking the deployment cost above €5 billion. At the same time, the Commission put the annual operation cost at €800 million (not €750 million as assumed in the 2010 estimate). This means that even €22.2 billion for deployments and running cost was an under-estimate.

Tajani has since announced what he calls “savings” of some €500 million on the huge cost overrun, but frankly, at this point we simply don’t trust any of the numbers coming out of the Commission on this one.

Taxpayers getting hammered: The cost for taxpayers for deployment plus 20 years’ worth of running cost may well have increased by some 750% – from €2.6 billion to somewhere in the region of €20 billion+. Shocking.

Delays: Originally Galileo was to be finished by 2008 – a date that was subsequently pushed back several times due to a series of delays, disruptions and other embarrassments. Between July 2005 and December 2005, the project came to a complete halt as member states and the private investors argued. According to the European Court of Auditors, these six months of doing absolutely nothing added an extra €103 million to the cost of the project. Encouragingly, the project managed to make up some time and the satellites were launched this year. However, with only three of the four previously launched working and this latest setback, the performance of this project leaves a lot to be desired to say the least.

Public-private partnership flawed from the very start: As the European Court of Auditors concluded in a damning investigation, the original public-private partnership proposal was “unrealistic” and “inadequately prepared and conceived.” Symptomatically, the private investors withdrew due to fears over the cost of the project spiralling “out of control” and that they wouldn’t outweigh the benefits.

The original estimated benefits delusional: In 2006, the Commission estimated the market for Galileo as potentially consisting of 3 billion receivers and revenues of some €275 billion per year by 2020 worldwide – in addition to potentially leading to the creation of more than 150,000 high qualified jobs in Europe alone. The European Space Agency and others have estimated 3.6 billion users by 2020. These are such delusional assessments that it’s hard to know where to start. Indeed, a 2010 report from the German government admitted that “All in all, it is assumed, based on the currently available estimates, that the operating costs will exceed direct revenues, even in the long term.” And according to American diplomatic cables, released by WikiLeaks, Berry Smutny, the CEO of OHB Technology, a company that has a £475 million contract to build 14 Galileo satellites, is claimed to have said: “I think Galileo is a stupid idea that primarily serves French interests.”

The Indian, Chinese, Russian, Japanese, American markets already crowded: One of the reasons why the idea of “3 billion users” is so ridiculous is that all major players already have, or are in the process of acquiring, their own satellite navigation systems. The newly-redeveloped Russian “GLONASS” system has already been launched, and the Chinese are developing their own Compass/Beidou system (not a global endeavour, but set to deprive Galileo of revenue in China). India’s equivalent technology, IRNSS, will be operational within the next two years. Japan has one too and the US is soon to boast a new generation GPS System (though to be fair, that too seems to be delayed) – GPS being what most people happily use in Europe anyway. Where in the world is Galileo going to get its 3 billion users? Is there a better of example of how the EU is falling behind in the ‘global race’?

The Chinese have nicked the frequency: In 2003, China agreed to invest €230 million in the project but pulled out after disagreements. Lo and behold, the Europeans noted that the Chinese government was a little too interested in the security related aspects of the project, and got cold feet. But only after Beijing got its hands on some very useful information. So while Galileo was falling behind schedule, the Chinese were developing Compass/Beidou. Chinese officials told the International Telecommunications Union, the United Nations agency that allocates radio spectrum frequencies for satellite use, that China plans to transmit signals on the wavelength that the EU wants to use for Galileo. In other words, the EU is now in the absurd position of having to ask China’s permission to run its secure ‘encrypted’ signal on Chinese frequencies.

All in all, Galileo has had a sorry history right from the very start. And we suspect we haven’t heard the end of it yet…