Handelsblatt: France is the new sick man of Europe 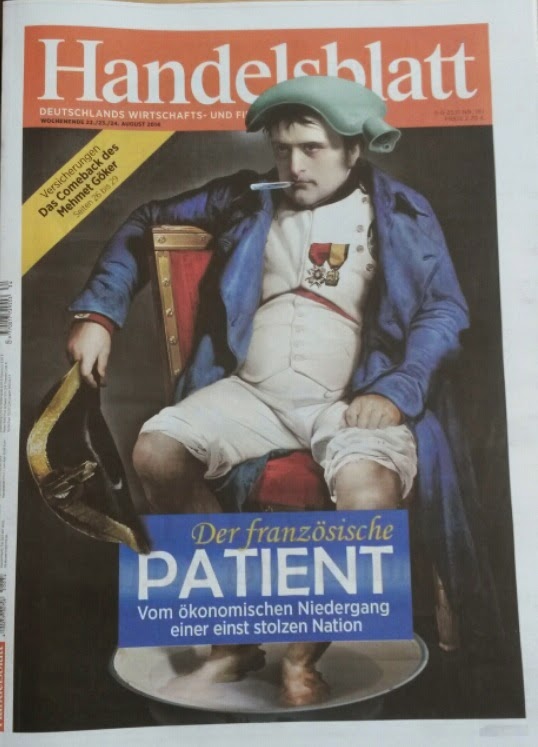 The front page of Germany financial daily Handelsblatt today depicts France as the sick man of Europe, warning that “a once proud nation faces economic decline.” Of course warnings of French decline have been made before – notably the famous ticking baguette bomb on the front page of the Economist a couple of years ago – but it is striking that the German press is increasingly reflecting these concerns.

The front page trails a detailed eight page feature which the paper introduces by arguing that:

“Our most important neighbour is mired in crisis. France risks falling behind when it comes to its budget, its labour market and its industry. However, the country could be successful if only it stops making itself smaller.”

The timing might be slightly ironic given that the French economy ‘outperformed’ the German economy in the last quarter – albeit by staying flat as Germany contracted by 0.2%. Handelsblatt has itself warned that Germany was “no longer a champion” but the German economy is still pretty robust, and should bounce back quickly, while France’s problems are much more deeply entrenched.