The SNP embraces EU reform – but is it trying to have it both ways on treaty change? 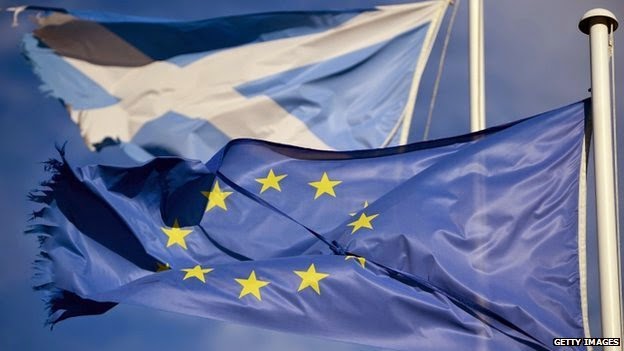 Ahead of next month’s crucial Scottish independence referendum, the Scottish government has put out its own paper on EU reform, designed to position the SNP on the pro-reform as opposed to the status quo side of the debate. The report has generated very little coverage (our daily press summary being the exception). It’s a mixed bag but contains some worthy ideas – we look at the key points below:

Reconnecting European citizens with the EU

The paper notes that “it is important that the EU institutions and the Member States recognise and respond to the challenges to the EU’s wider legitimacy”. Its suggestions include:

“the Scottish Government considers that greater observance of the principle of subsidiarity, is one of the key means of maintaining the democratic legitimacy of the EU… it is essential that the procedure for monitoring subsidiarity by national parliaments is extended further to give an enhanced role for both sub-national and local parliaments.”

The paper notes that warns that “much more remains to be done” to alleviate concerns about EU “competence creep” and excessive “red tape”, and to “restore a balance between the burden of EU legislation and the benefits expected to derive from its implementation.” It adds that:

“the volume and complexity of the EU regulation affecting businesses in Scotland can pose a significant administrative and financial burden on them (particularly SMEs) and is threatening their ability to recover from the economic and financial crisis.”

The above are good suggestions – indeed ones which Open Europe has been advocating for a while now (see our 2011 report on European localism and our 2010 report on EU over-regulation for example) but as always, the question is how to translate this into practice.
Still, the report has some pretty big gaps – for example, it barely mentions the EU budget despite this being in radical need of reform (for example, contrary to common perceptions, Scotland would benefit from devolving regional subsidies back to the national level). Likewise beyond some general praise for EU free movement, the report does not discuss whether changes are needed to rules around EU migrants’ access to benefits. In some places, the report calls for more protectionist measures at the EU level, such as amending procurement laws to ensure that contractors to pay the living as opposed to the minimum wage.
The SNP is also keen to distance itself from David Cameron’s EU policies and says that changing the EU Treaties is “neither necessary nor desirable”. The party claims that its reforms can be accommodated within the existing Treaties. Whatever the rights and wrongs, this is slightly ironic given that Scotland’s potential accession to the EU as an independent country rests squarely on the EU Treaties being opened and changed: not only the accession itself (to which all other member states would have to agree) but also to get the opt-outs from the euro and Schengen that the SNP says it wants.

It’s also ironic since if SNP has its way, it could deliver the kind of opening of the Treaties that the Tories are hoping for.