Fairness vs Volume: EU free movement debate hotting up in upper echelons of the Tory party 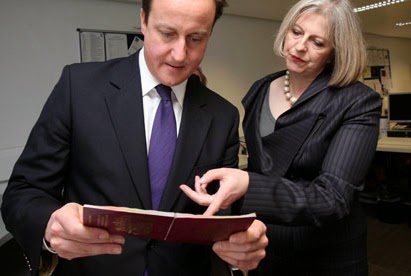 The Times yesterday noted that pressure among some senior Tories is building on David Cameron to prioritise the negotiation of ‘curbs’ on the free movement of persons. The word ‘curb’ is used often in this debate, but it is not always clear what it is that people are demanding be ‘curbed’.

There are essentially two issues here: one about fairness – fair, sound and transparent rules around who can access what benefits and when. And one about the level of EU migration – volume. The first is what David Cameron and Downing Street have been trying to address by tightening EU migrants’ access to out of work benefits. As we’ve noted before, more could certainly be achieved through amending legislation at the EU level.

Other issues that arguably fall into this category are access to the UK’s system in-work benefits, such as working tax credits, which are meant help to boost incomes at the lower end of the labour market and ease the transition from out of work benefits. However, the UK is currently unable to regulate EU migrants’ access to these under the EU’s current non-discrimination rules and the definitions of an ‘EU worker’ set down by EU courts. This is another area that could potentially be addressed to some degree by amending secondary legislation.

But what is clear is that an increasing number of Tory ‘big beasts’ – Iain Duncan Smith, Theresa May and Boris Johnson – are looking to address the second issue: public concerns about the volume of EU migrants (the latest stats showed a marked increase in the number of central and eastern EU workers). This is a much taller ask and would almost certainly require treaty change and therefore unanimity. This does not make it entirely impossible but certainly more difficult than addressing concerns about fairness. Remember, this involves amending one for the most fundamental principles of the EU treaties.

Another massive question is how, exactly, strengthened control over the volume of EU migration could work in practice.  There have already been suggestions that the Home Office is considering options that fall under this category. In May 2012, at the height of the Greek social and economic crisis, it was reported that Theresa May was looking at whether emergency immigration controls could be applied if required by exceptional circumstances. Another proposal, put forward by David Goodhart, is that governments should be able to introduce qualifications or restrictions on free movement “if the EU inflow breaches a cap of, say, 75,000 in a single year”.

In any case, this will be a key debate within Tory ranks leading up to the potential 2017 EU referendum.