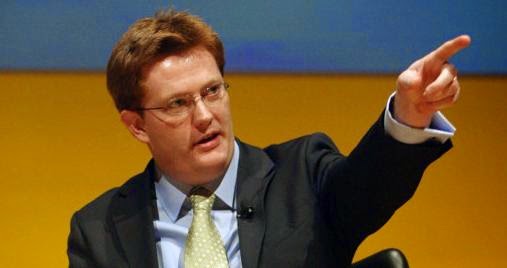 In June, Liberal Democrat Chief Secretary to the Treasury Danny Alexander said that, according to Treasury analysis, more than three million British jobs would be at risk if Britain left the European Union. This is what he said:

“Indeed, the latest Treasury analysis shows that 3.3 million British jobs are connected to Britain’s place in Europe. That is the measure of the risk that isolationists would have us take.”

What new analysis could this be? So we asked the Treasury. You can read the full response here, but this is perhaps the key part:

“As set out by the Chief Secretary to the Treasury, the Treasury estimate that 3.3 million jobs in the UK may be related to exports to other European Union countries. This figure is based on the assumption that the share of UK employment associated with UK exports to the EU is equal to the share of output that is exported to the EU, making allowance for the composition of the UK economy. It is not an estimate of the impact of EU membership on employment.”

The Times also reported on the FOI response today. Now, there are at least three things that are problematic with Mr Alexander’s claims:

1. First of all, this is not in fact ‘new’ analysis. As the response to our FOI makes clear, Mr Alexander’s remarks were based on the following methodology, which has been used and cited countless times before. In 2003, Ruth Kelly told Parliament that:

“The Treasury estimates that 3 million jobs in the UK are linked, directly and indirectly, to the export of goods and services to the European Union. This figure is based on the assumption that the share of total UK employment associated with UK exports to the EU is equal to the share of total UK value added (GVA) generated by UK exports to the EU. The information necessary to apply the same method to derive comparable estimates for England, Scotland, Wales and Northern Ireland is not available.”

In February 2014, Lord Livingston again confirmed this methodology as follows:

In short, the methodology dates back more than ten years and does not seem to have been updated at all.

3. Thirdly,  is immediately apparent, it is a very simple approximation, not detailed analysis which one might have expected from HMT on such an important question. The methodology used is very simplistic, for a number of reasons:

The final point above suggests that there is either some continuing lack of transparency with regards to the calculation or it really is just overly simplistic (if not both). This is all quite ironic given that UKIP and Better Off Outers in general are often criticised – and often justifiably so – for not establishing a credible counter-factual whilst relying on heroic assumptions.