Italy slips again into recession: time for Renzi to re-focus his reform plans? 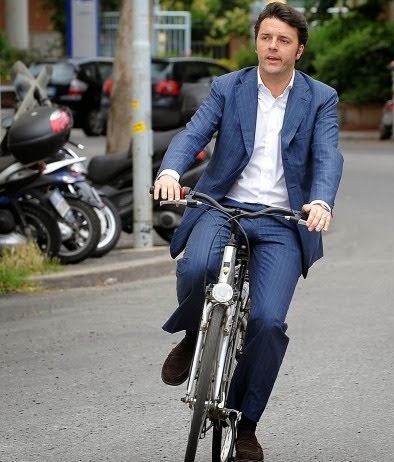 When Matteo Renzi was widely tipped to take over as Italian Prime Minister back in February, we wrote on this blog:

Renzi may be able to muster wider parliamentary support than [his predecessor Enrico] Letta, but he would still be stuck with a diverse coalition with smaller centrist and centre-right parties – meaning that the difficulties in pushing ahead any significant political and/or economic reform would not evaporate.

A few months later, it is fair to say the prediction was broadly correct. In his first keynote speech in the Italian parliament, Renzi pledged to implement one big reform per month. However, not much has been achieved so far:

To be fair to Renzi, his reform plans involve changes Italy has failed to make for decades. However, there is little doubt the pressure is slowly mounting on the ambitious Italian Prime Minister – especially in light of the latest daunting economic data. Italy has entered recession again. Its GDP contracted by 0.2% in the second quarter of 2014 – worse than expected. The country’s national statistics office ISTAT now expects Italian GDP to shrink by 0.3% this year, unless the trend is reversed. This is nowhere near the 0.8% GDP growth initially predicted by Renzi’s government. By contrast, Spain is going to upgrade its growth forecast to +1.5% and +2% for 2014 and 2015 respectively.

Needless to say, the meagre growth prospects are raising questions in Brussels, Berlin and Frankfurt over Italy’s ability to keep its deficit below the ‘magic’ EU threshold of 3% of GDP and start reducing its mountain of public debt. Unless Renzi can show substantial progress on the reform side, he’s unlikely to achieve any of the ‘flexibility’ on the application of EU fiscal rules that he’s been demanding – along with French President François Hollande – over the past few weeks, and may find himself left with little wiggle room. This would set the scene for another political stand-off between the core and periphery of the eurozone – a scenario which few emerge from looking good.

Perhaps more worryingly, Renzi seems to be currently focusing too much of his reform efforts on the political-institutional side. The reform of the Italian Senate – which has recently taken the centre stage in Rome – is of great symbolic importance and will help speed up the decision-making process once (and if) passed. But its economic impact is limited, and it involves changing the Constitution, meaning that it may not be finalised until early 2015 and will then also be put to a referendum – whose outcome cannot be taken for granted at this stage. Italy can only benefit from the removal of the institutional blockages stemming from a system where the two chambers of parliament have equal powers. However, Italy’s economic situation means Renzi should consider investing his best energy and political capital elsewhere – not least because economic reform is the key area where his EU counterparts wish to see progress.

On the economic front, the main achievement of Renzi’s government to date is probably a tax cut worth €80 a month for employees earning less than €25,000 a year. The measure may have played a part in Renzi’s Democratic Party winning an outstanding 40.8% of votes at the European Parliament elections in May – but the jury is still out as regards its effectiveness as a means to boost domestic demand.

Furthermore, uncertainty remains over Italy’s plans to cut public spending and use the savings to finance tax cuts for workers and businesses. Carlo Cottarelli, the Italian government’s special commissioner for public spending reform, has recently warned on his blog that the resources he’s expected to raise via spending cuts next year are already being used to fund new spending projects. In practice, this means less money to cut the tax burden on Italian businesses and workers – which is among the highest in the world and has been identified as a key pillar of economic reform.

Predictably, Renzi was off to a strong start in terms of trust from both Italian voters and Italy’s European partners. However, the time may have come for him to re-focus his priorities and push harder on economic reform. A more efficient parliamentary system and electoral law, while very necessary, will do little to help him win any meaningful concessions in Europe. A thriving economy that grows at an acceptable pace will.