What will the impact of the Russian retaliatory sanctions be?

Russia earlier unveiled the key plank of its retaliation against the ‘stage three’ EU sanctions confirmed last week. It has said that it will now ban all imports of fruit, veg, meat (including fish) and dairy products from the EU (as well as the US, Australia, Canada and Norway).

How will this impact Europe? 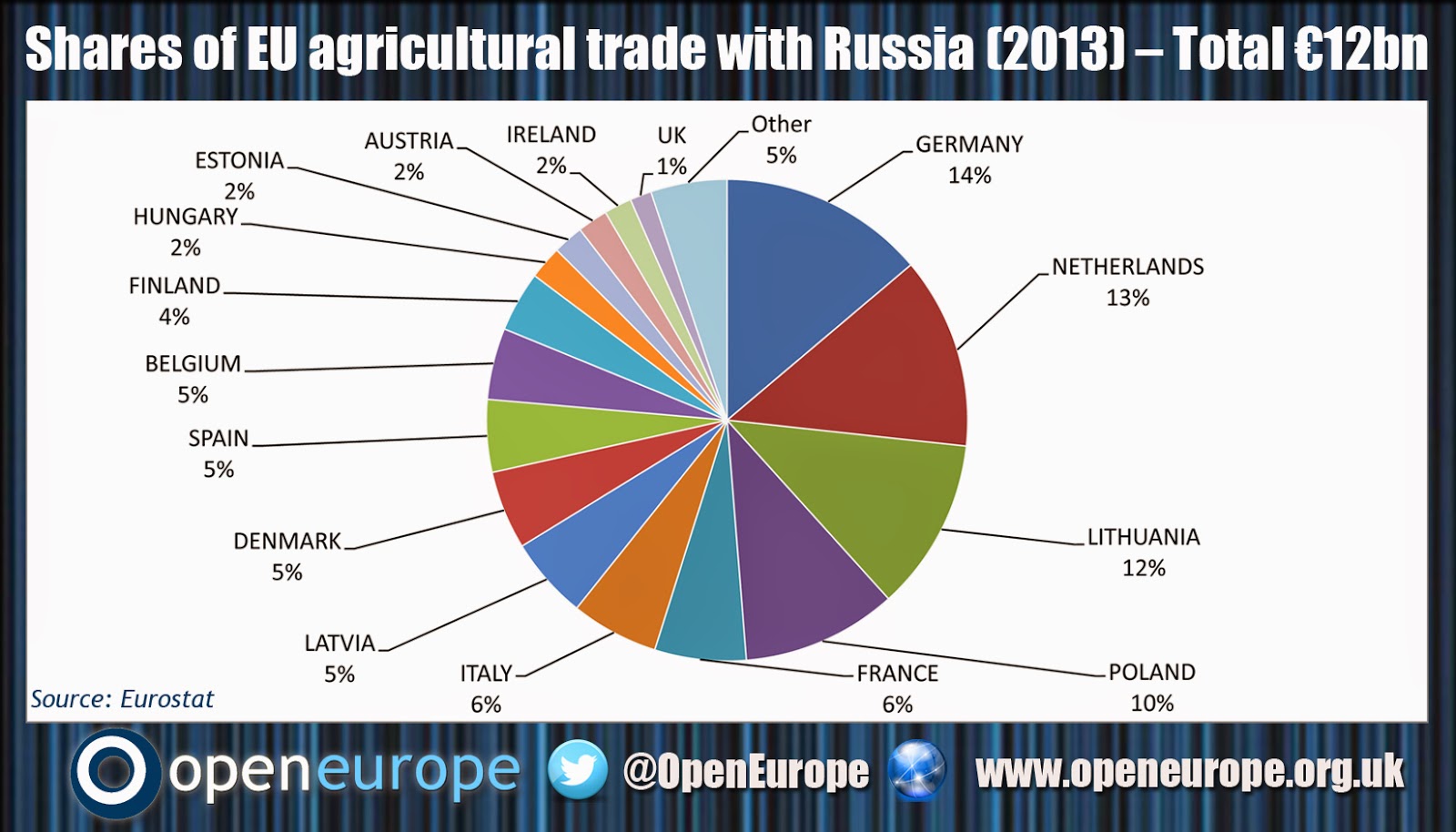 In terms of specific countries, the chart below highlights that the Baltic countries (Latvia, Lithuania and Estonia) will be hardest hit – in terms of the trade as a share of GDP. In absolute terms, Poland, the Netherlands, Germany and Denmark will also face losses. 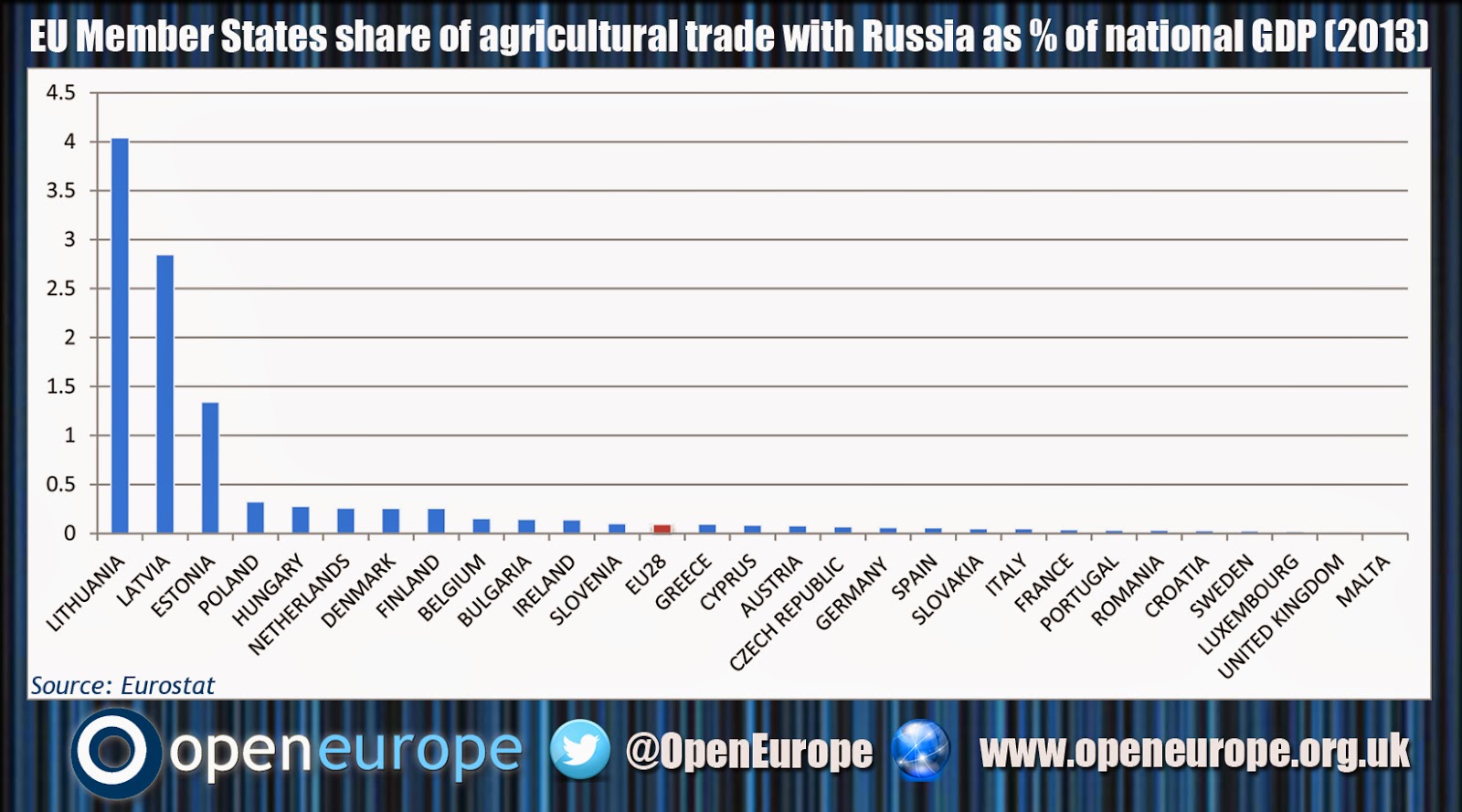 How will this impact Russia?
Well, as has already been pointed out, the likely fallout will be higher prices for Russian consumers (driving up inflation more broadly) and reduced consumer choice. As we pointed out previously, Russia does import some agricultural products but only to the tune of around 1.2% GDP per year. This is dwarfed by some of its other imports.

That said, it still accounts for some 13.3% of overall imports. This is a sizeable chunk of imports to replace, but Russia has a few options:

Does this set the scene for a broader trade war?
Hopefully, not yet. The sanctions on both sides remain quite targeted and specific. That said, it’s hard to see how either side could easily change position. That is feeding into a broader feeling of unease when it comes to the private sectors of both sides doing business together. This indirect or de facto halting of trade is likely to be the largest negative effect from this escalation.