Boris: EU reform the best option, but Brexit should not scare us 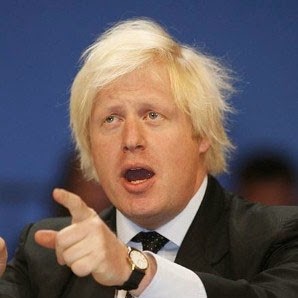 Boris Johnson today outlined his response to the report by his economic advisor – and Open Europe board member – Dr Gerard Lyons on the future of the UK’s relations with the EU and how they impact on London.

The report entitled ‘a win-win situation’ outlines four economic scenarios, with the best seen as staying in a reformed EU and the a close second being leaving the EU on good terms with growth-focussed policies towards Europe and the rest of the world:

The key reforms – which draw heavily from Open Europe’s work – proposed in the report are: addressing the relationship between euro ins and outs, liberalising the single market in services, safeguards on the single market in financial services and the position of the City of London, EU budget reform, reducing the burden of social and employment law, and halting over-regulation. The reforms go well beyond what David Cameron has set out so far.

If reform is not sufficient, the report concedes that withdrawal would create immediate economic uncertainty but this could be mitigated in the longer term if the right policies are pursued. The report suggests that the terms of a Brexit could be defined by the referendum result itself – a close result could prompt a re-re-negotiation rather than an immediate reach for the Article 50 exit clause – you can read the outcome of our ‘wargaming’ of Brexit here (which the report also references).

The report notes that financial services and insurance are key London industries, comprising 19.8% of GVA, the single biggest sector measured in these terms – how will this be affected in Brexit? The report notes that London has many attributes other than acting as a springboard for access to EU markets but adds that this market access is valuable and could face some extra barriers following withdrawal.

In summary, the report concludes that reform is the best option, but there is little to fear from Brexit.That last point – in addition, to the various reform proposals set out – will no doubt serve to put additional pressure on David Cameron to be more ambitious in his push.