It’s official: the 2014 European elections saw the lowest turnout ever

Remember how some tried to make a song and dance about the turnout in May’s European elections having increased for the first time since direct voting was introduced in 1979? Having dropped from 62% in 1979 to 43% in 2009, the 2014 elections saw a staggering increase of 0.09%, thus reversing the trend. The always-available-for-BBC-interviews Guy Verhofstadt said this increase in turnout was “an endorsement of the European project”, whilst Viviane Reding, as usual, didn’t disappoint:

Well, courtesy of European Voice, we now learn that the final turnout figure has been revised down to 42.54% – i.e. the lowest turnout ever. The 43.09% figure was based on exit polls so was preliminary, and it has taken a month and half to establish the real figures.

So it’s official: voter turnout has dropped in every single European elections since 1979, whilst the EP’s powers have consistently increased. It’ll be interesting to see how the usual suspects try to spin this one. 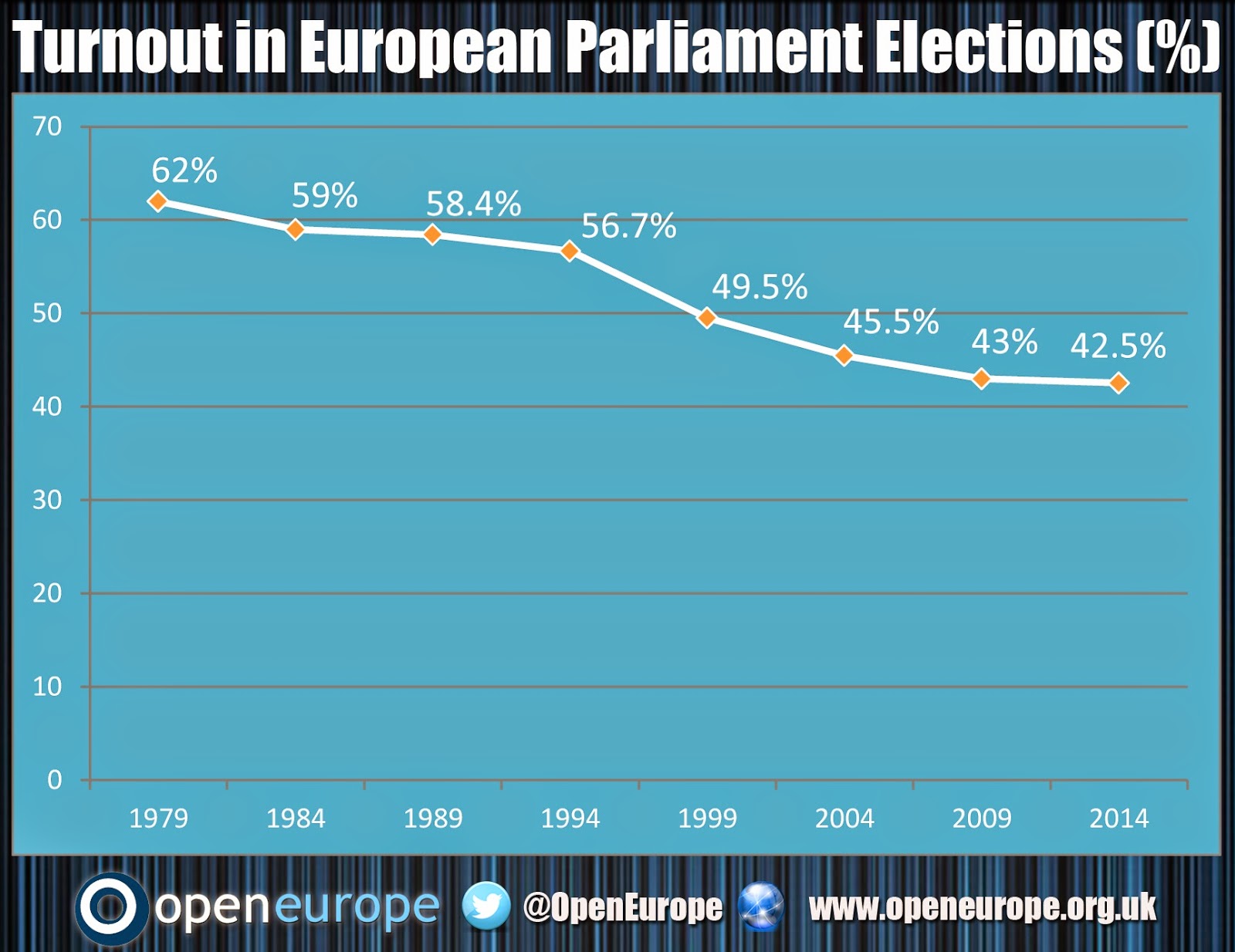 This isn’t a cause for celebration. It’s just simply embarrassing.