What will the impact of stage three sanctions be and how might Russia retaliate?

Over the weekend we published a new flash analysis looking primarily at the impact of the financial sanctions on Russia and what action Russia could take in retaliation. The key points are below with some key graphs, while the full release is here.

Impact on Europe: UK to bear the largest burden. Between 2004 and 2012 Russian firms raised $49bn on the London Stock Exchange (LSE), of which $16.4bn was raised by state-owned Russian banks (Sberbank and VTB). The burden will be manageable since revenue from financial services to Russian firms’ accounts for only 1% of UK exports in this area. 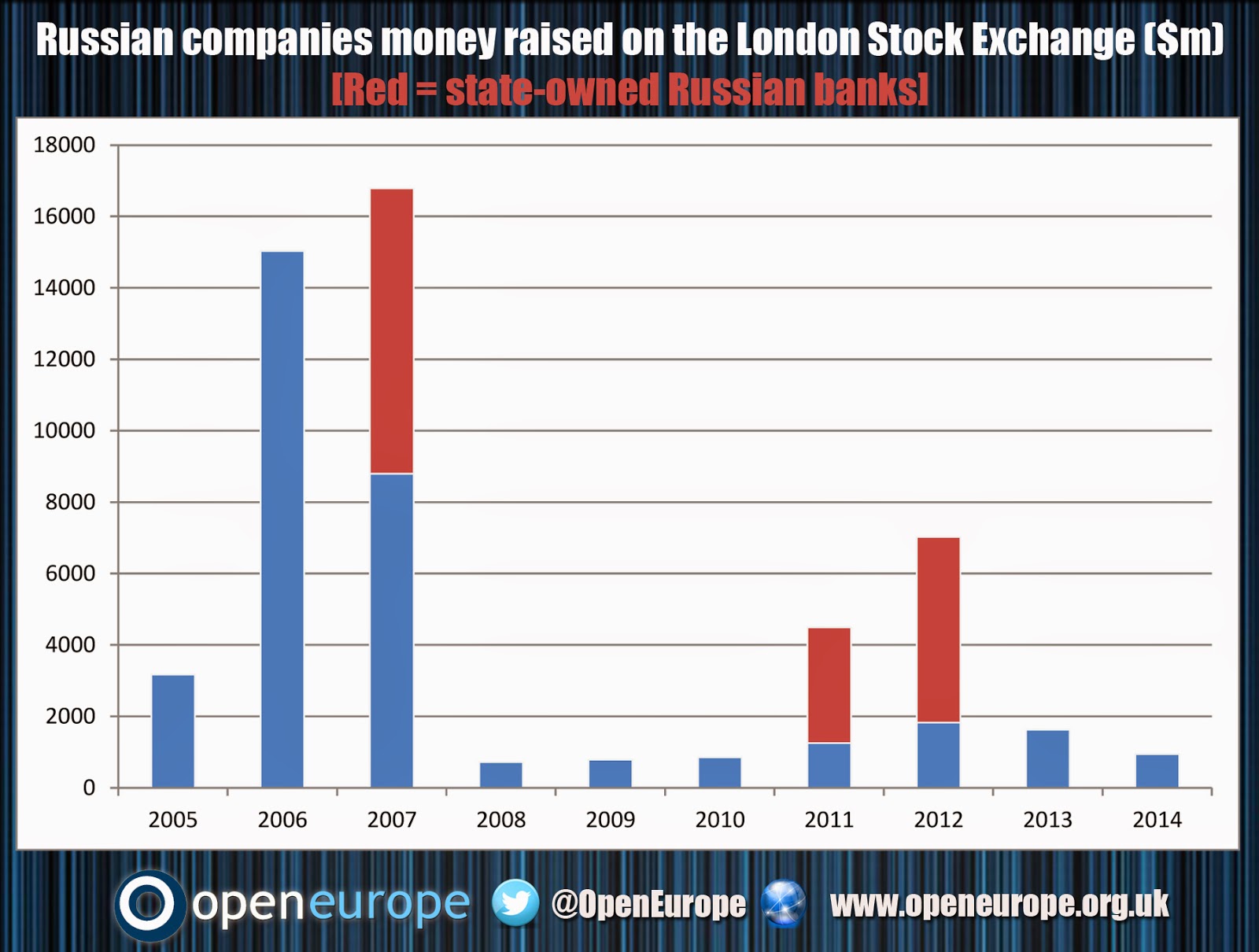 Impact on Russia: State-owned banks such as VTB and Gazprom have to rollover at least $6bn worth of foreign currency debt in the next 18 months – funding costs will be increased but other markets likely to remain open. Indirect impact will be much larger as reluctance to do business with Russian firms or in Russia increases. Russian entities have $85.4bn in external debt to rollover in the rest of 2014 alone, while capital outflows have totalled $75bn in the past 6 months alone. The Russian economy could find itself short of credit and liquidity, although its sizeable international reserves ($478bn) will help. 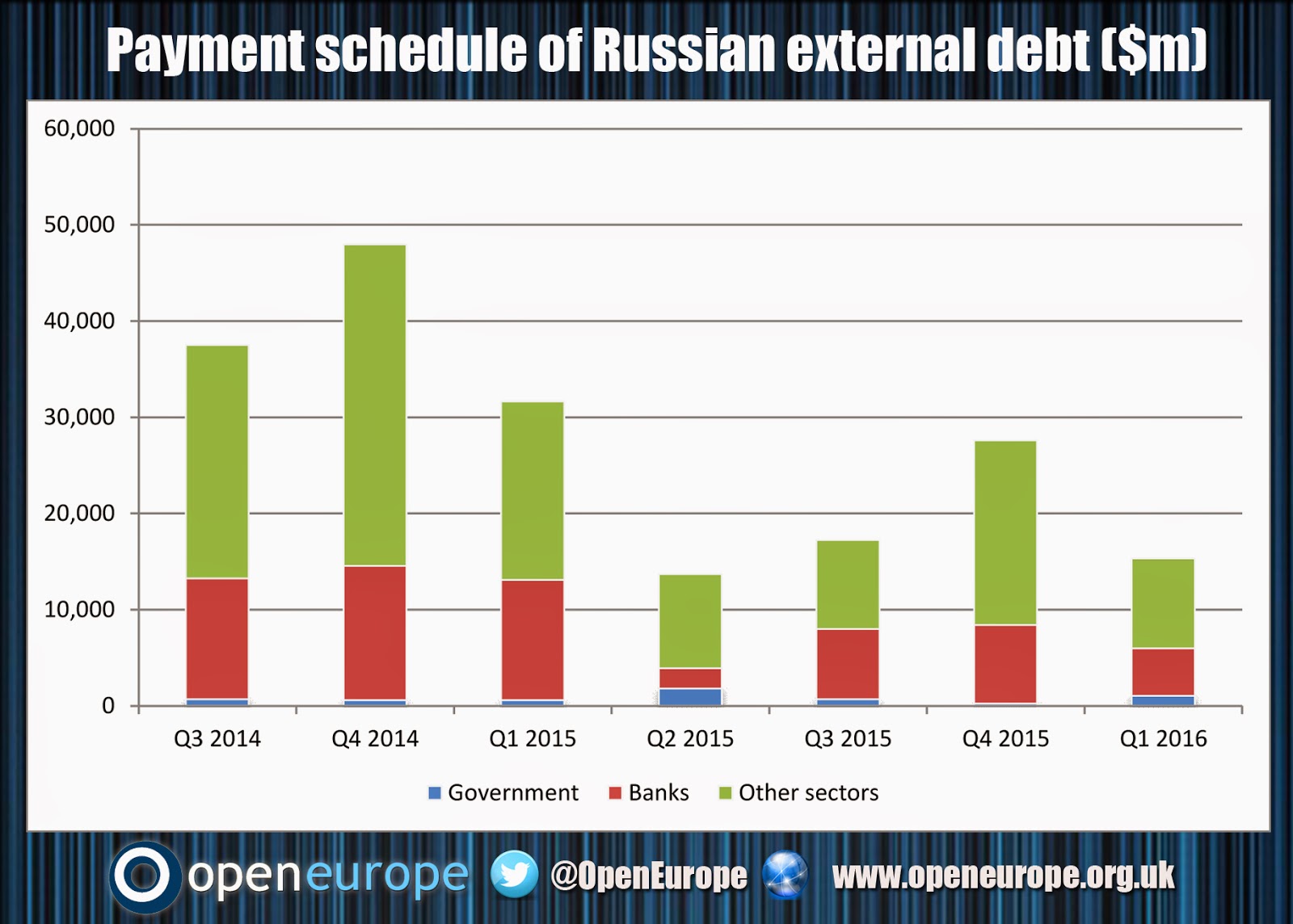 Russian retaliation: Russia will likely further alienate the Ukrainian economy and destabilise the situation on the ground. This could prompt Ukraine to request a further bailout from the West, totalling double digit billions. Russia could also respond with its own sanctions on Western firms and may even consider asset freezes or seizures. Further escalation could also see Russia leverage its position as Europe’s main gas supplier – either through price hikes or disrupting transit through Ukraine – to hurt the EU economy.

More broadly the sanctions will hit other countries, primarily Germany. While German business will be hit directly by sanctions on exports of high tech goods in the oil sector, the much larger impact will be indirect. Declining business between European and Russia will likely hurt Germany since it has the largest level of trade with Russia and one of the more closely linked economies. This will likely be another test for Germany’s ability to diversify its exports, as it has proven to be so adept at doing during the eurozone crisis.

For better or worse, without the UK and Germany showing a willingness to stomach the cost of these sanctions, it seems unlikely that a deal would have been reached.