Annus horribilis? 2017 could become the EU’s most challenging year to date

We don’t want to be over-dramatic, but 2017 could shape up to be the toughest year for the EU in a very, very long time. Perhaps ever.

If David Cameron gets re-elected, there will be an In/Out EU referendum in the UK in 2017 (though it could perhaps be delayed). With the appointment of Jean-Claude Juncker as new European Commission President and the symbolic defeat that involved, the risk of Brexit is now arguably higher than ever. The UK could leave the EU in 2017. 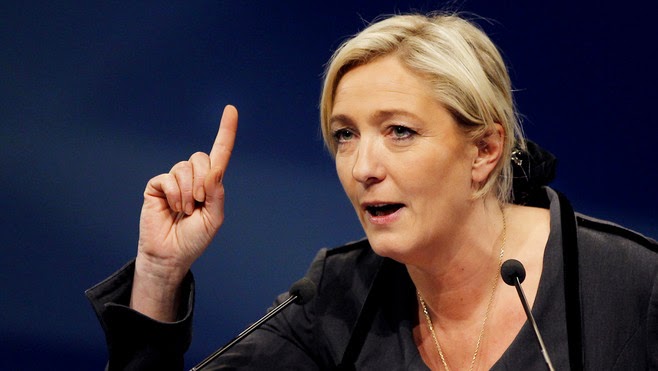 At the same time, there’s a growing possibility that Front National leader Marine Le Pen – who’s said she expects “nothing from Europe apart from destruction” – could win the French Presidential election due in April/May 2017. According to a new IFOP poll for French weekly Marianne, Le Pen would finish ahead in the first round of the 2017 presidential election with 26% of votes – followed by former President Nicolas Sarkozy on 25%, and President François Hollande or Prime Minister Manuel Valls on 17%. This means Le Pen and Sarkozy would make it to the final run-off. Although, the chances of her winning the run-off are relatively slim, it is notable that her closest challenger could yet be drowned in a corruption investigation.

As we noted yesterday, Swiss voters will likely be asked to vote again on the country’s relationship with the EU “at the latest by the end of 2016, or the beginning of 2017,” according to Swiss President Didier Burkhalter. It could be a “take it or leave it” vote in response to Swiss voters’ opposition to the current free movement arrangements and the EU’s refusal to budge on the issue. If the Swiss vote “leave it”, there will be a huge crisis between Switzerland and the EU.

This wouldn’t be pretty at all. Now, we still don’t see this triple-whammy as a central scenario, but it’s hard to find a more ample illustration of why the status quo in Europe is the biggest threat to its survival.

Get on with EU reform. Now.