Is the UK’s new man in Brussels a dark horse? 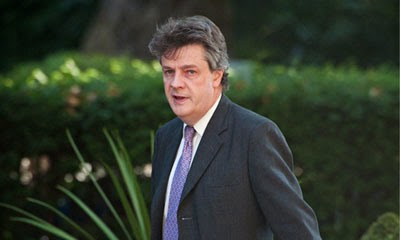 On his Telegraph blog, Open Europe Director Mats Persson looks at Lord Hill’s nomination as the UK’s next European Commissioner:

This morning, Brussels watchers, virtually in unison, typed the following name into Google: Lord Hill. David Cameron’s long-awaited nomination for the UK’s next European Commissioner was hardly a household name.

In 2009, Gordon Brown nominated Baroness Ashton for the post – the then leader of the House of Lords, known to few people outside of Westminster. As it turned out, Ashton grew in the role and will leave Brussels with a relatively good reputation. The main problem was that Asthon’s position – EU foreign affairs chief – meant long absences from Brussels. This proved critical as, whether we like it or not, working the Brussels corridors and getting stuck into the agenda-setting “College of Commissioners” are absolutely vital if the objective is to make as many EU proposals as possible come with a UK flavour. Some people hate this stuff – including William Hague who just refused to go anywhere near the role despite being the most obvious candidate – but others thrive on it.

I was always in favour of Cameron sending a high-profile figure to Brussels. It would have sent a strong signal that EU reform is for real and improved the likelihood of the UK getting a top economic job – internal market, competition or trade. Lord Hill lacks the obvious external gravitas and high profile, so in that sense, his appointment has reduced the chances of the UK getting a top job. Cameron has been criticised for not sending a sufficiently strong signal of intent. However, not least since I expect several portfolios – including internal market – to be broken up or altered, the job allocation is unusually unpredictable, and we shall have to wait and see. Also, sending someone with a lower profile may work in the UK’s favour. A heavy hitter – particularly with a Eurosceptic reputation – in combination with a big portfolio may have been too much for EU partners and Juncker to swallow, not to mention the European Parliament. And Lord Hill is hardly a novice, having worked across departments and at the heart of government, including as Chief of Staff to John Major, during which he was involved in negotiating the Maastricht Treaty.

On making EU reform happen – which remains the key objective – Lord Hill is a clever operator with a fantastic reputation in Westminster circles. Brussels is a very different place to Westminster, but if he can replicate his operational style over there – winning people over, striking deals – then perhaps he’s exactly the type of person the UK should be sending. Opting for a Viviane Reding-type, who does a lot of shouting but achieves little, wouldn’t be ideal either.

There’s still no denying that choosing someone less known remains a gamble. But Lord Hill may yet surprise plenty of people both at home and abroad.