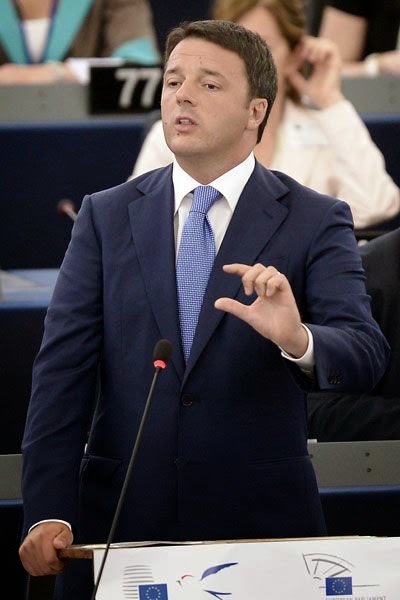 Speaking in the European Parliament, Italian Prime Minister Matteo Renzi has just outlined the priorities of Italy’s rotating EU Presidency. It is no secret that Renzi would like to see a ‘United States of Europe’ – and today he made much of the need for Europe to “find its soul”.

A couple of points from Renzi’s speech could be interesting from David Cameron’s perspective. He said:

“Europe without the UK would not just be less rich. It would be less Europe, less itself.”

“We will do everything […] to affirm that these values of investing on a different Europe need to be brought together to unity.”

“Different ideas are a positive thing that make us proud, [they do] not irritate us.”

On top of this short bit specifically devoted to the UK’s situation, Renzi also spoke of the need to achieve a “smart Europe” and of the importance of making EU institutions “simple”. He also stressed how badly the EU needs to boost its economic competitiveness, because “the rest of the world is [currently] running twice as fast as Europe.”

The challenge here, for Cameron as much as the Italian Prime Minister, is to reconcile Renzi’s vision of a ‘United States of Europe’ with his professed desire to keep the UK in the EU. His predecessor, Enrico Letta, spoke about EU treaty changes designed to settle UK concerns.

It is progress, of sorts, that EU leaders are able to identify the issue. However, now there needs to be progress on finding solutions that work for everyone.