If Carlsberg did consolation prizes for ‘losing’ a ‘Presidential’ election… 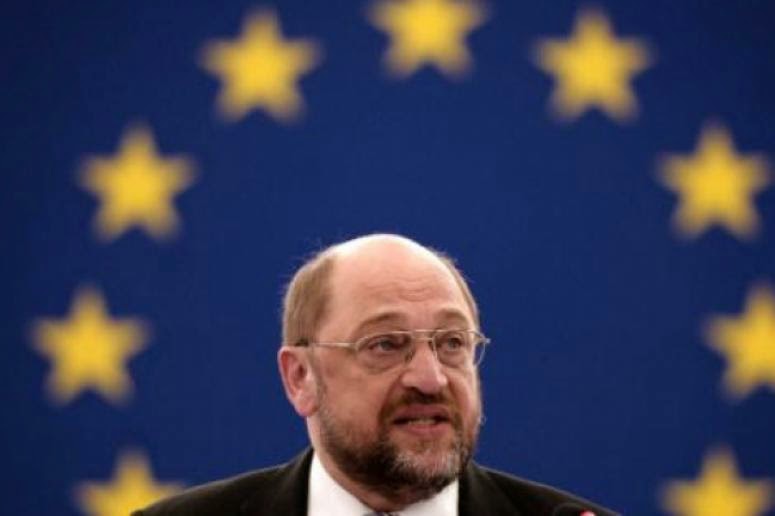 Advocates of Pan-European Democracy, foremost among them the Socialist’s ‘Spitzenkandidat’ Martin Schulz MEP wished to turn the recent European Elections into a quasi-‘Presidential’ election. The idea was that the ‘winner’ would be the ‘lead candidate’ from the leading political group. That turned out to be Jean-Claude Juncker, who is now the President-elect of the European Commission.

In the manner of a US presidential election, Schultz ‘conceded’ defeat. It might therefore come as a surprise that the self-proclaimed loser in the election has now been rewarded for his defeat by being given one of the other powerful EU presidencies – that of the European Parliament. Schulz was yesterday re-elected as EP President for the next two and a half years with the support of 409 out of the total 751 MEPs.

It’s not entirely easy to find an equivalent to the EP President in national democracies: the position involves elements of the “Speaker” role, which exists in the UK, Sweden, Poland and Germany. Notably, the Speaker in these countries come from the largest group or is based on a nomination from the largest group (in the case of John Bercow, a Tory backed by Labour).

However, the EP President has far more power, due to the way ‘executive’ and ‘co-legislative’ functions are distrubted in the EU between the Commission, Council and EP. Schulz effectively wields the EP’s co-legislative power in talks with other institutions, over issues such as the EU’s long-term budget for example. Such positions are most definitely associated with the “winners” in elections.

So if Schulz was a loser on both these counts, why is he still running the European Parliament?

The answer: transnational “democracy”. The vote follows the formation of a ‘grand coalition’ within the European Parliament between the centre-right EPP, the centre-left S&D and the Liberal ALDE groups. In other words, in the spirit of pan-European democracy, some representatives from the main groups agreed amongst themselves who should become EP President. In the spirit of transparency, the vote was then put to the full European Parliament via a secret ballot (so we’re afraid we can’t tell you who actually voted for Schulz).

Yet another reason why the Spitzenkandidaten process has turned out to be a charade. This is Brussels politics, business as usual.