Would Cameron have been able to block Juncker if the Tories were members of the EPP? 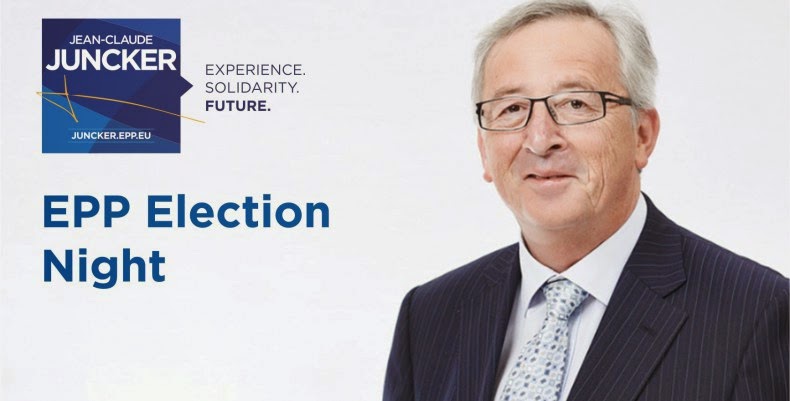 No major party in the UK backed Jean-Claude Juncker, or any other ‘Spitzenkandidat’. It is therefore fair to say that the UK electorate had no influence over the course of what some describe as an ‘election’.

The counter-charge is that David Cameron is to blame because he ‘left’ the main centre-right group – the European People’s Party (EPP).  Former Lib Dem leader Charles Kennedy made this point yesterday in the Commons – which was also alluded to by Labour MPs. If Cameron was a member, so the argument goes, he could have blocked Juncker’s appointment as the candidate and then had some say over the ‘election campaign’ and associated deals. Critics are zooming in on the meeting of EPP-affiliated leaders in Dublin in early March, at which Juncker was selected (behind closed doors no less).

It may not be that simple though:

There’s an argument that Cameron could have used the political influence and clout garnered from being associated with the EPP to stop Jucnker, even absent a formal vote. However, other EPP leaders had limited influence on the EPP candidate. Sweden’s Moderaterna were opposed but were over-ruled. Berlusconi failed to attend and Hungary’s Orban was hostile.

In any case, we will never know.
The reason the Conservative Party left the EPP-ED is because they did not agree with the EPP’s push for further integration. The wider problem for the UK political parties – and reform-minded parties in other countries too – is that their views are grossly under-represented in the main groups. This, in turn, links to to the fundamental problem with the European Parliament itself (as we argued here).

For the record this is how the EPP delegates voted to adopt Juncker, so Cameron’s vote would have made little difference – but again, we won’t know: