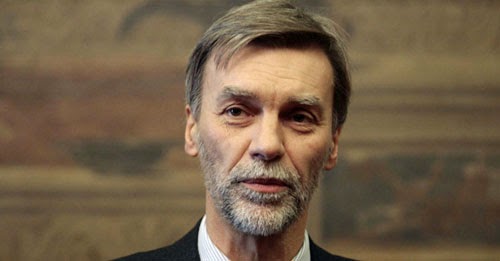 UPDATE (11:30am) – In a separate interview with Quotidiano Nazionale on Saturday, Mr Del Rio explicitly speaks of a “great victory” for Italy at the EU summit.

“The green light to flexibility is the great victory […] One needs to acknowledge that, thanks to Italy, the work of the summit was not focused on names, but on what to do to move from the time of austerity [rigore] to the true implementation of the [EU’s] Stability and Growth Pact. We really won a substantial battle.”

It was bound to happen.

The battle to make EU fiscal rules more ‘flexible’ was one of the key issues on the table at last week’s European Council summit. Italian Prime Minister Matteo Renzi and French President François Hollande were seeking to make their support for Jean-Claude Juncker conditional on a de facto loosening of the rules. So what was the outcome? Well, depends on who you ask. If you ask Renzi’s people, this weekend saw a watering down of the rules.

Q: Italy comes back from Brussels with the rule of the ‘best use’ of the flexibility already provided for [by the EU Treaties]. Isn’t that too little to speak of a Europe that abandons austerity and of a victory of the Renzi government?

A: No, it’s not too little because it is precisely the lack of use of flexibility that has caused our most serious problems.

Q: So, during its semester of [rotating] EU Presidency, Italy won’t ask to raise the [EU’s] deficit limit, the famous 3% of GDP?

A: I don’t think that’s a rule set in stone forever, but we don’t want to be the ones who move it onto sand. No, we won’t ask to raise the 3% [deficit/GDP threshold]. That’s also to avoid suspicions and titters in Europe, keeping in mind that there are other countries that glaringly breach that limit – and even Germany has done it during a certain period of time.

Q: Excuse me, but what does this greater flexibility mean then?

A: It means that, when deficit is calculated, part of the spending is not taken into account, or, better, it is considered as flexible. The [EU’s] Stability Pact effectively becomes looser. It can be done for co-financing, that is the money Italy is obliged to spend to use EU funds. We’re talking about a figure around €7 billion a year. But there’s also the investment clause, that would allow [us] to leave out of the calculation spending with a high social impact […] We’re talking about a figure around €3 billion. In total, flexibility could be worth €10 billion a year, although it can’t be taken for granted that these two items can be added together.

Of course, everyone is talking about ‘interpretation’, and no-one will say the rules have been formally re-written. Still, this looks as if the Italian government is claiming they have managed to loosen EU fiscal rules, via a new interpretation. Spin or otherwise, Berlin and Frankfurt won’t be entirely pleased.