The Juncker row: Were there any concessions to the UK and what happens next? 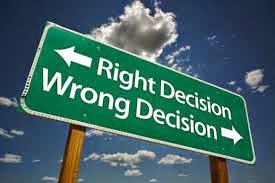 The UK suffered a major defeat this afternoon when it was outvoted over Juncker becoming the next president of the European Commission. However, this isn’t the end of the road for reform – not even close – but it certainly has strengthened the risk of Britain leaving the EU. See here for a our full analysis of this.

So did the UK get any early concessions? In his press conference, David Cameron took his defeat on the chin and said it would make his reform strategy harder:

“Today’s outcome is not the one I wanted. And it makes it harder, and the stakes higher…This is going to be a long, tough fight and sometimes you have to be ready to lose a battle to win a war. It has only stiffened my resolve to fight for reform in the EU, because it is crying out for it.”

Cameron was asked whether much more of this kind of thing would prompt him to recommend an ‘Out’ vote in a referendum. He declined the offer but did make the point that:

There were three nods to the UK in the Council conclusions:

Any of this significant? It’s the basis for a conversation but can mean anything and nothing at the moment. It falls way short of compensating for the defeat inflicted on Cameron. As we argue, it all depends on what happens next.

There were also this on the role of national parliaments:

“In line with the principles of subsidiarity and proportionality, the Union must concentrate its action on areas where it makes a real difference. It should refrain from taking action when member states can better achieve the same objectives. The credibility of the Union depends on its ability to ensure adequate follow-up on decisions and commitments. This requires strong and credible institutions, but will also benefit from closer involvement of national parliaments.”

Again, hardly earth-shattering. So what happens next?

Well, in the short-term, there are three things to watch: