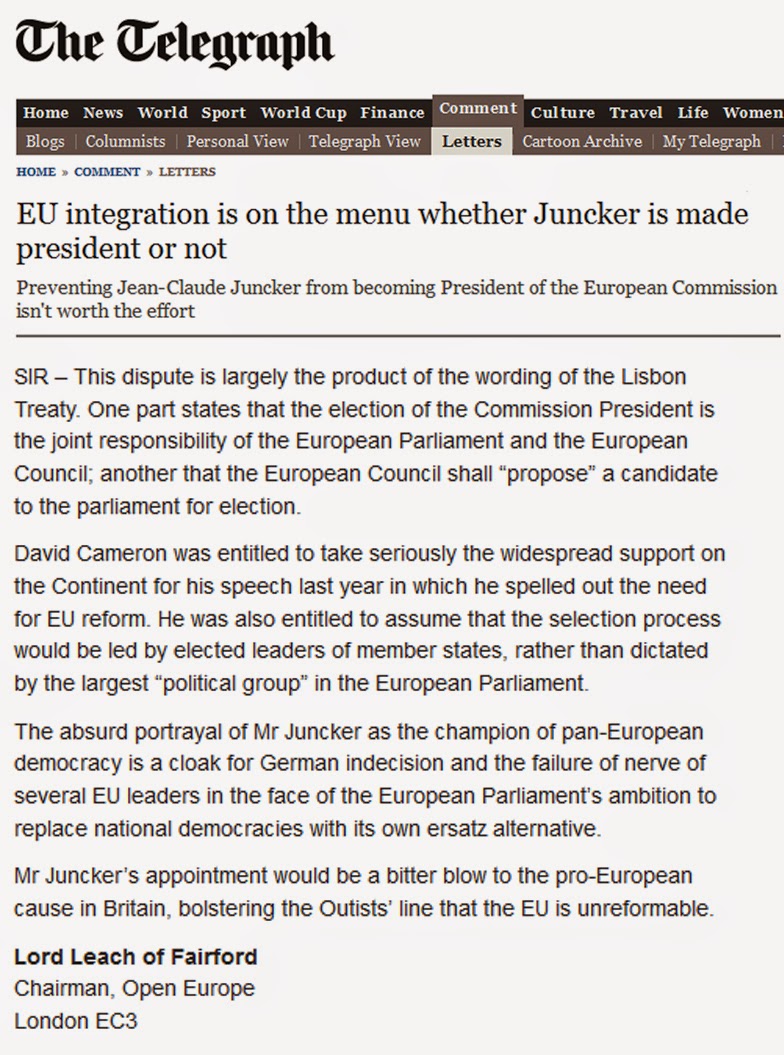 In a letter to the Telegraph today, Open Europe’s Chairman Lord Leach notes:

David Cameron was entitled to take seriously the widespread support on the Continent for his speech last year in which he spelled out the need for EU reform. He was also entitled to assume that the selection process would be led by elected leaders of member states, rather than dictated by the largest “political group” in the European Parliament. The absurd portrayal of Mr Juncker as the champion of pan-European democracy is a cloak for German indecision and the failure of nerve of several EU leaders in the face of the European Parliament’s ambition to replace national democracies with its own ersatz alternative. Mr Juncker’s appointment would be a bitter blow to the pro-European cause in Britain, bolstering the Outists’ line that the EU is unreformable.