From democratic revolution to "back-room massacre": Is Germany’s press already suffering from a Juncker hangover? 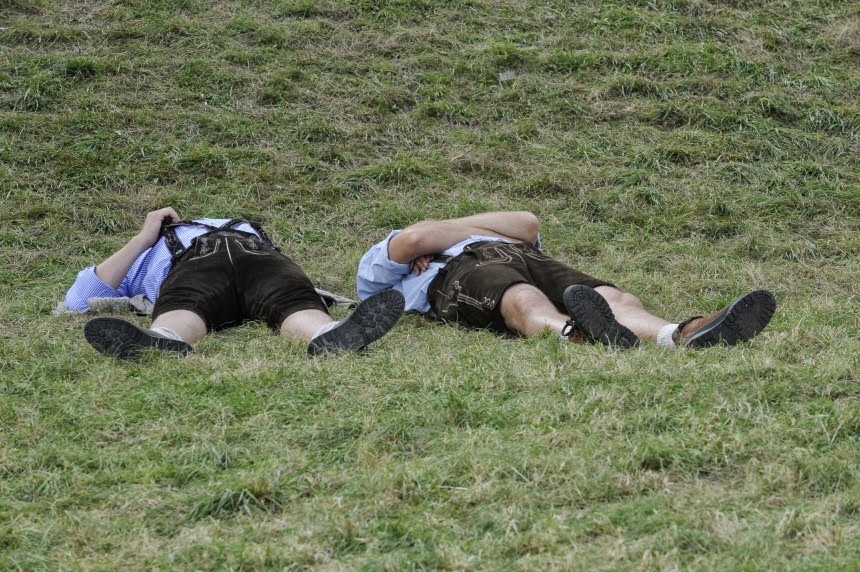 Many of us have been there. Waking up on a Sunday morning. Head sore. Mouth dry. And not entirely pleased with our behaviour the previous night. “What was I thinking” type of thing.

It seems like German media is there too over the, by now, highly-likely appointment of Juncker as a the next European Commission President. As we’ve argued before, no one particularly wants Juncker, but due a series of coinciding factors in the randomness that is EU bargaining, here he is. A significant chunk of the German commentariat – for reasons relating to the German conflicted political consciousness – have been the most vocal supporters of Juncker via the Spitzenkandidaten process. Cameron has been pitted against Germany.

Except that a whole host of Germans were uncomfortable with the Spitzenkandidaten all along. As the moment of truth draws closer, influential German commentators are waking up to smell the coffee (to continue the hangover analogy).

Today Handelsblatt’s leader, by its international correspondent Torsten Reicke argues, “Juncker’s victory is a defeat,” and that the tussle over the EU top jobs is “grotesque.” He writes:

Hardly anyone considers Juncker to be the right candidate for the right time. The opposite is true. The almost 60-yr old eurocrat is symbolic of a Europe of elites, which the citizens turned their back on in the [European Parliament] elections in May.

Both in terms of substance and style, Juncker’s European politics represent “more of the same,” and [they] subscribe “more Europe” to deal with every problem…[But citizens] definitely do not want “more of the same. Whoever wants the new Commission to change course, ensuring a better balance in the tug-of-war between the national parliaments and Brussels cannot be satisfied with [Juncker’s election].

Reicke also points out that Germany will lose a vital economically-liberal ally if there is Brexit. This fear has been heightened as Italy and France have been trading support for Juncker in exchange for a loosening of the EU’s fiscal rules. As Reicke writes:

Juncker’s appointment takes the UK one step closer to Brexit. This would be a disaster for Britain, but also for Europe. Without Britain we will not be able to maintain a liberal economic outlook, but more importantly, [we’ll also lose] political clout on the world stage.

By allowing Juncker to win the job, Reicke continues, that a dangerous precedent is being set: formalising a power-grab by the European Parliament at the expense of the European Council. Reicke concludes that Merkel “will be responsible if Europe allienates itself further from citizens with the election of Juncker.”

This is what a perfect political trap [by the European socialists] looks like. Nobody should blame the British David Cameron for the conflict: those raging in anger are, of course, not loved. But at least he speaks frankly from his heart. What started as a democratic exercise four weeks ago now ends in a real backroom massacre. This can only further damage the European institutions and the people working for them.

The honest answer is: these elections have only produced losers so far. So it doesn’t appear to bother the Socialists to wade-in even deeper. The Conservatives are stuck with an unloved Spitzenkandidat for who’s election they will still have to pay a price.

Meanwhile, Die Welt’s Henryk Broder writes that  he “wants his vote back,” arguing that current haggling over the EU top jobs shows that the EP elections were: “Not about peace, democracy and jobs — they were about the spoils of power.” He continues:

What were the European elections about? If you believed the slogans of the parties, they were about a Europe of opportunity – not unemployment; a Europe for citizens, not for money; a Europe of democracy -not paternalism. And naturally for the “European Peace Project”… But in reality, they were about something completely banal: posts and power-plays, to forward the career of two eurocrats, who are partly responsible for the situation in which Europe finds itself, and therefore, especially qualified to continue with this tone and direction.

Even Bild, who were campaigning to instill Juncker, seemed to semi-endorse Danish PM Helle Thorning-Schmidt last Friday, with the headline: “Why isn’t this fantastic Dane becoming the Head of the EU?” and continuing that her appointment “would end the tussle over Juncker.”