Can journalists please stop referring to Sikorski as "Cameron’s ally"? 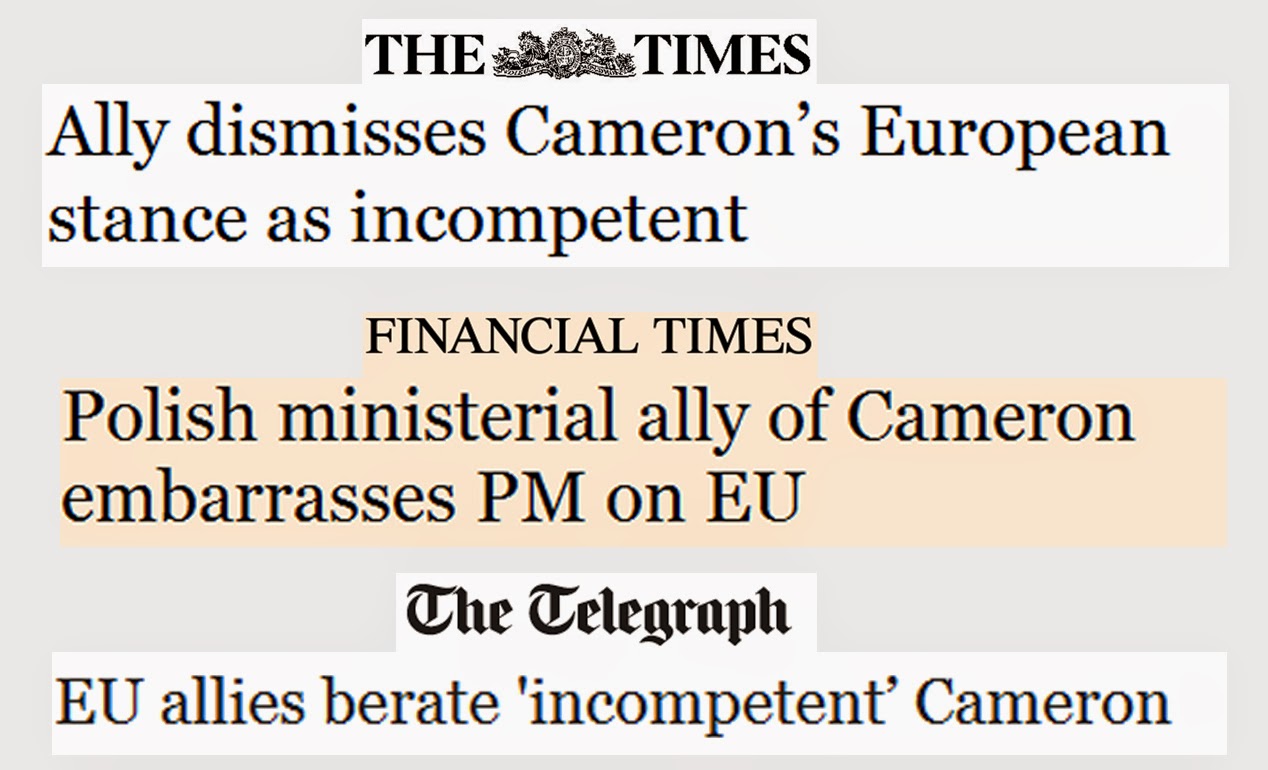 The leaked conversation in which senior Polish politicians including Foreign Minister Radoslaw Sikorski savage Cameron’s EU strategy – exclusively translated into English by Open Europe yesterday – is all over the UK press today.

Many of the stories have headlines refer to Sikorski as a key “ally” for David Cameron, but as we have repeatedly argued, this has long not been the case; in January, we pointed out in the wake of the row over free movement and EU migrants’ access to benefits that “It isn’t Brussels that David Cameron should worry about in Europe at the moment – but Warsaw”.

Despite being a university friend of David Cameron and Boris Johnson’s [insert obligatory Bullingdon club reference here], as well as an Anglophile and self confessed Thatcher fan, Sikorski has never been an ally on EU reform. Poland has its own interests in the EU to look after – and in recent years it become more assertive and effective in doing so – it is under no obligation to support the UK (this is after all what playing the EU game is all about). Poland considers its membership of the EU as its best guarantee of security – especially following recent events in Ukraine – and therefore sees any attempts to ‘weaken’ it as inimical to its interest. However, Sikorski has not only not supported the UK, he has gone out of his way to undermine Cameron’s reform agenda, for example by painting it in 2012 as an attempt to “wreck and paralyse the EU”.

It is true that more recently his tone and rhetoric has been more constructive – in April he said that Poland would be “perfectly willing to help [the UK] fix some of the problems of the EU”, but even his only specific suggestion was fixing the Working Time Directive. The WTD is certainly a significant issue which needs to be addressed but its hardly the most pressing problem facing the UK within the EU and it misses the point that there is a much wider critique to be made of how the EU currently operates. Indeed Sikorski’s wider rhetoric – “Britain is a great victor of the EU” is implicitly dismissive of these concerns and only serves to sustain the perception that of an out of touch, arrogant EU elite.

Despite their differences over the key issue of free movement, Poland and the UK continue to share strategic interests in a number of areas from free trade, better EU regulation, energy policy, rights for non-euro members (it’ll be a long time before Poland can join) and Russia/Ukraine. International diplomacy remains above all else a pragmatic business.

However, just because Cameron and Sikorski used to be Oxford drinking buddies, it does not mean they are natural allies on EU reform.