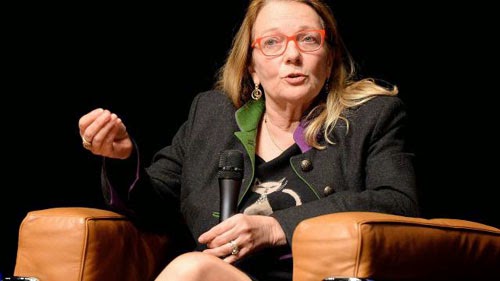 Nigel Farage has managed to form a new Europe of Freedom and Democracy (EFD) group in the European Parliament. The group comprises 48 MEPs from seven EU member states. The anti-immigration Sweden Democrats and the Latvian Farmers’ Union both joined forces with UKIP. But the story of the day is that the seventh nationality Farage needed to wrap up his group has been provided by…a French MEP who defected from Marine Le Pen’s Front National.

Joëlle Bergeron (see picture) was elected to the European Parliament with Front National last month. However, according to her, she came under pressure to give up her seat to another member of the party deemed as more ‘orthodox’ and closer to Le Pen. A couple of days before the European Parliament elections, Madame Bergeron had raised a few eyebrows in Front National’s leadership by speaking out in favour of giving immigrants the right to vote in local elections in France. She eventually decided not to step down as an MEP, but she quit Front National and joined UKIP’s group.

How these parties will coexist remains uncertain. For example, UKIP wants to quit the EU, and Beppe Grillo’s Five-Star Movement is a rather unpredictable quantity that doesn’t want to leave the EU and supports a financial transaction tax. Indeed, the fact that parties will be allowed to vote independently on each specific issue could help make the alliance more sustainable. 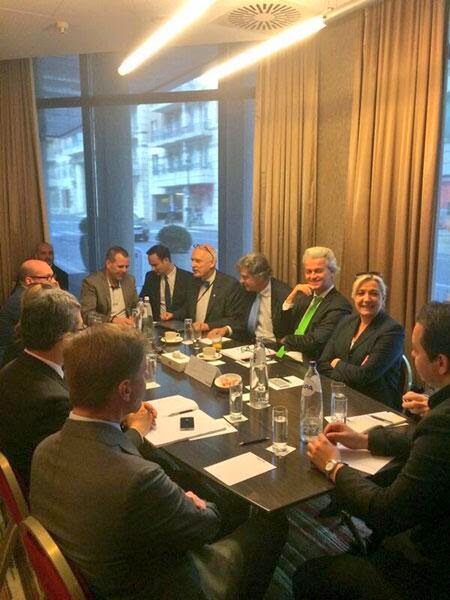 As we noted in a recent briefing, European Parliament rules mean the EFD group – as all the others – will be entitled to millions of subsidies every year. According to our estimates, based on 2012 figures, Farage’s new alliance could claim in total around €5.6 million a year – €3.8 million for the group in the European Parliament, and €1.8 million for the affiliated pan-European political party and foundation. UKIP is not a member of the latter two, so it will only be entitled to a portion of the money specifically devoted to the European Parliament group.

So Nigel was faster than Marine, but Le Pen still has a good chance of forming her own group. She was in Brussels yesterday for a meeting with her new allies, and Polish MEP Janusz Korwin-Mikke was sitting at the table (see picture) – most likely a sign that Poland’s Congress of the New Right (KNP) is on board. This means Le Pen only needs one more national delegation to finish the job. Difficult, given that the deadline to register new groups expires next Tuesday, but definitely not impossible.