As soon as the news that Germany’s anti-euro Alternative für Deutschland (AfD) had joined the Tories’ ECR group in the European Parliament – as we predicted would happen – hit the Twittersphere, the German reaction has been swift and pretty condemning.

Although the vast majority of Tory MEPs voted against the AfD joining, they were outvoted by their partners in the ECR.  Nonetheless, the top line is that this is not going to go down well in Germany, and the Conservatives and David Cameron should brace themselves for a lot of backlash.

Germany’s Die Welt leads on the home page of its website with “British Conservatives cooperate with AfD.” 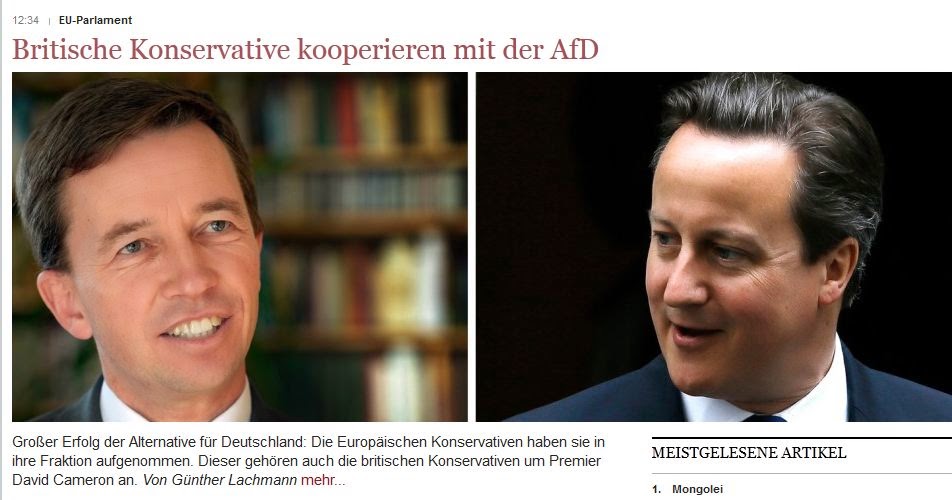 Leading financial daily Handeslblatt also leads with the story on its front page, with the headline, “Britain knights the AfD.” 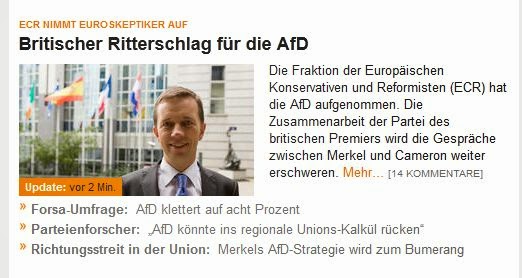 It is also front-page news on the website of Frankfurter Allgemeine Zeitung, under the headline, “AfD to be in a faction with the Tories in future”.

Süddeutsche hasn’t missed it either. On their front page, the story is written up as “The AfD docks with Cameron’s Conservatives.”

Spiegel also puts it on their front page, arguing, “Merkel forced Cameron to say no, but the European Conservatives thought otherwise: The AfD is now a member of their faction.” 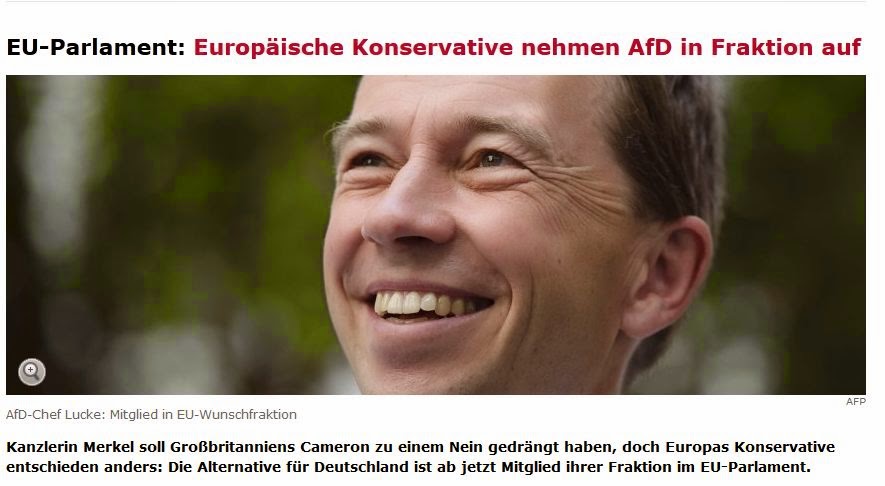 As we have argued before, Berlin is London’s most important ally in achieving a reformed EU. And news of the AfD in the Tories’ Conservative group could prove to be a major stumbling block in that process.