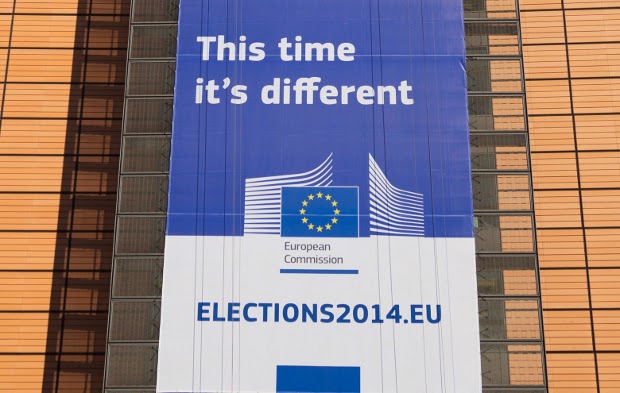 When selected as the Socialists’ candidate for the European Commission President, Martin Schulz claimed that:

“I want to be the first President of the Commission who is not the result of a backroom deal in a Brussels office.”

This is the main argument advanced by supporters of the spitzenkandidaten process (including by the current front-runner, Jean-Claude Juncker) i.e. that having the Commission President nominated by the largest political group within the European Parliament is more transparent and democratic than the previous process whereby EU leaders agreed the Commission President amongst themselves. For the first time, voters would be able to directly determine who would get this crucial post., and be able to hold politicians to account for their choice.

However, when the Parliament itself comes to vote on the appointment, as per its rules of procedure, the vote is held by, wait for it, a secret ballot:

Rule 105 : Election of the President of the Commission

1. When the European Council proposes a candidate for President of the Commission, the President shall request the candidate to make a statement and present his or her political guidelines to Parliament. The statement shall be followed by a debate.

The European Council shall be invited to take part in the debate.

2. Parliament shall elect the President of the Commission by a majority of its component Members.

The vote shall be taken by secret ballot.

Although this is not a new development – Barroso was confirmed by secret ballot – this time it was supposed to be different. It is hard to stress just how absurd it is for MEPs to decry a “stitch-up” by national leaders and then refuse to allow themselves to be subjected to scrutiny. If the idea is to make the appointment process more transparent and to ‘put voters in charge’, how can voters hold their MEPs to account when they do not know how they voted? How will – for example – Labour voters know if their MEPs will follow the party line and vote against Juncker should he emerge as the European Council’s preferred candidate?

For all the laudable talk about democracy, transparency and accountability, critics will be forgiven for thinking that this is about the European Parliament trying to carve out more power and influence for itself within the EU structure. Yet another reason to drop the spitzenkandidat charade and allow national leaders – who have a much stronger democratic mandate – to make this decision.