Last year, we covered the Cypriot crisis extensively, and the steep decline in Cypriot deposits in particular. As we reported back then, the problem was likely to continue for some time, and did.

But now, just over twelve months on (data from end of April), Cypriot deposits may have hit bottom after increasing by €266m in April – the first increase since December 2012. 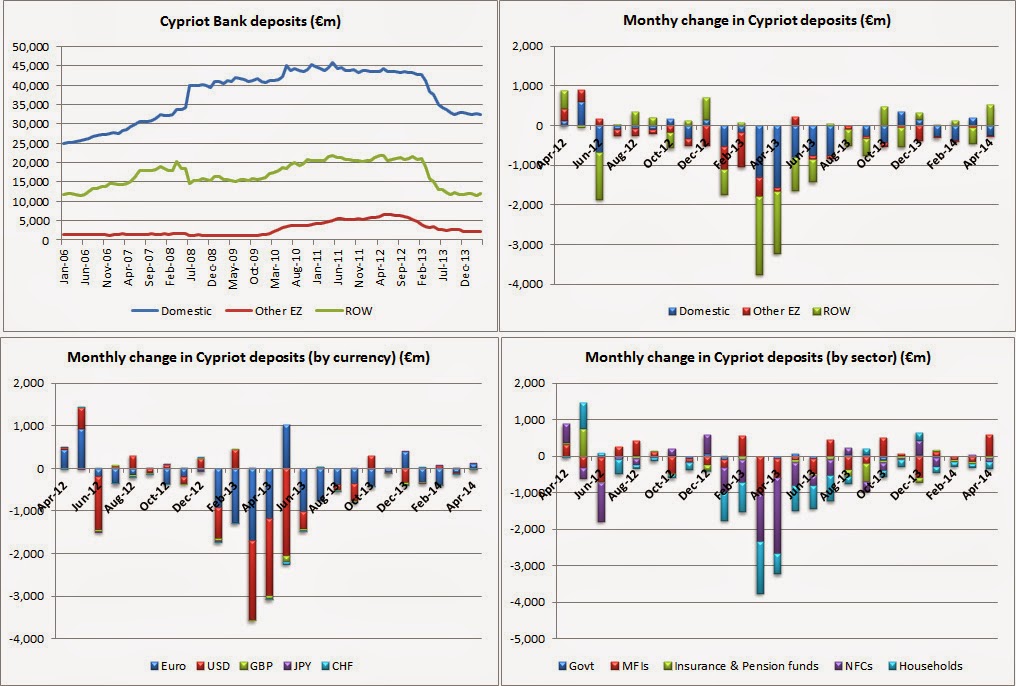