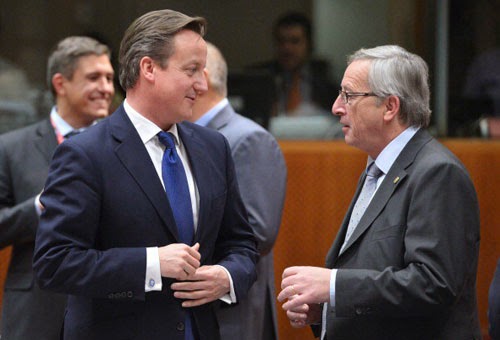 “Something is rotten in Europe” was the German newspaper Die Welt’s damming take on the European elections, which last week saw record numbers vote for anti-establishment parties of various shades. The lesson is simple: offer voters a binary choice between “more Europe” and “no Europe”, and eventually they will choose the latter. The answer must be sweeping reform.

Many in the European Parliament are bent on not learning this lesson – and have claimed the “democratic” right to appoint the next head of the EU’s executive arm, the European Commission. Many EU leaders disagree, rightly arguing that this isn’t what the EU treaties say at all. This has triggered a maddening stand-off, perplexing Brussels observers and voters alike. But this is a hugely important proxy battle between two competing visions: one of an EU-lite, centred around the single market with national parliaments as the ultimate democratic check. Or “ever closer union” with Brussels and the EP at the centre of a supra-national democracy.

Having MEPs appoint the Commission’s president will do nothing to boost democratic accountability in the EU. Europe lacks a common political space (a demos) – none of the main UK political parties have backed the main EP candidates. Neither do MEPs have more legitimacy than democratically elected national leaders. Consider, for example, that across the EU average turnout in national elections is around the 70 per cent mark – compared to 43 per cent in last week’s European elections.

To add fuel to the fire, MEPs have nominated the very personification of Europe’s old orthodoxy – the arch-federalist Jean-Claude Juncker. PM of Luxembourg for 18 years, he once said of the controversial Lisbon Treaty that “of course there will be transfers of sovereignty. But would I be intelligent to draw the attention of public opinion to this fact?”

David Cameron is now scrambling to block Juncker and he may just succeed – Germany’s Angela Merkel, who tends to decide such things, could graciously move him to another EU top job (an improvement at least). So, if not Juncker, then who? Well, the race is wide open.

The centre-right will have the first go by virtue of “winning” the European elections.

The potential runners and riders include IMF Managing Director and former French finance minister Christine Lagarde – a frenchwoman with an Anglo-Saxon twist, she appeals to many Brits, but would sit awkwardly with François Hollande’s Socialist government.

Irish Taoiseach Enda Kenny would be naturally close to the UK, but if seen as a Cameron puppet in the EU, it might well backfire.

“The EU without Britain is like fish without chips,” said former Finnish prime minister Jyrki Katainen, another candidate who may go down well in London but may lack the necessary gravitas.

Opting for Polish prime minister Donald Tusk would be complicated: though sympathetic on free trade and an atlanticist, he has gone cold on Cameron in the wake of the Prime Minister’s remarks about EU migration.

Alternatively, a candidate from the Baltic states – such as Lithuanian president Dalia Grybauskite – could be parachuted in at the last minute as a compromise.

Ironically, from Cameron’s point of view, one of the three front-runners on the centre-left – which could yet end up being selected depending on who gets other EU top jobs – might be preferable.

Former Italian prime minister Enrico Letta is a federalist (like most Italian politicians) but has talked of treaty changes providing “a more flexible Europe in the interest of the UK.”

Former Head of the World trade Organisation Pascal Lamy is a rare breed – a French Socialist with a penchant for free trade.

Or, this being Europe, it could be someone completely different. What’s clear is that whoever comes out on top will be an indicator of Cameron’s chances of achieving sweeping change ahead of a potential 2017 referendum. The stakes are huge.