Meet Podemos, the great newcomer of the European elections 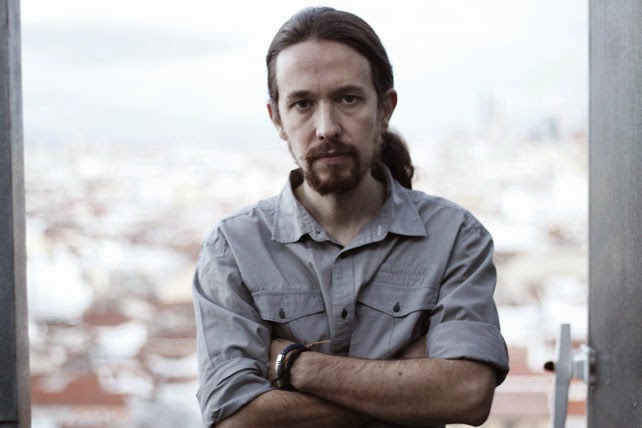 The European Parliament elections have dealt a blow to Spain’s traditional two-party system. Together, Prime Minister Mariano Rajoy’s Partido Popular (PP) and the opposition Socialist Party (PSOE) won 49% of votes. In 2009, their combined score was 80.9%. No wonder Socialist leader Alfredo Pérez Rubalcaba has decided to step down following his party’s poor showing.

But the big story coming out of Spanish ballot boxes is the success of Podemos (We Can), a new left-wing, anti-austerity movement that came from nowhere to become Spain’s fourth largest party and win five seats in the new European Parliament.

And ‘nowhere’ really means ‘nowhere’ in this case. Podemos was officially registered as a political party in March 2014 – which makes its performance extraordinary. Its leader, 35-year-old Pablo Iglesias (see picture), is a Political Science professor but also a bit of a TV star in Spain. Interestingly, his parents called him Pablo so their son could bear the same name as Pablo Iglesias, the founder of the Spanish Socialist Party.

Factoids apart, we have been flicking through Podemos’s European elections manifesto. The following bits give a good feel for what Podemos stands for in a number of policy areas:

Call it left-wing, anti-establishment, anti-austerity (but clearly not anti-EU), the rise of Podemos is significant because – similar to what the Five-Star Movement has done in Italy – it can give Spaniards a channel through which they can voice their dissatisfaction with the political establishment (and the current eurozone economic policies), something which has been lacking at the peak of the eurozone crisis.

In an interview with today’s El Mundo, Pablo Iglesias has refused to reveal whether he and his movement will stand in next year’s Spanish general election. For now, though, it seems Beppe Grillo may just have found someone to work with in the new European Parliament.