Anti-system MEPs surge in the European Parliament: how will EU leaders respond?

Open Europe has today responded to the preliminary 2014 European Parliament elections results. Please note that these figures are based on a combination of final results and some projections so could still be subject to change. However, we do not consider any substantial swings likely. 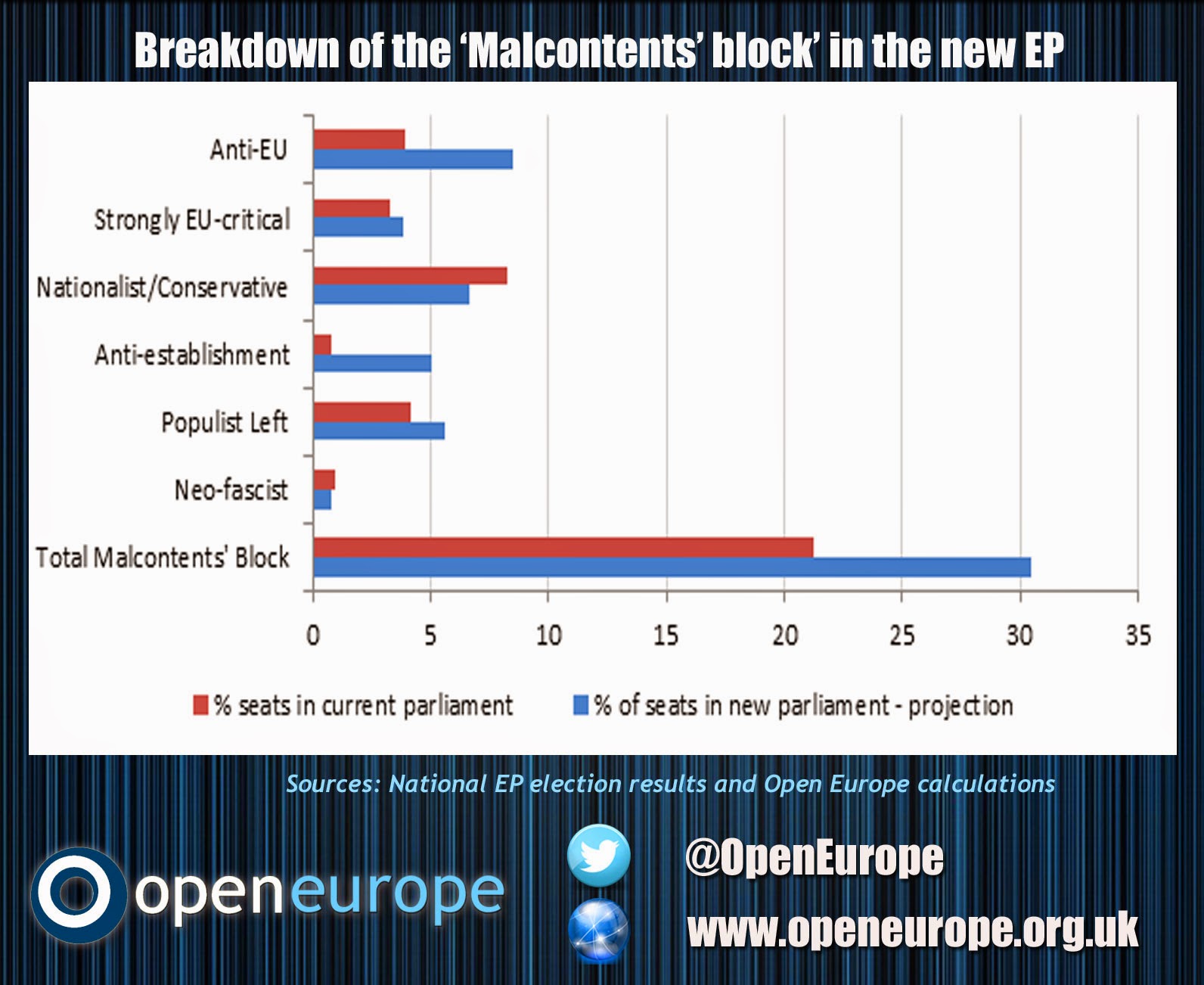 The rise of anti-EU and protest parties on the left and right will make European politics more unpredictable but, paradoxically, it could also strengthen the resolve of the three mainstream groups to continue to vote for more Europe in the European Parliament, in order to freeze out the anti-EU contingent (click on the pictures to enlarge). 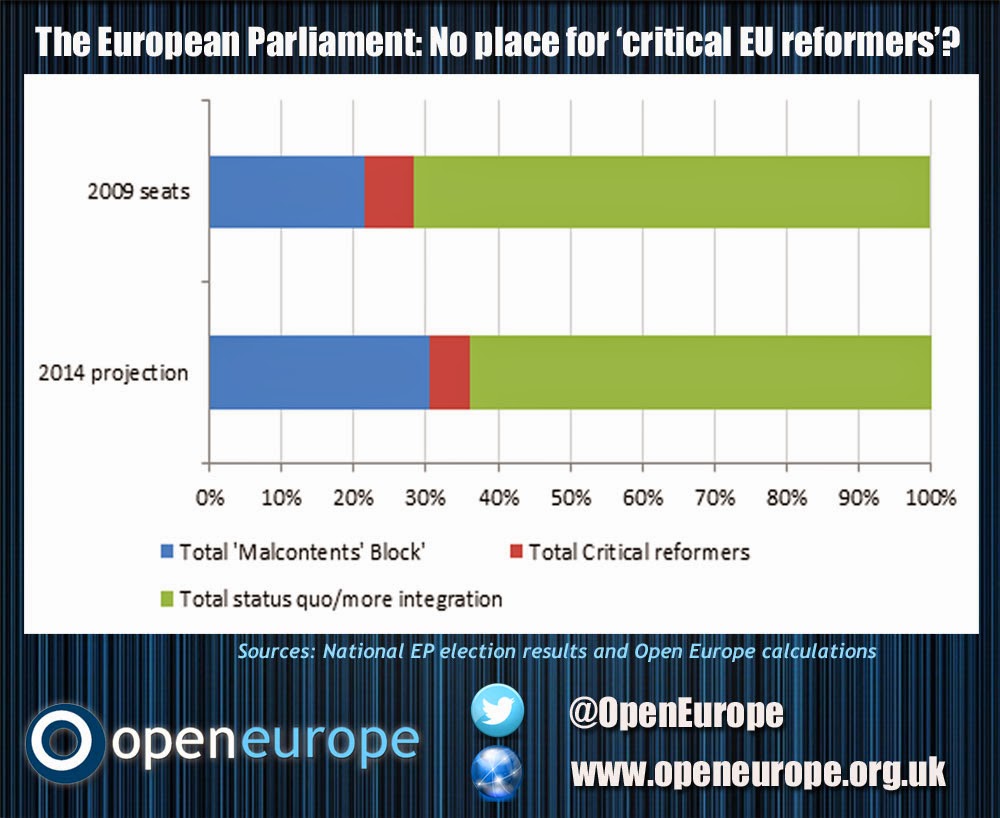 The temptation in Brussels and national capitals will be to view this as the peak of anti-EU sentiment as the eurozone crisis calms down and the economy improves. This would be a huge gamble. The make-up and reasons for the rise of these parties are complex, but it’s clear that the best way to cut off their oxygen is to show that the EU can reform itself and respond to voters. These elections are a clear warning: offer voters a polarised choice between more Europe and no Europe and sooner or later they will choose the latter.

David Cameron now faces a seriously tricky week. He has two main challenges. First, he will try to muster enough allies to block Jean-Claude Juncker, the front-runner for European Commission President, although it’s not looking overly promising. Second, he faces the dilemma of aligning himself with more nationalist parties to secure his party’s standing in the EP, which comes with the risk of alienating his natural allies on the centre-right who will be crucial in his bid to achieve EU reform.

EU leaders will meet tomorrow evening to discuss what to do next and how to negotiate with the new parliament. It might not be pretty.