Hey Herr Schulz – what happened to your pan-European values?

.@OpenEurope on @MartinSchulz‘s new campaign ads http://t.co/ECWtV53G0f Tho I think they disagree with French veto over German flag waving
— Bojan Pancevski (@bopanc) May 23, 2014


Just to make clear, as Bojan Pancevski of the Sunday Times points out, it’s not that Schulz is playing the German card per se that we’re critical of – clearly Germany is within its right to pursue its interests like everyone else. It’s that Schulz has built his entire career and campaign on the notion that the nationalist interest is a dated (and indeed dangerous) concept.

This is really odd – and painfully revealing.

In today’s Bild – Germany’s and Europe’s biggest tabloid, which is up there with UK tabloids on the hit list of  Brussels spokespeople (Bild once urged the Greeks to sell their islands) – the Socialist’s Spitzenkandidaten Martin Schulz has taken out an advert that comes conspicuosly close to pandering to nationalist instincts. 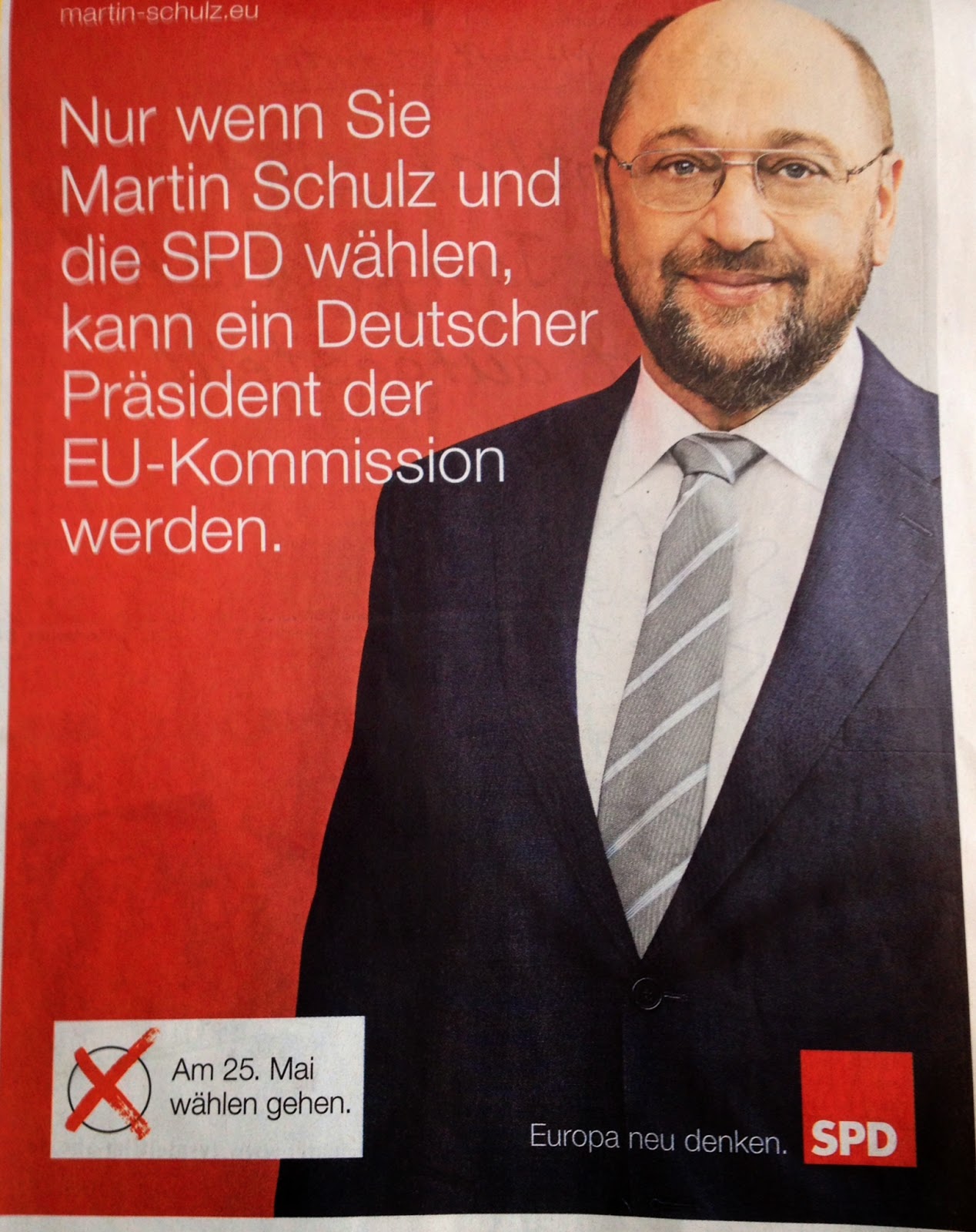 Only if you vote for Martin Schulz and the SPD can a German become the President of the EU Commission.

The thing is, Schulz has built his career on bashing those who come even close to playing the ‘nationalist’ card in Europe – targets have included David Cameron and indeed Angela Merkel herself – claiming he hopes “national identities [will] melt away” and that the “The Nation State has reached its limit.” In today’s Le Figaro he said he campaigns against “nationalism adorned with all virtues.” And in a recent interview with Der Spiegel, Herr Schulz claimed that “nationality plays no role for me.”

By all means, don’t your let ‘pan-European democratic values’ stand in the way of scoring some desperate, last-minute points in a tabloid…