Sarko drops a bomb: At least half of EU powers should return to member states 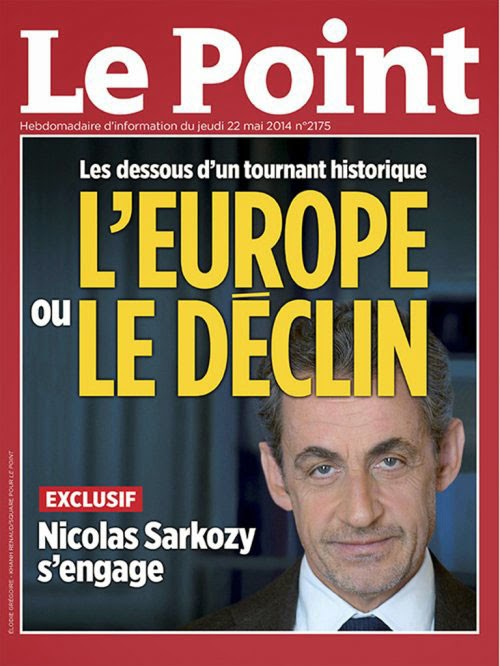 Three days ahead of the European Parliament elections in France, former French President Nicolas Sarkozy has written a bombshell piece on Europe for French weekly Le Point and German daily Die Welt – calling for “at least half” of current EU powers to be handed back to member states.

Here are the key bits:

We need to look at today’s European Union with lucidity. It can’t work at 28 as it did at six, nine, or even twelve [member states]. I sincerely believe that there will be no alternative to a drastic reduction of the extent of [the EU’s] competences. The situation today borders on the ridiculous and condemns us to powerlessness.

Europe has ended up creating an administrative labyrinth, with the Commission and its departments, which indeed need to keep themselves busy. The result: hundreds of directives about the most various and often the most pointless issues.

Today, we need to scrap at least half of [the EU’s] current competences – which will have to be taken on by member states tomorrow. We need to regroup Europe’s competences into less than ten basic priority policy areas: industry, agriculture, competition, trade negotiations, energy, research…

It would be unfair to use the Commission and its President as convenient scapegoats for our difficulties…That said, the [European] Commission should no longer have legislative competences because there’s a European Parliament, and it is only for it to legislate.

On the eurozone vs EU-28 issue, Sarko writes:

Let’s have the frankness to say that the myth of one Europe fell to pieces after the adoption of the euro by 18 of 28 [EU] countries. There’s not one Europe anymore, but two. Furthermore, these two Europes today need to revise their strategies in different directions. More integration for the 18 [member states] that share their monetary sovereignty.

At the same time, we need to stop believing the myth of equality of rights and responsibilities among all member states.

It is evident that we need to immediately suspend Schengen I [the EU’s passport-free travel area] and replace it with a Schengen II, which member states could only join after they have previously adopted the same immigration policy.

On this blog, we’ve argued several times (see here and here) that the rise of Front National has pushed part of France’s UMP, the main centre-right party, towards a more critical stance on the ‘Europe’ issue. It should be clear by now that David Cameron could find allies in France who could back his plan for an EU that does less, but does it better.

However, the French presidential election is still three years away and, as we have said before, Cameron’s biggest potential weakness is his 2017 deadline, which means some of his natural allies will not be in power to help him.