The ONS has this morning published another set of updated migration figures. As always they make interesting reading with respect to EU migration – many eyes are on the figures for Romanians and Bulgarians in particular. 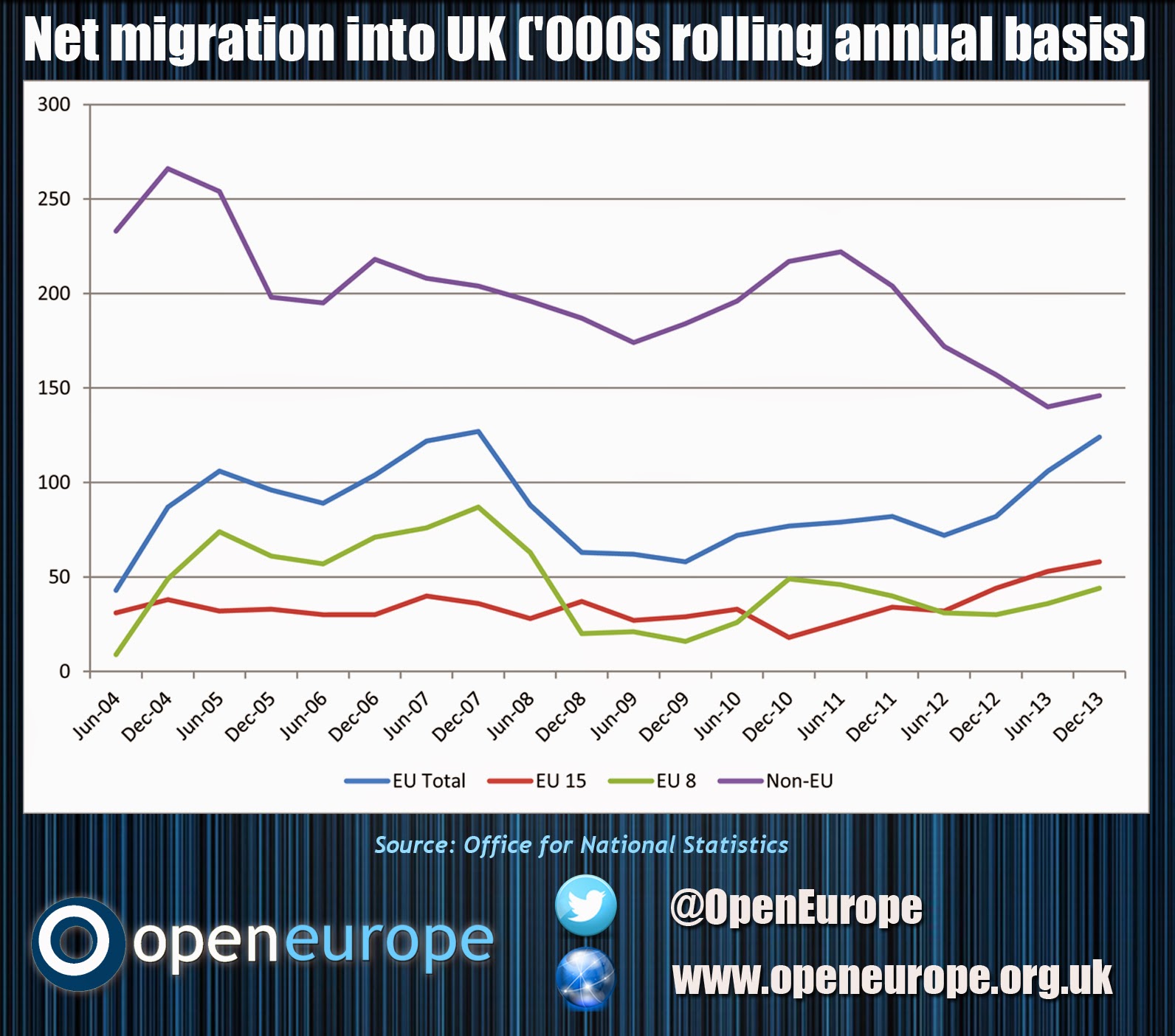 As the graph above shows, net immigration from the EU increased from 82,000 in 2012 to 124,000 in 2013. While non-EU immigration still accounts for a larger share of the total, the gap has narrowed significantly recently. This jump in EU migration has not been driven by an increase in one particular group, inflows from EU 15, EU 8 and Bulgaria and Romania have all increased. 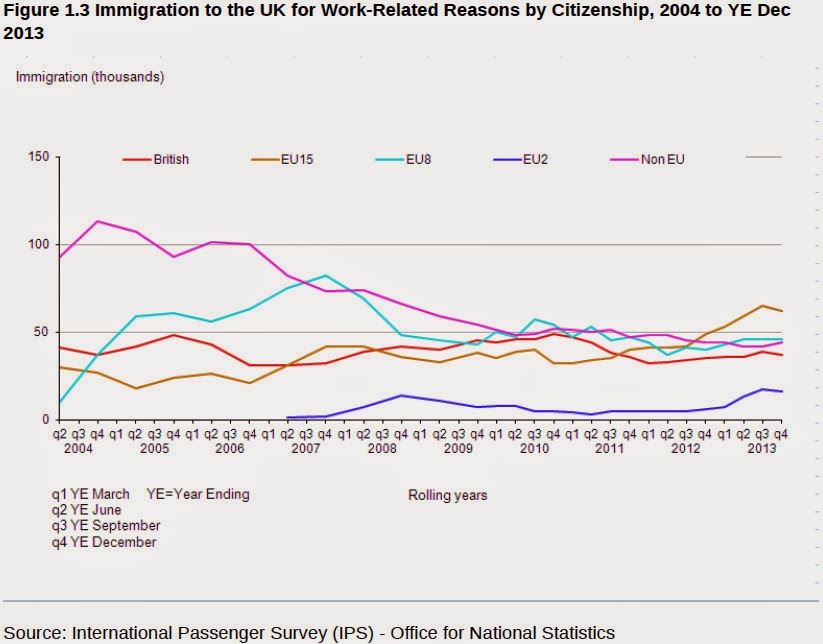 Looking a bit deeper, it’s clear that these different groups of migrants have very different reasons for moving to the UK. As the ONS graph above highlights, the number of non-EU migrants moving to the UK for work has fallen steadily while those from the EU, and EU 15 in particular, have increased quickly. Furthermore, as the graph below highlights, work related reasons dominate EU migration but non-EU migration is now mostly driven by studying or family migration. 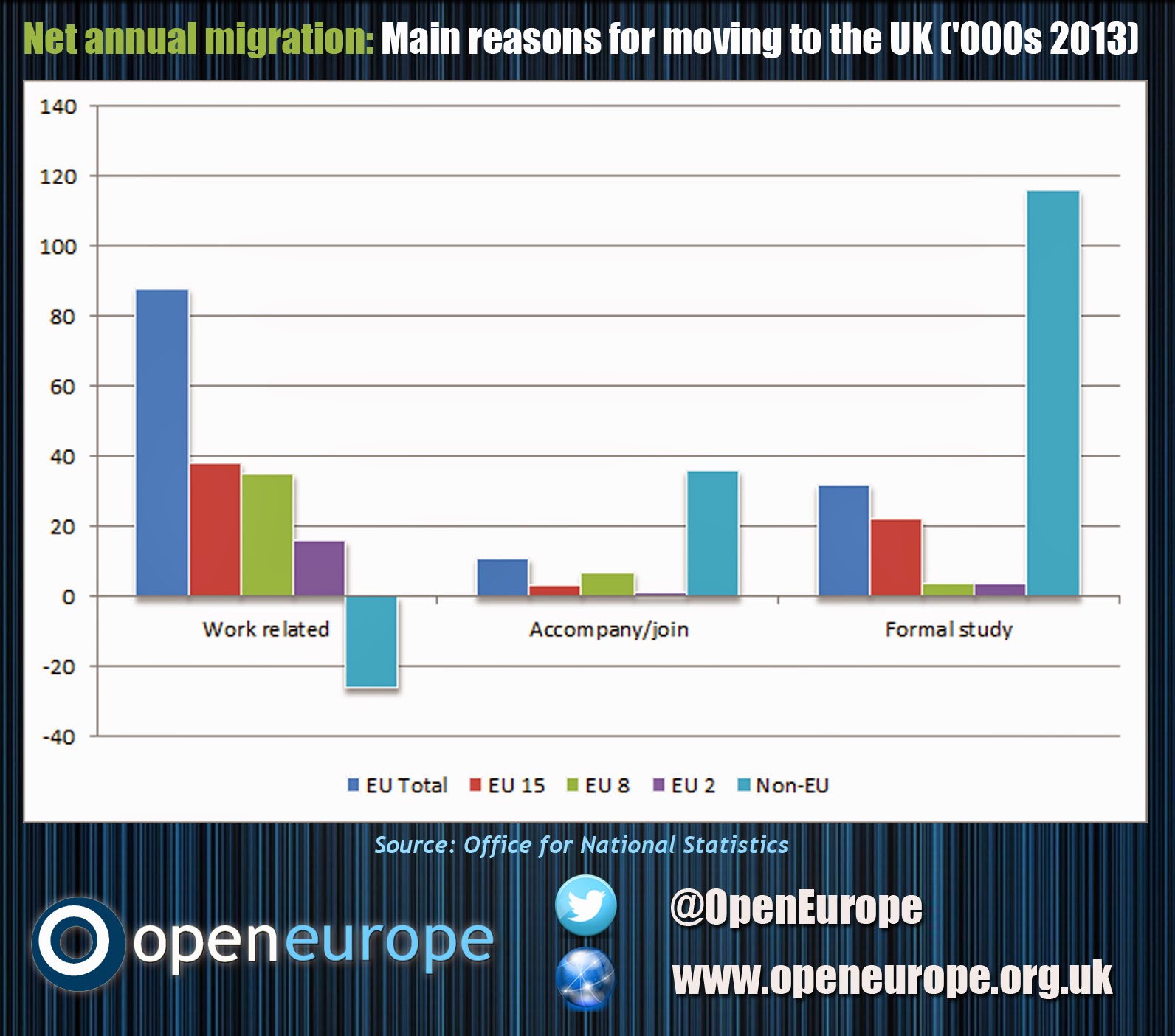 Perhaps the most interesting figure from all of this data though is the sharp rise in the number of Bulgarians and Romanians applying for national insurance numbers in the year up to March 2014 – which jumped by 7,000 and 29,000 respectively.  This is over the past year, not in a single quarter, so broadly fits with the previously released figures (which we analysed here) which showed that 29,000 workers from these countries had moved to the UK in the past year. So there’s a gap between people from these countries who got a NIN on the one hand and who are working on the other. However, this doesn’t necessarily mean that the 7,000 who make up the difference are on benefits (as the periods don’t necessarily overlap).

In any case, as the ONS itself points out, the overall impact of removing transitional controls will not be clear for some time, will full data for 2014 not out till mid-2015. Still, Ukip and others are likely to run with these figures.