What happens next after the European elections? Get ready for a royal punch-up… 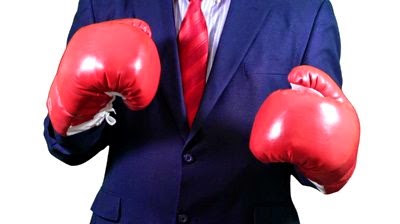 With the European elections taking place on Thursday through to Sunday this week, it is worth considering what happens next. The proposed Spitzenkandidaten or European Parliamentary families’ candidates for European Commission President is set to make the post-election horse-trading and politicking more fraught than usual. As we warn into today’s Times this could have huge implications for the future of the EU and David Cameron’s reform agenda.And it will be nothing short of a royal punch-up.

The EU treaties are ambiguous about exactly how the next Commission President should be selected, but the Lisbon Treaty states that EU leaders must for the first time take “into account” the result of the European elections when proposing the new European Commission President. Ultimately, EU leaders retain the power to reach a compromise candidate among themselves, but the EP’s veto over the appointment could lead to a stand-off between governments and MEPs.

Here is a quick timeline to keep in mind – in effect there will be a three round selection process:

27 May: Martin Schulz (currently European Parliament President and the Socialists’ Spitzenkandidaten), Jean-Claude Juncker, the centre-right EPP candidate, meet the other candidates over breakfast to discuss outcome of elections – presumably to put pressure on national leaders who will meet for dinner later the same day to appoint one of the MEPs’ chosen men.

ROUND 2 – 27 May: EU leaders meet for dinner to discuss outcome of the elections – they will no doubt discuss whether to opt for a Spitzenkandidat or propose another candidate. Whether an alternative candidate would come from either the centre-left or centre-right will likely to depend on the outcome of the elections. However, it is unlikely EU leaders will be able to publicly select their candidate before the distribution of the political groups is known (see below).

June: formation of European Parliament political groups – this could be important because the post-election jockeying will determine the political groups’ distribution in the new parliament. If the result between the centre-right EPP and centre-left S&D is tight, as it is looking, picking up a few MEPs here and there from other groups could be vital in becoming the largest group.

The focus will also be on whether Marine Le Pen and Geert Wilders manage to put together a new far-right grouping and what the post-election scramble might mean for other groups such as UKIP’s EFD and even the Conservatives’ ECR group. To get the formal status of a political group it must consist of at least 25 MEPs, elected in at least one-quarter of the Member States (i.e. at least 7).

ROUND 2a – 26-27 June: EU leaders meet at European Council meeting. When the European Council has made its proposal for the Commission President, a period of negotiations with the Parliament on his/her political priorities and programme could take place.

1-3 July: EP constitutive session: MEPs officially take up their seats in the Parliament. Election of EP President (not to be confused with the Commission President), vice-presidents and quaestors

ROUND 3 – 14-17 July: session of the Parliament – election of Commission President by a majority of MEPs. Should EU leaders’ candidate be rejected, the European Council, acting by a qualified majority, has one month to propose a new candidate.

September: hearings of designated European Commissioners. The Commissioners-designate appear before the parliamentary committee(s) relevant to their prospective fields of responsibility. MEPs do not have the power to reject individual Commissioners but, in the past, these hearings have led to candidate commissioners withdrawing or having their portfolio changed.

So, given that both parts have an effective veto – echoing the Italian parliamentary system (that great constitutional model for getting stuff done) – this stand-off can last for a long time.

Regardless, it won’t be pretty.