The Farage Paradox: UKIP on the rise but so is public support for EU membership 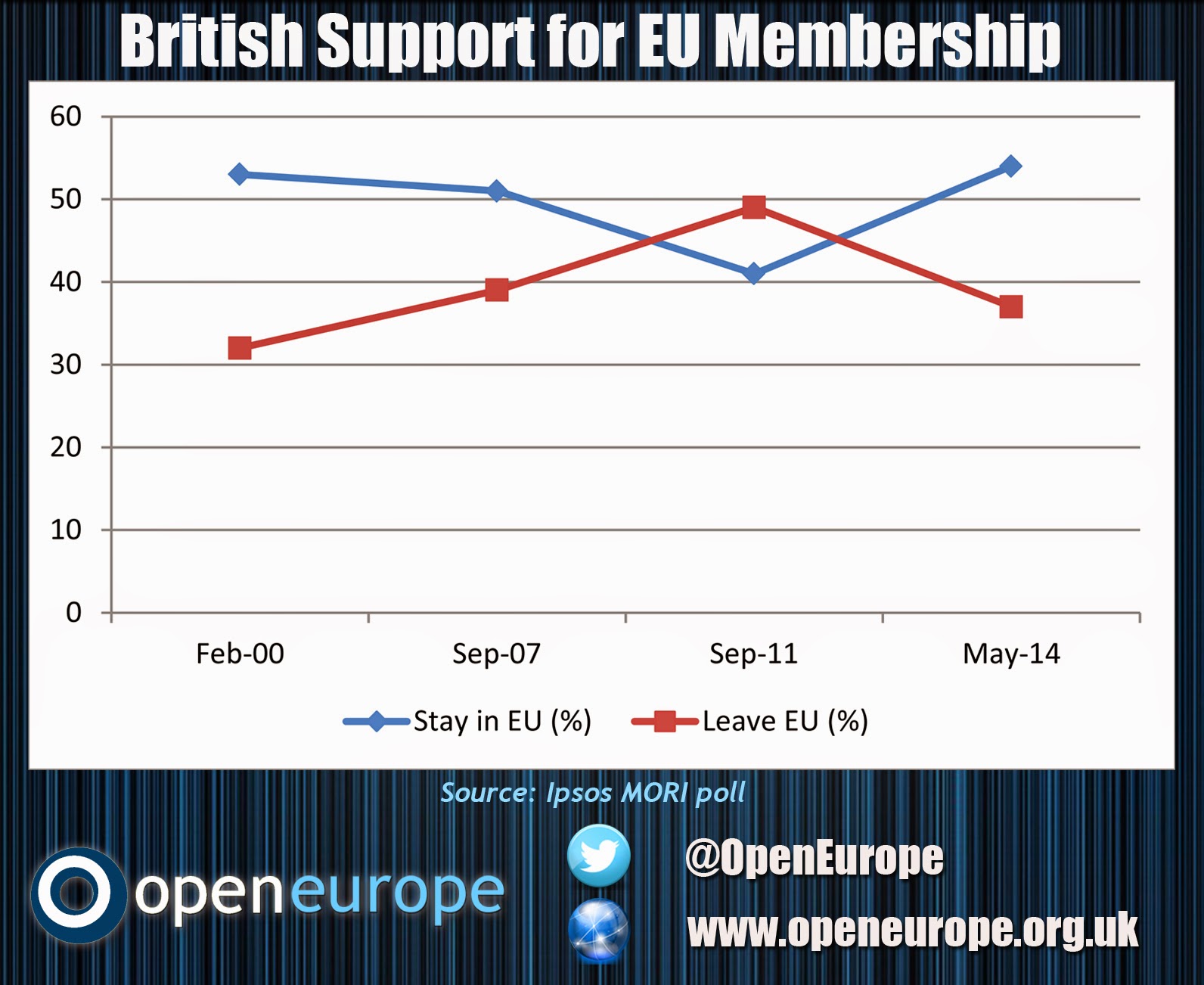 Why is this the case? The most obvious factor is the improving economic situation in both the UK and (most of) the eurozone. Another factor could be that as the EU debate has become more prominent, it has forced people to consider the issue and come down on one side or the other – it is notable that only 10% say they don’t know how they would vote.

Likewise, the concerted focus on EU reform primarily by the Conservatives but also to a lesser extent by Labour and the Lib Dems may have reassured voters that the EU may be moving in the right direction. This has also involved much sharper and clearer communication by David Cameron of what kind of EU reforms he will prioritise, as well as high profile interventions by EU politicians calling on the UK to stay in and emphasising the UK’s importance to the EU.

The irony is that the upswing in support is happening at exactly the same time that UKIP is riding high in the national polls and could well come first in next week’s European elections, and UKIP leader Nigel Farage was widely seen as having beaten Nick Clegg in the EU debates. These figures lend credence to the theory put out by some including British Future’s Sunder Katwala that while Farage is effective at maximising the UKIP vote, his message and rhetoric, including the overwhelmingly negative focus on immigration, is actually a turn-off for potential supporters of a UK exit (Douglas Carswell has also made this point).