The gates are open but so far no flood 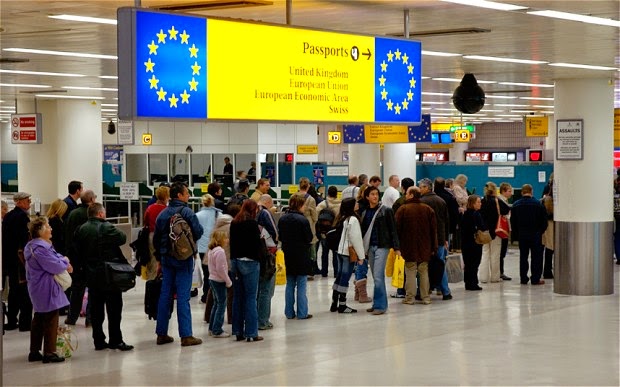 Official data from Office of National Statistics published this morning shows that the number of workers from Bulgaria and Romania have dropped from 144,000 to 140,000 since transitional controls were lifted for workers from the two countries on 1 January 2014. As we said all along, not quite the opening of the floodgates that some had predicted. 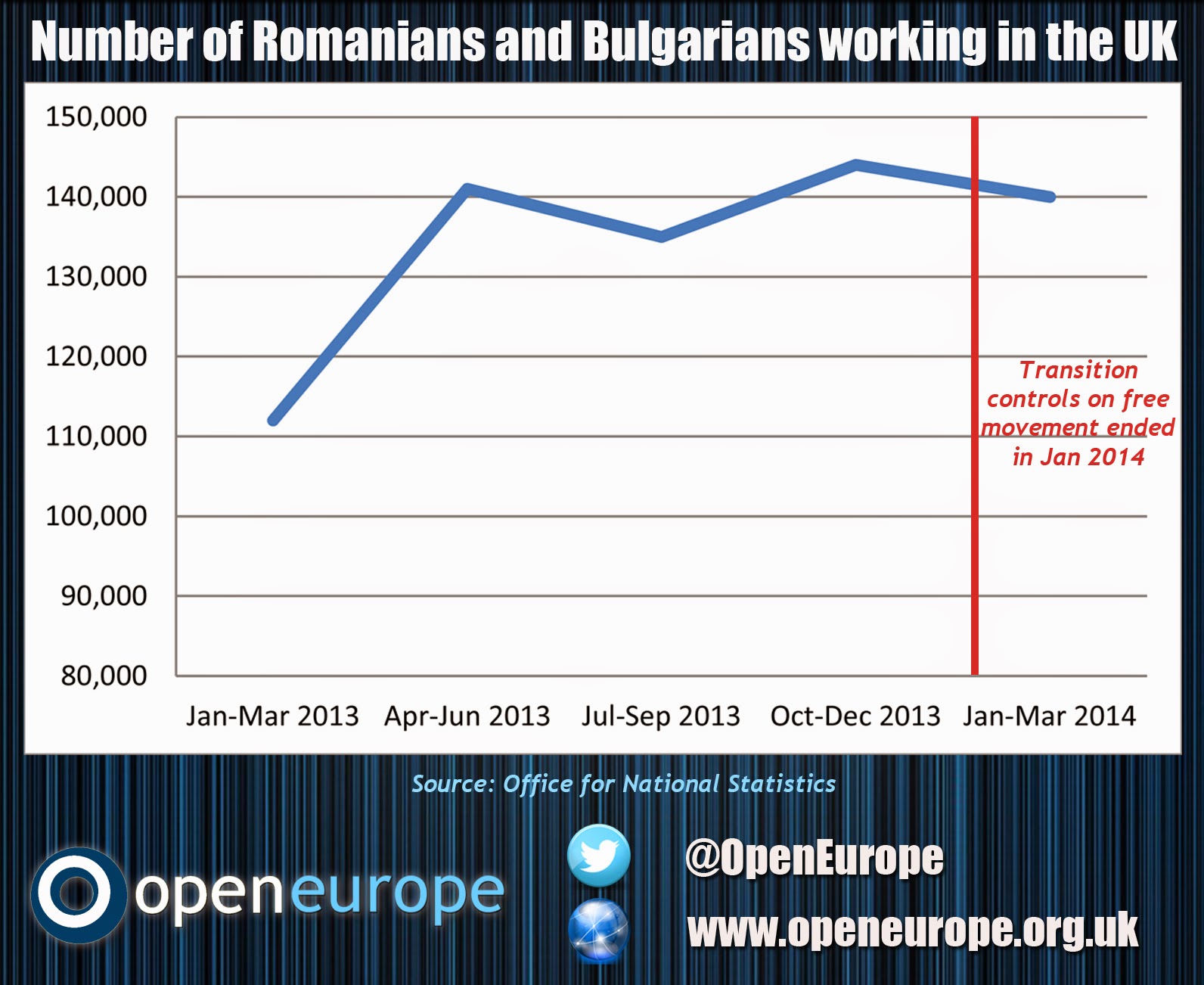 Nevertheless, this still represents an increase of 29,000 workers from Bulgaria and Romania year-on-year. And the quarterly numbers do not present a full picture on which to judge any longer-term change or pattern. 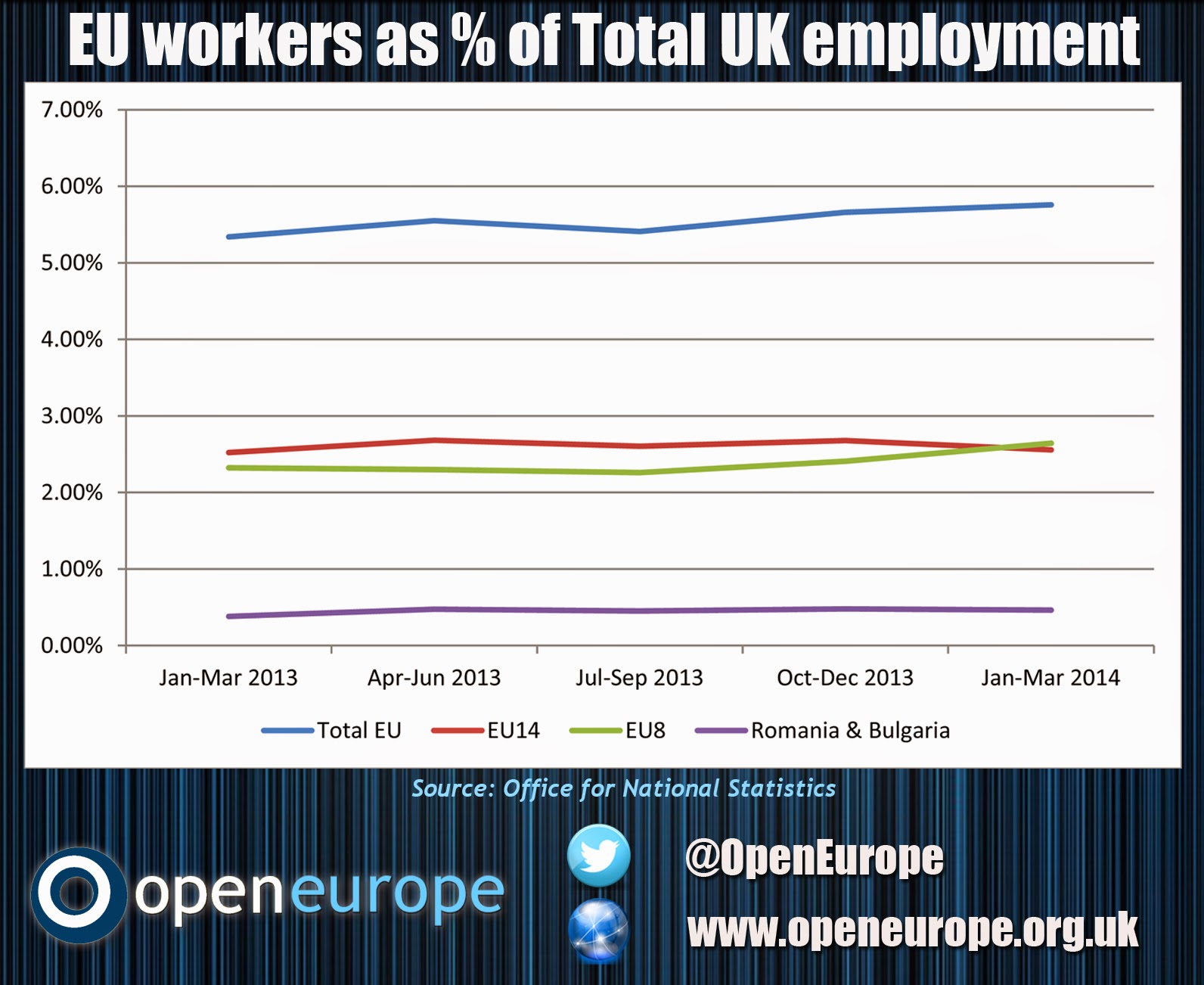 More broadly, the data shows that, while coming from a low base, EU employment has driven quite a lot of the recent increase in employment. In total, the number of  employed in the UK has increased by 741,000 year-on-year. Migrants from the Central and Eastern European ‘EU 8’ countries only account for 2.3% of total UK employment but, over the past year, workers from these countries have accounted for 15.5% of the increase in UK employment (see graph below). 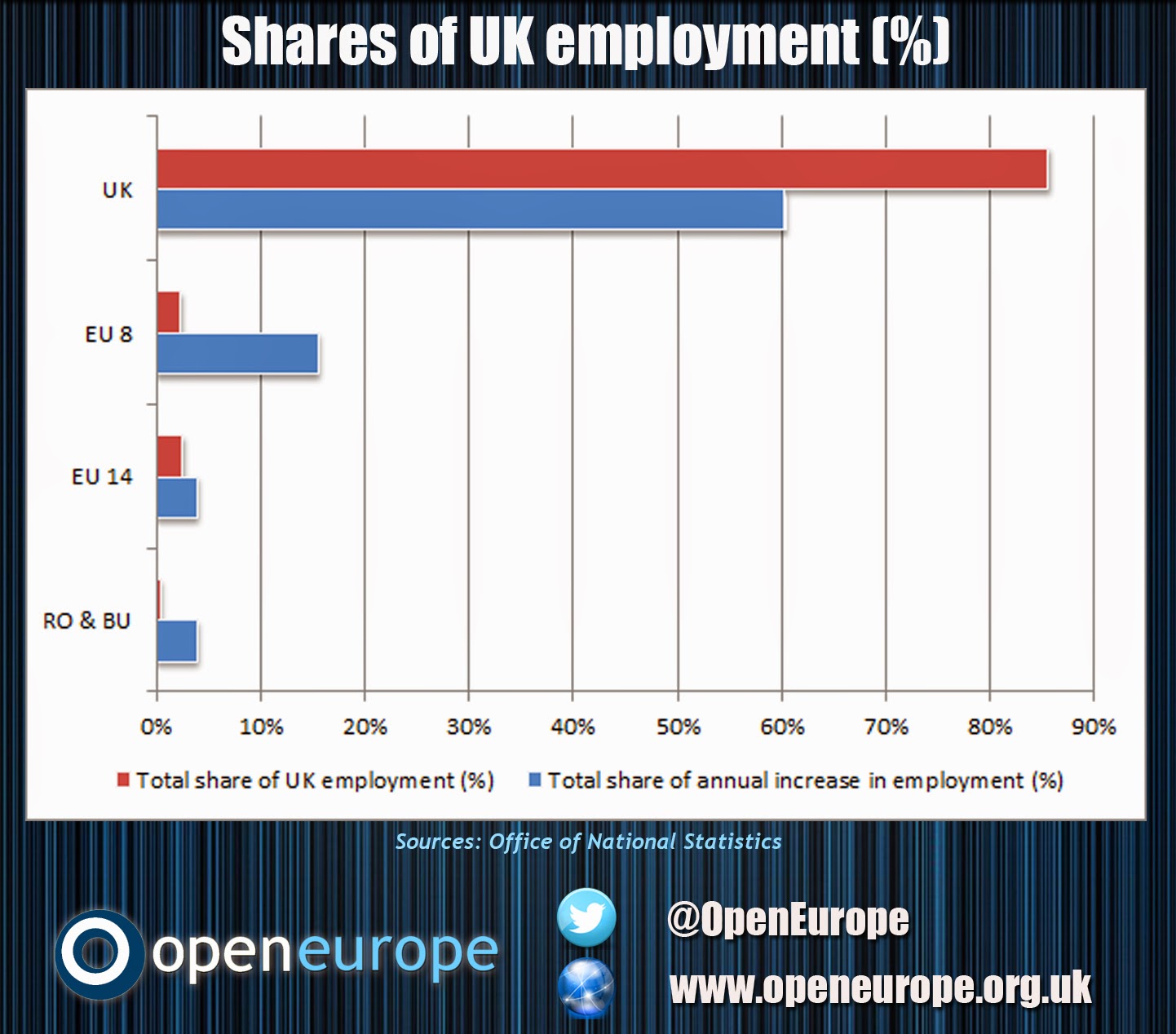 It remains to be seen whether these figures will have any effect on the political debate about migration in the UK, particulalry from the EU. Annual migration (rather than employment) figures released later this month (potentially on European election day) are expected to show that EU migrants from the EU will outnumber migrants from non-EU countries for the first time – which has the potential to be politically explosive.