The European Parliament – a failed experiment in pan-European democracy? 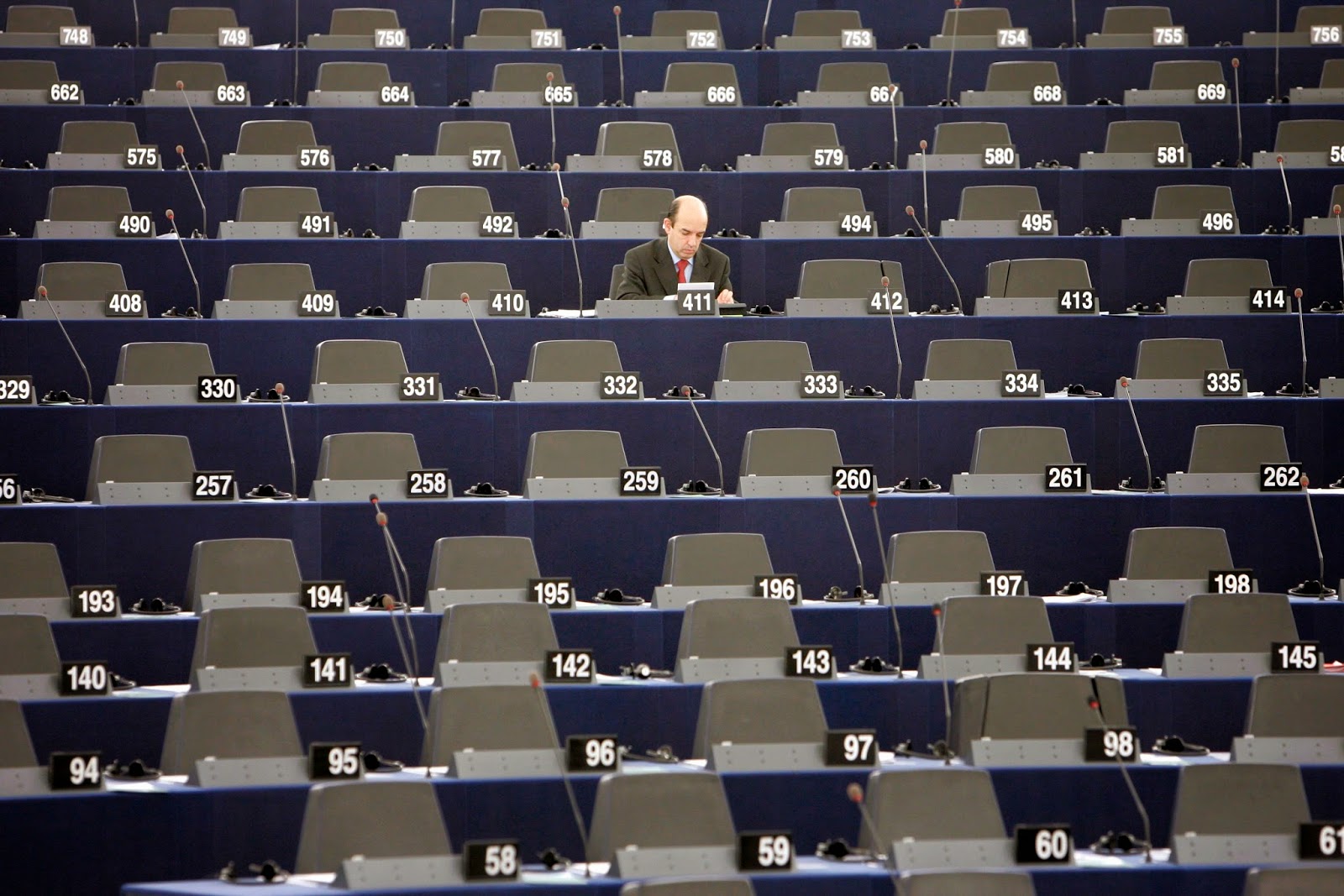 In a new report published this morning we assess the track record of the European parliament and conclude that it has failed as an institution on a number of fronts. Although many individual MEPs work hard and conscientiously for their constituents, the European Parliament as a whole has failed to gain popular democratic legitimacy. Still, given that the EP now has a lot of power to decide law that impacts on people’s every day life – from working hours to browsing the web – there’s a lot of reason to vote in the European elections.

Here are the key findings: 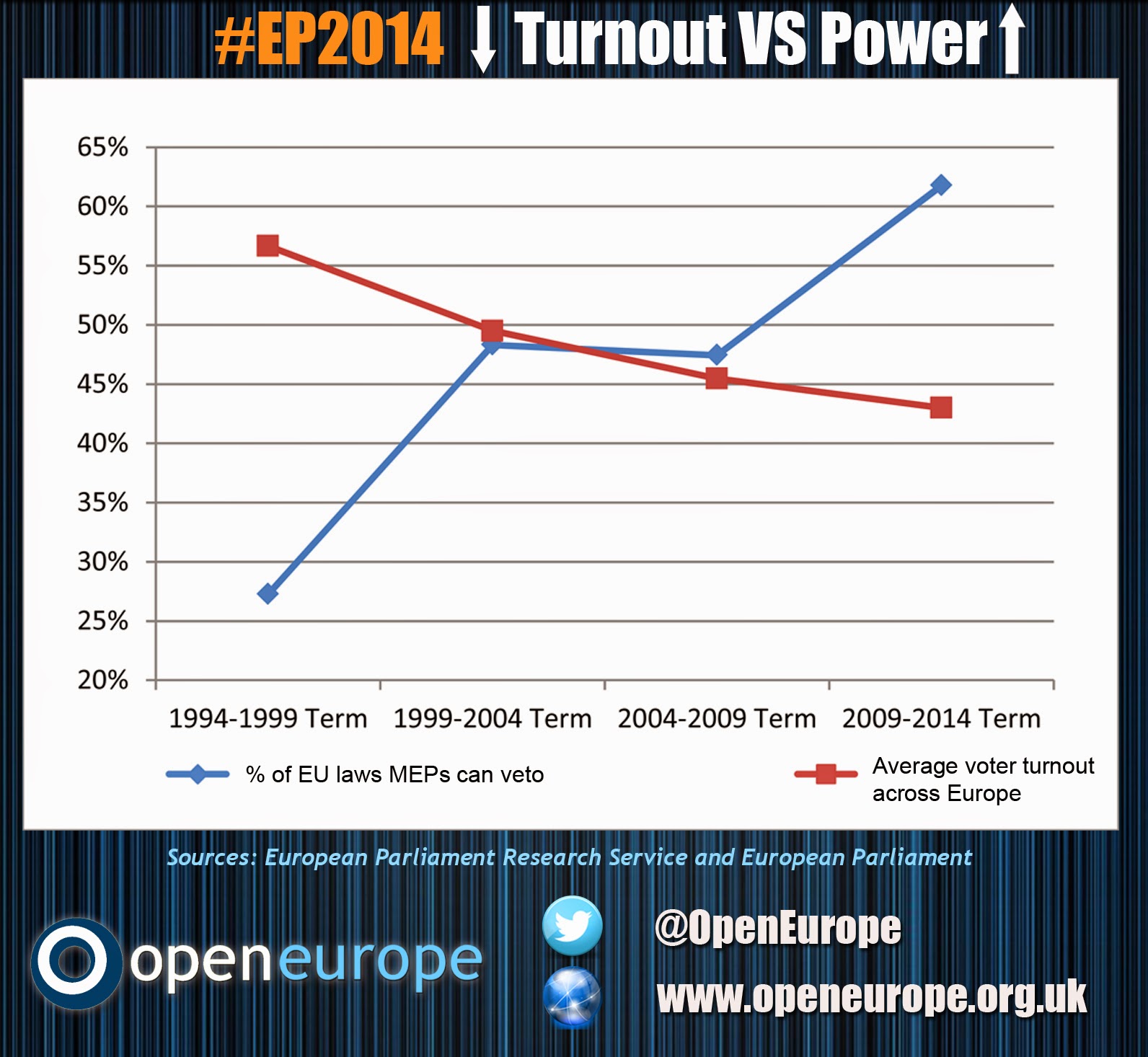 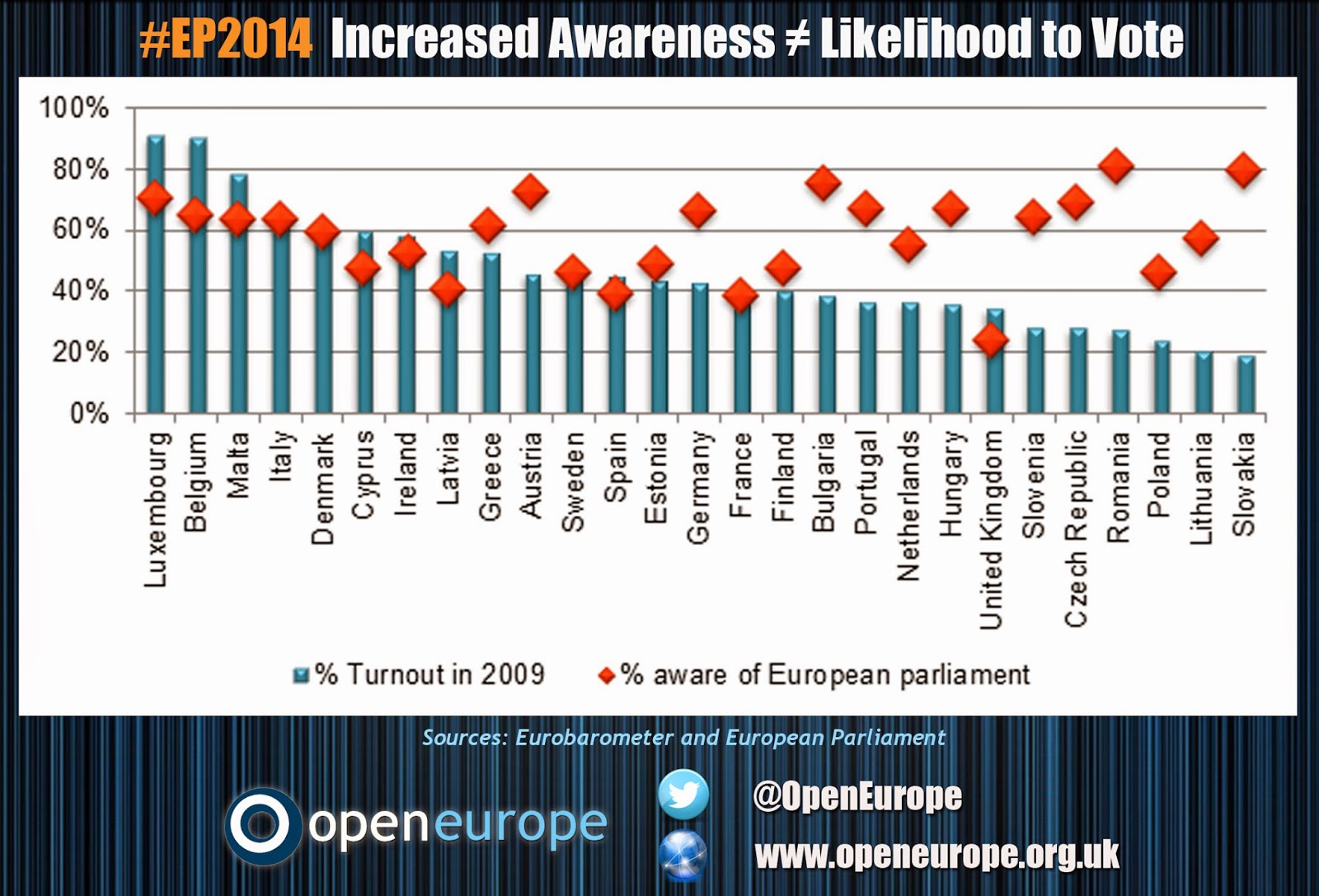 Likewise, low turnout cannot be explained by a lack of interest – in the Netherlands, 61% say they were interested in European affairs – the highest in the EU – yet the turnout of voters at 36% is one of the lowest. 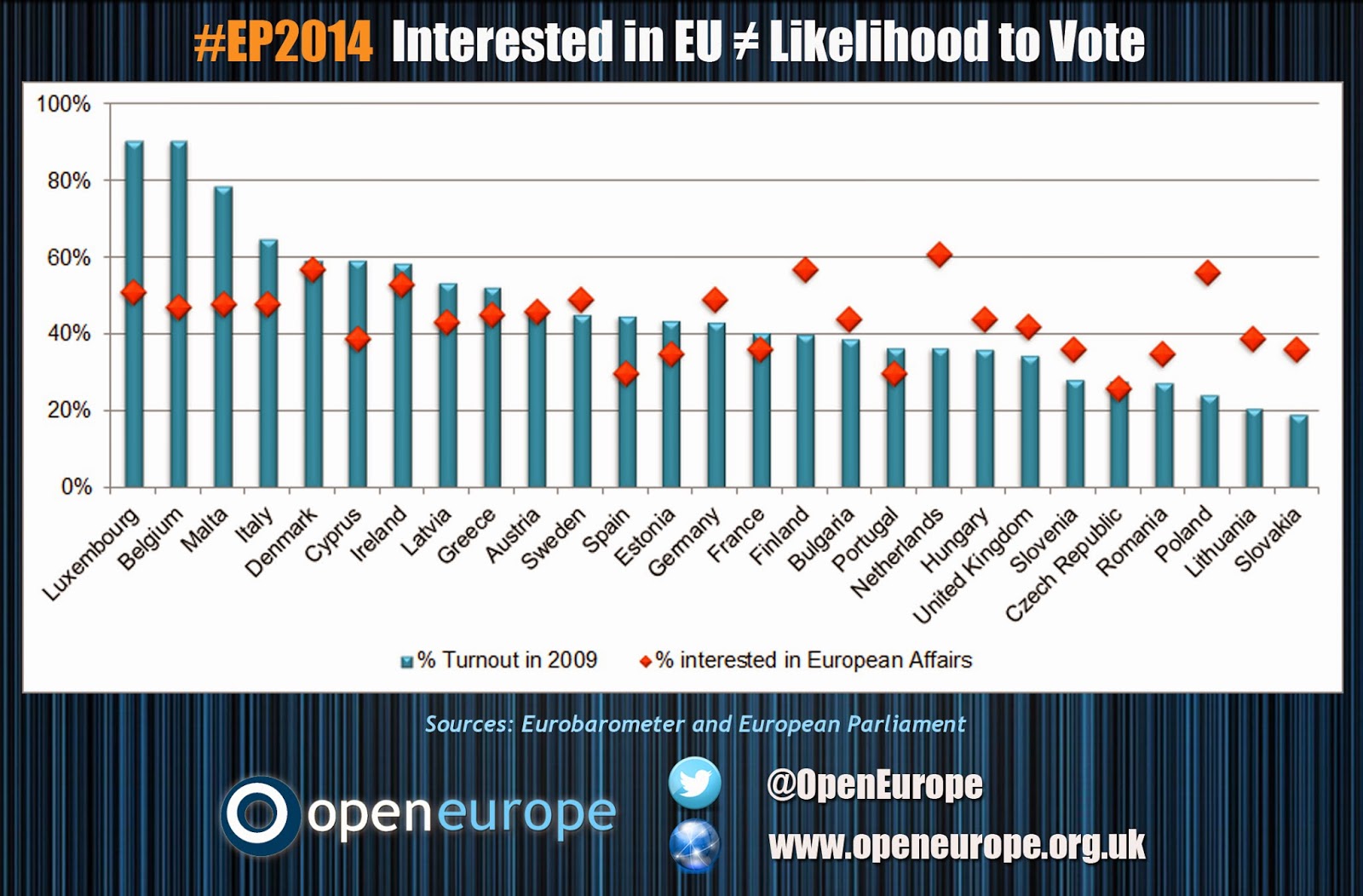 So those are some of the key problems – what about the solutions? While there is no quick easy fix to what is a complex and multi-faceted problem, the single most effective remedy would be to return democratic accountability closer to voters by boosting the role of national parliaments in the EU decision making process and not repeating the mistake of giving more powers to the European Parliament.
This would involve national parliaments being able to group together to block proposed EU laws and amend or repeal existing rules (see here for more details on this). In parallel, the European Parliament should be stripped of its right to increase the EU budget as it is national parliaments that are responsible for raising the revenue. In addition, MEPs should not be able to veto EU trade agreements agreed by national parliaments.

Meanwhile, the €85 million spent on fostering a common European political identity through the party families in the parliament and their affiliated pan-European political parties and foundations should be cut. The 2009 reforms to MEPs’ allowances should be completed by requiring all allowances, such as the general expenditure allowance (worth €51,588 a year) which is vulnerable to misuse, to be conditional on the production of receipts.