Have borrowing costs in the eurozone periphery come down too far, too fast?

Over on his Forbes blog, Open Europe’s Raoul Ruparel asks: is there a bond bubble in peripheral Europe? The thurst of his answer is that, while there are good explanations for why costs have come down so far and so fast, they could certaintly have side effects, not least because people misinterpret the reasons for the move. The full post is here, but below are the key points:

What is driving this and is it a bubble?
There are three key factors at work here:

This final point is driven home by looking at the rough and ready version of the ‘real yield’ on ten year debt in Europe (10yr yield minus HICP inflation). As the graph below highlights*, when this is done the UK actually borrows at a real rate which is 2% below Ireland’s. 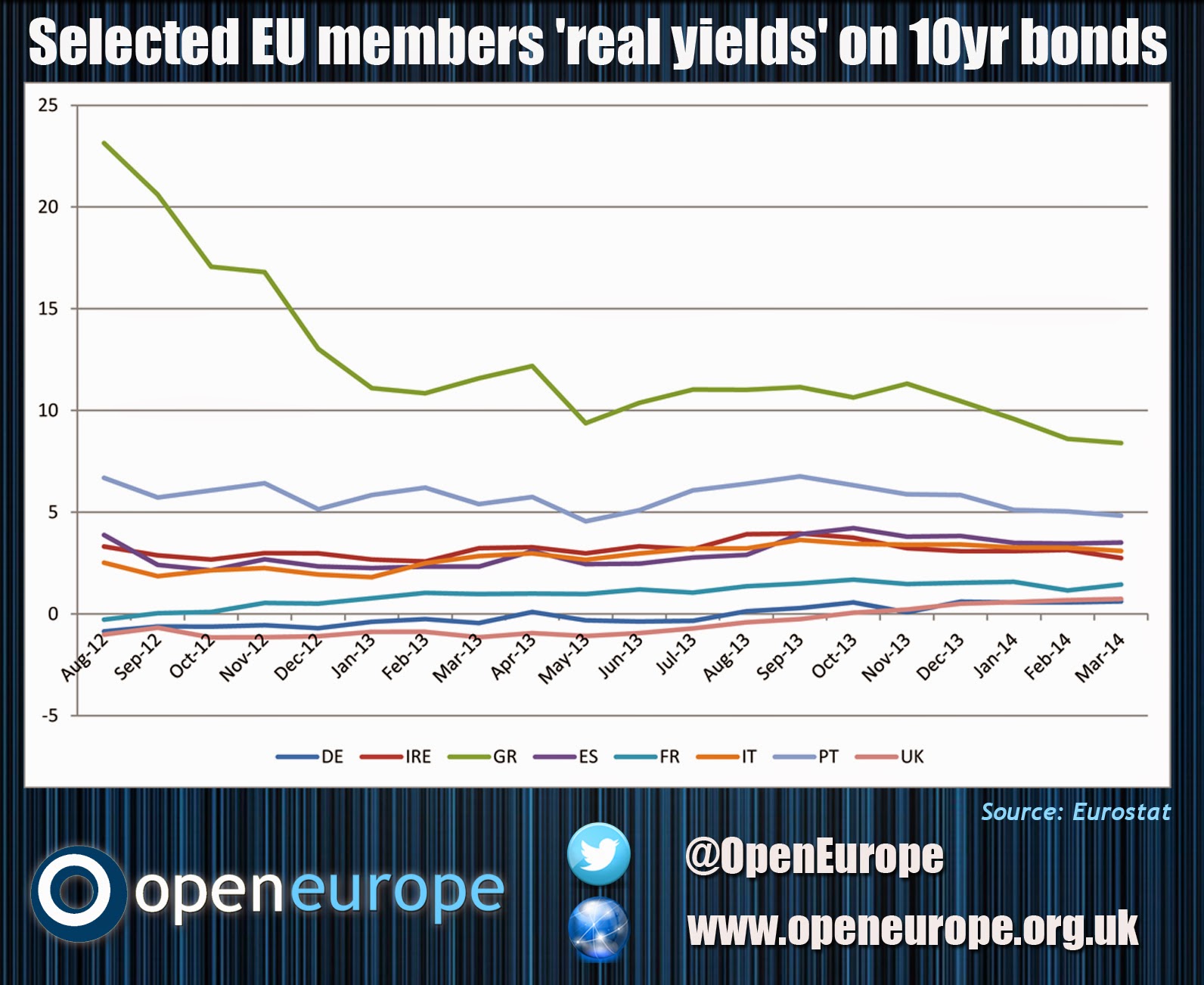 Could this present a problem? (Hint: Yes)
While the process of collapsing bond yields in peripheral Europe is explainable it does still present some serious causes for concern.

Ultimately, the crisis highlighted that too much price convergence without economic convergence and reform in the eurozone can actually be a bad thing, with resulting perverse incentives and negative outcomes. While the price action in peripheral bonds might not yet count as a ‘bubble’, investors and politicians would do well to remember these lessons when interpreting the record low borrowing costs.