So, Nick, how many laws come from Brussels? 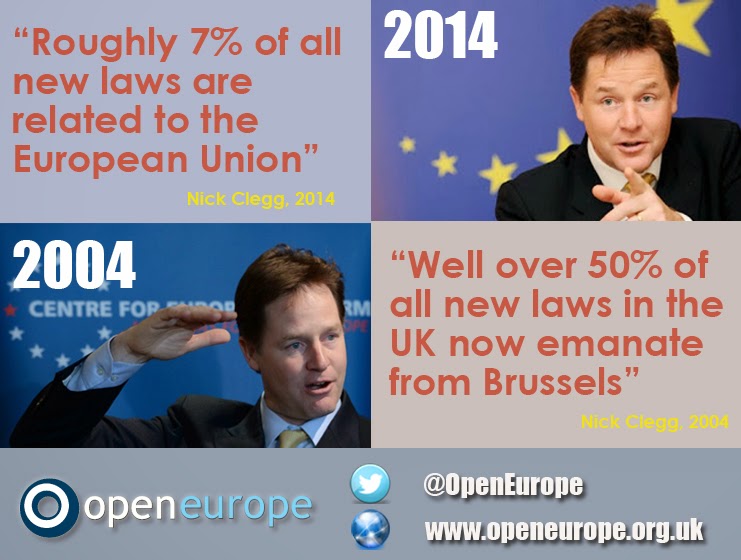 In the first IN/OUT Europe debate between Nigel Farage and Nick Clegg on 26 March, the leader of the Liberal Democrats claimed that the percentage of UK laws coming from the EU was 7%, citing research by the House of Commons Library.

This created much debate at the time, particularly as Nigel Farage claimed that figure was actually 75%, quoting the long-standing UKIP supporter Viviane Reding.

Probably half of all new legislation now enacted in the UK begins in Brussels. The European parliament has extensive powers to amend or strike down laws in almost every conceivable area of public life.

And in case that was an accidental slip of the keyboard, here he is again speaking in 2004:

Well over 50 per cent of all new laws in the UK now emanate from Brussels and are processed by Parliament and that MEPs are now arguably some of the most powerful legislators in Europe.