Bonjour Monsieur Cameron, there are potential allies on EU reform on the other side of the Channel 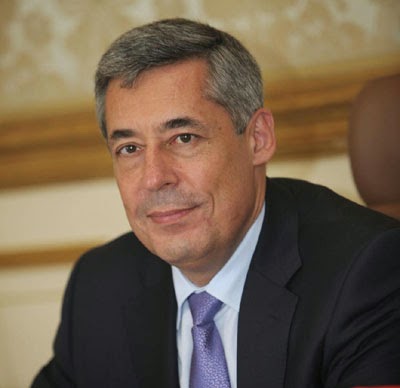 Henri Guaino, a French MP from the centre-right UMP party and a former special advisor to President Nicolas Sarkozy, has an interesting interview on Europe in today’s Le Figaro. Here are some key excerpts:

Q: What is the European Union, according to you?

A: The EU is France, Italy, Germany, Spain, Belgium…The [European] Commission, Parliament, Court of Justice are just institutions at the service of the states and the peoples of Europe. It doesn’t make sense to speak of a general interest of the EU that transcends the interests of these peoples and these states. Institutions never transcend anything.

A: It’s not the EU that created peace, it’s peace that created the EU, and the idea that one guarantees peace on the continent by weakening the states is a dangerous one: for years, the weakening of states has been going hand-in-hand with the rise in Europe of populism, extremism and social tensions. Let’s be wary that the federalist dream doesn’t turn into a nightmare.

Q: Are the European institutions in need of reform?

A: The institutional Meccano has hit its limits: every reform has just given birth to a bit more bureaucratic monster. There are only two democratic institutions: the [European] Council of heads of state and government, and the [European] Parliament. The Council is more democratic than Parliament because heads of state are more accountable to their fellow citizens than MEPs. It is not certain that democracy has gained a lot from shifting from an assembly composed of delegations from national parliaments to a directly elected assembly. But if there were only one decisive reform to be made, it would be to eliminate the prerogatives of the European Commission and turn it into an administration under the authority of the Presidency of the Council.

[Subsidiarity] is working the wrong way round. The EU tends to leave to member states what it can’t do. On the contrary, it needs to be asserted that the EU is only destined to do what member states can’t do. This principle must allow member states to take competences back from the EU, which has too many.

He also suggested that the principle of ‘variable geometry’ (in plain English, different levels of integration within the EU) should be “applied systematically”.

Yes…The EU has buried the historical, geographical, cultural and demographic realities underneath the rules, the bureaucracies and the procedures. But realities always avenge themselves when they are ignored.

To put this interview into context, Henri Guaino belongs to the same party as pro-integration MEPs such as Alain Lamassoure or Joseph Daul – which illustrates that ‘Europe’ is an issue that cuts across parties in a number of countries, not just the UK. Secondly, David Cameron may have allies in unlikely places, which if cultivated could prove helpful in a future negotiation.