ECJ throws out UK’s FTT challenge, raising questions about whether it can be trusted to police the EU treaties 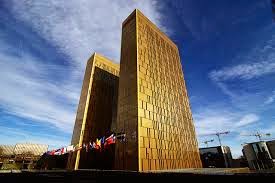 This morning’s ECJ judgement that the UK’s legal challenge against a proposed Financial Transaction Tax (FTT) is premature was what many had expected. The UK had challenged the decision to authorise the use of so-called ‘enhanced cooperation’ (where a smaller group of EU members can move ahead with legislation even if it does not have broader EU support) for the FTT. For the UK Government, today’s result is not what it had hoped for (an annulment of the decision to authorise enhanced cooperation), but neither is it the worst outcome.

Today’s ruling effectively said that the court could not rule on the UK’s substantive objections to the FTT since the final shape of the tax is unknown and subject to further negotiation between those taking part. This does not prejudice the UK’s ability to mount a second challenge once the final FTT has been agreed and its implications are clearer.

“It is clear that the objective of the contested decision is to authorise 11 Member States to establish enhanced cooperation between themselves in the area of the establishment of a common system of FTT with due regard to the relevant provisions of the Treaties. The principles of taxation challenged by the United Kingdom are, however, not in any way constituent elements of that decision.”

“The two pleas in law relied on by the United Kingdom in support of its action must be rejected and, accordingly, that the action must be dismissed.”

“Those effects are dependent on the adoption of ‘the counterparty principle’ and the ‘issuance principle’, which are however not constituent elements of the contested decision, as stated in paragraph 36 of this judgement.”

“That review should not be confused with the review which may be undertaken, in the context of a subsequent action for annulment, of a measure adopted for the purposes of the implementation of the authorised enhanced cooperation.”

However, while the UK will get a second stab at challenging the FTT, today’s ruling poses major questions about how ‘enhanced cooperation’ works and how it is used in the future. The EU Treaties stipulate that authorisation of enhanced cooperation (which is given by a qualified majority vote of all EU member states) is conditional on the proposed legislation respecting the integrity of the single market and not impacting on those not taking part – this is meant to be a legally enforceable safeguard for those countries not participating.

Enhanced cooperation is a relatively new phenomenon that has only been used twice before (for a European Patent Office and divorce law), but it could have huge implications for the future of the EU and Britain’s place within it. In an increasingly multi-tier EU, enhanced cooperation may be used more often by countries that want to integrate further. For those that don’t wish to follow suit, it is vital that their rights in the single market are respected.

Let us start with an analogy. Imagine you had agreed to let your neighbour build a new house based on a certain agreement and set of plans. Halfway through building it becomes clear that he has adopted a new plan which will hamper your view or infringe on your land. You appeal to the council but they rule that it is too soon to tell where the house will end up and that they can only rule when the house is built. Tearing down a house is much messier and more costly than stopping one being built in the first place. Hardly seems efficient or fair, does it?

Yet, in this case, this seems to be what the ECJ has done. It has effectively decided that it could not decide whether the decision to authorise the FTT proposal does respect the rights of those not taking part because the final outcome of the FTT negotiations cannot be known now. This is strange because this is by definition true in pretty much all cases of enhanced cooperation, since the countries involved negotiate the finer points of the legislation amongst themselves after getting approval to go ahead.

While this may seem legalistic and technical it raises a fundamental question: are the authorisation criteria for enhanced cooperation worth anything? Surely, any decision on the use of enhanced cooperation should be made on the basis of the proposal that is on the table, irrespective of whether it might change (for the better or worse) by the time it is finally agreed as a legal act, which could still be challenged in any case. The potential spill-overs should be examined before those member states not involved give those involved the go ahead. Otherwise they are ultimately authorising an unknown piece of legislation, which once it has built up a political head of steam could be much harder to challenge later on.

By its very nature, enhanced cooperation will be used for controversial proposals but today’s ECJ judgement has increased uncertainty surrounding this procedure (it was already uncertain) and undermines the logic of the process for authorising its use. We cannot know what the long term implications of this will be for the EU and the UK but they could be important.

As for the FTT, the UK will have another chance to challenge the final legislation (which may end up being watered down anyway due to concerns from those taking part) but by the time it gets to that point, there will be so much political capital invested in it, it may make it harder for the court to strike it down, even if the UK has good legal grounds.