Would it not be easier if ‘Brussels’ simply dissolved the people and elected another?

In less than a month’s time voters across the EU (that is those who decide to vote) will head to the polls to elect the new European Parliament. Ahead of the elections there has been a lot of speculation about the surge in support for a range of populist anti-EU, anti-austerity, anti-immigrant and anti-establishment parties and what this will mean.

Breaking the parties down into these sub-groups illustrates that the potential ‘anti-EU vote’ is a complicated phenomenon. In a new briefing published today, we estimate these parties could win as much as 30.9% of the vote in May, up from 24.9% in 2009. This will give them 218 out of 751 seats (29%), up from 164 out of 766 (21.4%) in the current parliament. (You can see our criteria for categorising the parties in the briefing).

These parties, loosely termed by Open Europe as the ‘Malcontents Block’, span the political spectrum and differ substantially from each other, ranging from mainstream governing parties to outright neo-fascists, and will not therefore form a coherent block. The largest increases are among the anti-establishment parties typified by Beppe Grillo’s Five Star Movement in Italy and the anti-EU vote is largely driven by the rise of the Front National in France and UKIP in the UK. Having said this, we acknowledge that the European elections are in part used by anti-establishment parties to drive a domestic agenda, sometimes with limited links to “Europe”. Still from free movement to the bailouts, European issues are now trickling through to voters’ decisions.

However, despite the strong performance of these anti-EU parties, the EP will continue to be dominated by parties which favour the status quo or further integration. The vote share of parties identified by Open Europe as being ‘critical reformers’ – parties which believe the EU needs fundamental reform if it is to survive – is set to go from 53 to 39 seats.

The net effect of the anti-EU vote could therefore ironically be to make the EP more integrationist: by crowding out critical reformers, by reinforcing the corporatist tendency of the two main groups who will want to freeze out the anti-EU MEPs, and by binding the EP and Commission closer together.

Another one to watch out for is voter turnout. If turnout is roughly the same this time around (43%), we estimate that 74.4% of all voters will have voted against the EU, for radical change, or not bothered to vote at all, with only 25.6% of all eligible voters actively turning out to vote in favour of status quo/more integration parties.

This is not to say that all ‘non-voters’ are anti-EU or anti-status quo – some have tried to put words in our mouth to that effect (somewhat predictably). However, it clearly reinforces the European Parliament’s remoteness from voters and the thin democratic mandate that MEPs can rely on to push their agenda in the Parliament. Some may be tempted to see voter apathy as a ‘net neutral’ – we don’t know how these voters would vote after all and they’re voting for other things apart from Europe anyway. This is a familiar argument that has been used many times in the past as a pretext for pressing ahead with more integration. However, to conclude that voter apathy in fact means ‘endorsement’ is naive, intellectually dishonest – and outright dangerous as it’ll only create even more fertile ground for an even more hostile response in future.

Worryingly for the UK and other liberal minded EU governments, the share of MEPs explicitly dedicated to free market policies is also expected to fall from 242 (31.6%) to 206 (27.4%).

All this means that the EP elections may be bad news for David Cameron. The EP has an effective veto over some of Cameron’s potential flagship reforms (outlined in his recent Sunday Telegraph article), including EU-US free trade talks, services liberalisation and rules on migrants’ access to welfare. 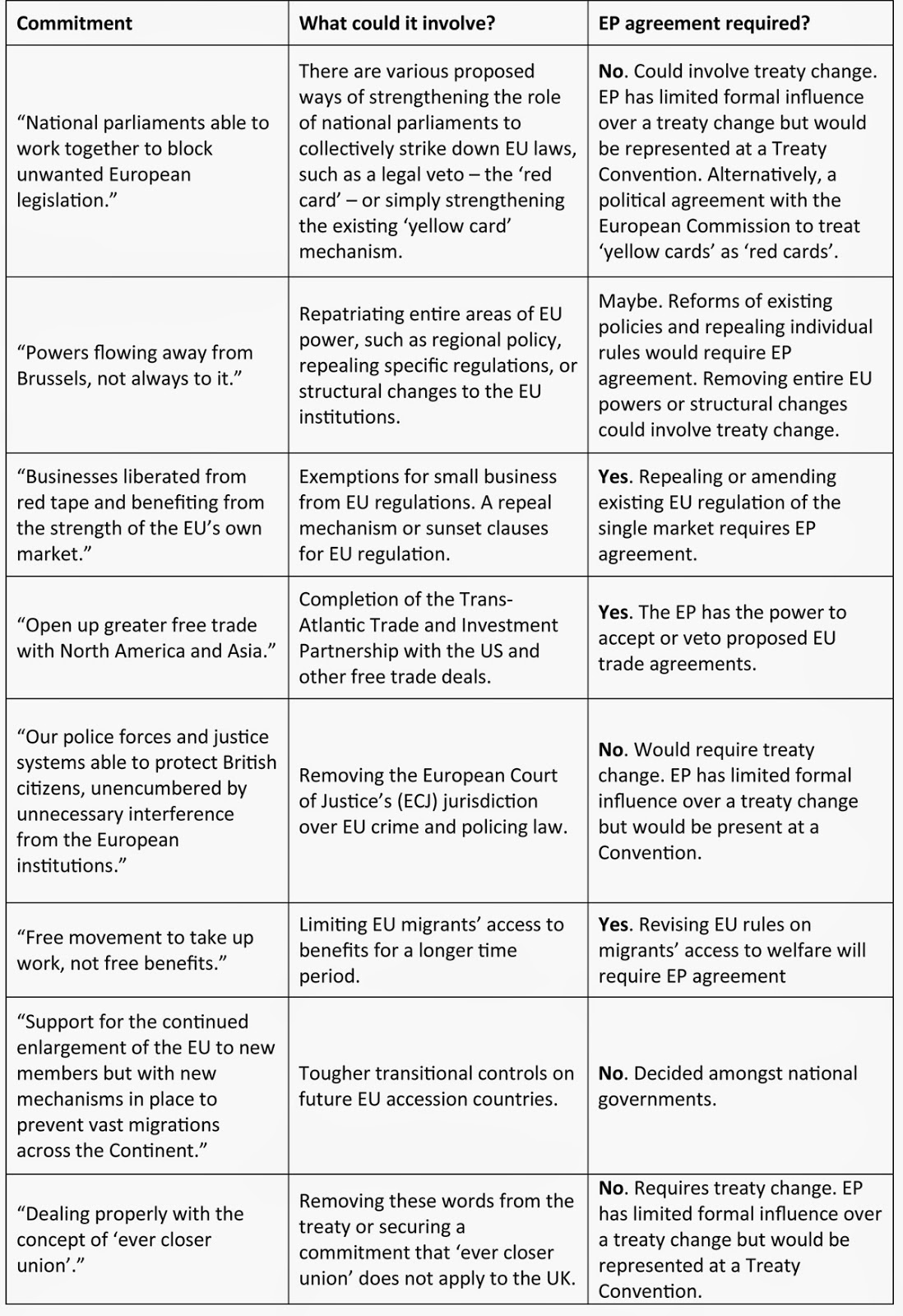 The consequence of giving the European Parliament more and more power under successive EU treaties is that these elections matter. MEPs now have equal status with national governments in the vast majority of EU policy areas from regulating working time to bankers’ bonuses. Despite this, turnout has fallen in every European election so far and this time around we could see more anti-EU MEPs elected than ever before.

The usual response from the Brussels bubble to voter apathy is that people don’t ‘understand’ the EU. Perhaps, this time politicians might spend more time trying to understand why the electorate is looking for alternatives to the likes of Schulz, Juncker and Verhofstadt or not bothering to vote at all.